Posted on September 13, 2016 by agirlandhercommander 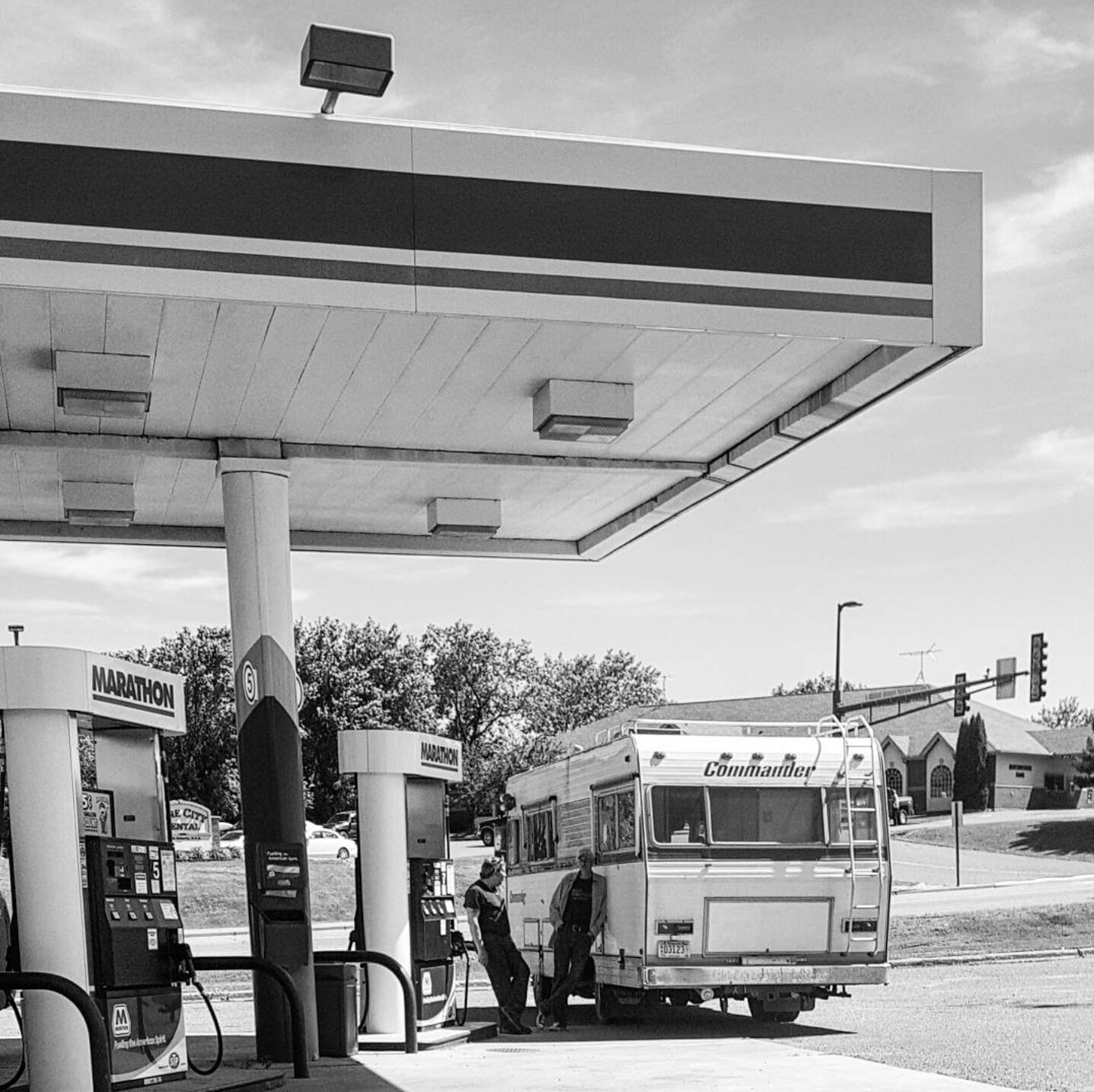 I mentioned previously that I managed to score a sweet deal on Mander (that’s the nickname I have now given The Commander). I bought her off of Craigslist from a guy named, Guy. When I called to ask him for more info on Mander it immediately felt like I was talking to family. I trusted him and felt really good about making this life changing purchase from him. In the time that I looked at Mander and then when I returned with my Dad to pick her up, he unloaded an insane amount of useful knowledge about my new home. I did my best to consume it all and I took as many physical notes as I could but I think I probably missed a lot. I mean, I know I didn’t even scrape the surface, this dude knew his Commander inside and out.

My Dad and I said farewell with instructions on where to get the topnotch gas and the additives Mander requires. I nervously putt-putted my way to the gas station where we started the painfully slow process of filling the tank. You see, Mander has a lot of quirks. She can only drink her gas so fast or she chokes on it and spits it out. So here I am very carefully pulling the gas nozzle trigger when Guy pops up with the additives in his hands! He said he was running to get smokes and he saw us filling up, knew we would be there a while (he said first time he filled her up it took him 30 mins! Lol!) and decided to just bop on over to O’Reilly to pick us up the gas additives. WHAT-A-GUY!

Now fast forward a couple months. The struggle is real. I’ve started to tear into Mander and I have a pretty consistent feeling of “holy shit what have I got myself into” lurking under the surface of my existence. A good family friend, Al the Electricity Wizard, came by on my most recent trip to help sort out the electrical. He was having a hard time understanding everything so he got Guy’s number from me so he could ask him some questions. Al got the answers he needed and I was told to give Guy a call to discuss some other things that came up. I had thought about calling him a few times after I bought Mander, and he had told me that was totally ok with him, but I felt a little weird about bugging him. Now that I had direct orders to call him, I happily gave him a ring!

He spent 2 hours on the phone with me answering all my questions, discussing options, and feeding me the knowledge I so desperately need in a light-hearted, patient and kind way. If that wasn’t enough, he offered to drive the hour and 1/2 to my Dad’s and lend a hand. I got off the phone with him feeling smarter, empowered and extremely blessed! I think it’s fair to assume that if you buy a motor home off craigslist from a stranger that is probably the last you’ll ever hear of them. They most likely sold it because they wanted to be rid of it, not continue to talk about and even work on it! How did I get so lucky?!? The Mystical All Knowing Higher Power really did pull some stings.

This journey is going to be an emotional one for me FOR SURE. There has already been so many ups and downs. I’ve been crying my eyes out at at least a ten fold increase but what brings happier tears to my eyes, are the things people are doing for me. Thank you Guy. Thank you Dad. Thank you Al. Thank you Uncle Buster. Thank you Mom for listening to me cry and emotionally supporting me. Thank you friends that have agreed to help me in the future. Thank you universe for taking care of me.

I have a pretty strong feeling that when everything is said and done, I will drive off into the sunset with very few belongings, not a lot of money but feeling like the richest girl in the whole world.