Posted on December 7, 2017 by agirlandhercommander 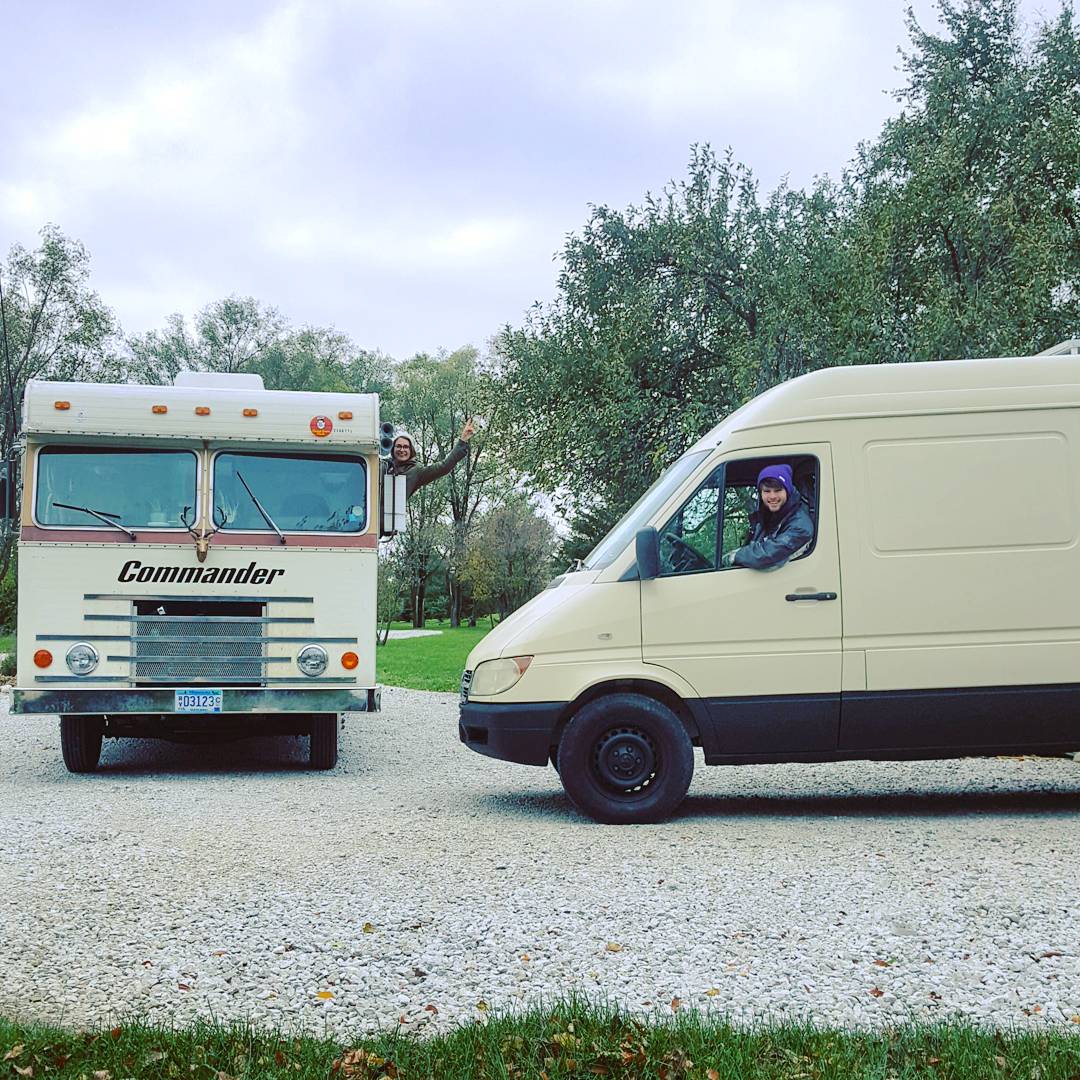 Mander has a way of knowing what’s best for me. Breaking down in Sky’s driveway worked out perfectly. About as perfectly as breaking down can go, that is. I was safe, in the care of a wonderful family and Sky was more than willing to help me sort out Mander’s problems.

We started to trouble shoot why she was refusing to start. We could see gas shooting into the carburetor and the starter was cranking over just fine. I put in a call to my Uncle Buster to get some more ideas. He suggested pulling a spark plug wire and sticking a screwdriver in it to confirm that we were also getting spark. Thank God Sky was willing to be the guy to do the screwdriver jammin’ while I cranked. I don’t know exactly why I’m such a wussy when it comes to arcing things or playing with electricity, but I am. It feels like I’m asking myself to jump off a cliff. My body is like, “No way Jose am I doing that! Girl you’re cray!” and freezes. So Sky jammed the screwdriver in the spark plug wire and sure enough, it sparked like the dickens. Ok. So we had fuel, power and spark. All the things an engine needs. Everyone was stumped. I voted to just let it be. Sometimes Mander just needs to chill, you know?

Sky and I spent the rest of the night checking out his build and chatting about the trials and tribulations a person goes through taking on something like this. Talking to someone who “gets it” can be so cathartic. 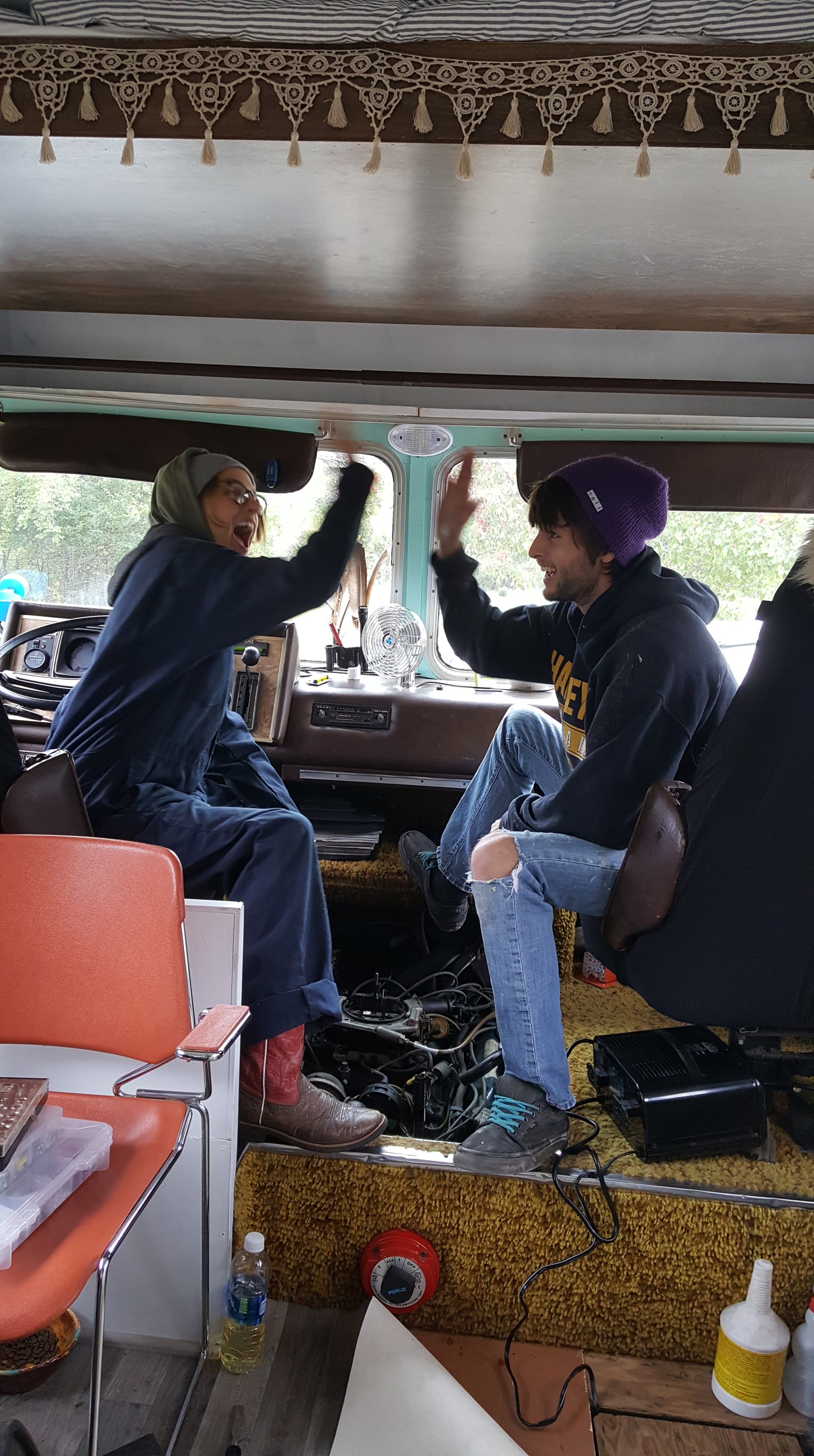 Sky was a bit startled to say the least, but we were both happy that she was running! We noticed that she seemed to want to die if I didn’t have my foot on the gas and came to the conclusion that although the fuel filter looked pretty dang clean, maybe she needed a new one. At $6, it was worth a shot. We got a new one, replaced it and that seemed to take care of the problem. It turns out Mander is VERY particular about getting ALL of her fuel. And she will let it be known if she is missing  even the smallest amount.

On to the next problem. My tranny was not shifting properly and getting worse all the time. Now that Mander was running we could check the fluid. Luckily, it was low! That should be a quick easy fix. So we set out to grab some fluid. I also picked up some treatment to add in because I had no idea if and when the fluid had ever been changed. We started the process of adding fluid, warming it up and checking it. We could not figure out why the level wasn’t going up on the dipstick. Until we were embarking on yet another test drive, I pointed out the trail of drips going in and out of the driveway. Sky jumped out of Mander to inspect and it was a good thing he did. Because at this point, Mander wasn’t just dripping tranny fluid, she was gushing it.

We promptly turned around and crawled under Mander to have a little looksy. It didn’t look too bad actually. There was a rubber tranny line feeding onto a metal line and it looked like the clamp wasn’t doing it’s job anymore. Together, we put on another clamp, added more fluid and went for one last test drive. She was shifting much smoother now that she had all the fluid she needed. More and more I’m learning to not freak out when things stop working right. For all I know, it could just be a $6 fuel filter and a clamp.

After spending a long day being in and out of the wind and cold, Sky’s parents offer to pick up a hot dinner sounded heavenly. We all gathered around the dinner table, ate delicious food, laughed and got to know each other better. I said my goodbyes to his fantastic parents, Terri and Dan, because I was all set to leave in the morning. Sky and I headed out to Mander and spent the rest of the night deep in conversation about anything and everything. Everybody was so easy and fun to be around, I couldn’t have imagined it any better.

I left in the morning with a full heart. Sky had a new fire in him to complete his build. Mander left her mark in fluid stains on their driveway in case they ever needed a reminder that she had been there. It wasn’t getting any warmer in Iowa any time soon, so I was eager to keep pushing south. I am so grateful to this family for taking me in and helping me along. I am especially grateful to Sky for taking that big, smokey Mander fart to the face for me. I owe ya one, buddy. 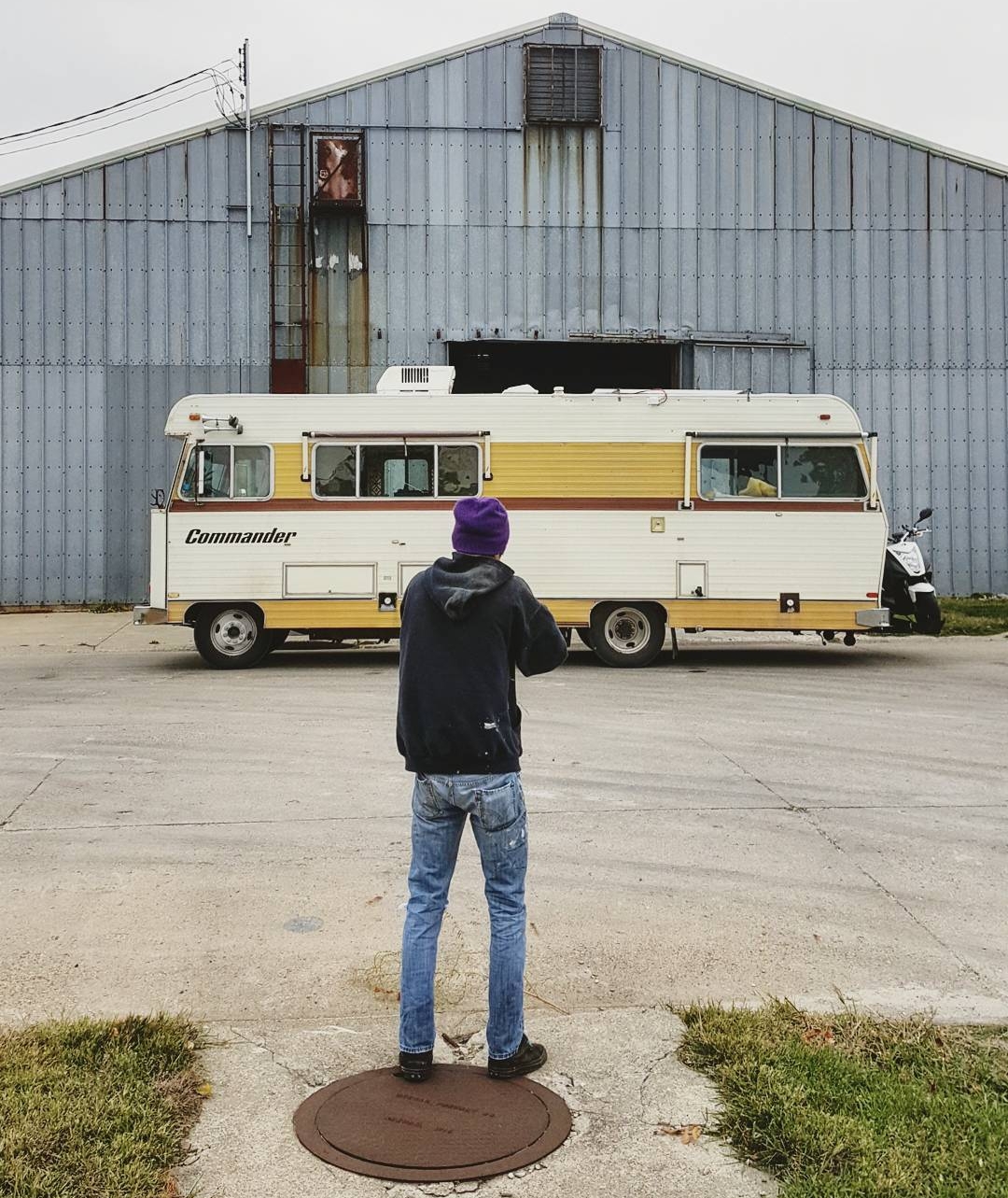 7 Comments on “The Smith’s”