Posted on February 3, 2018 by agirlandhercommander 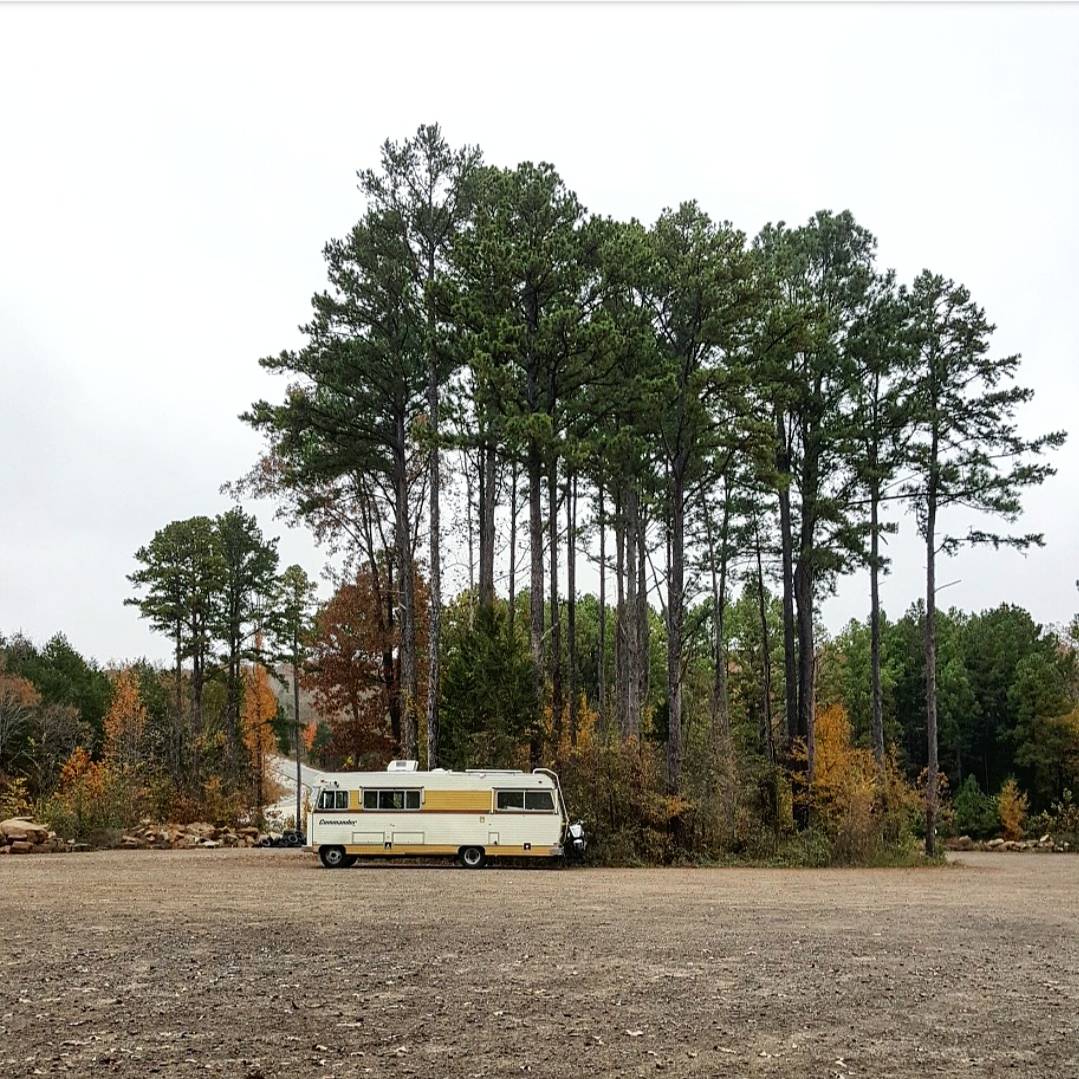 After leaving Wal-Mart, I spent one night in a casino parking lot and then headed for Arkansas. I was debating hitting up the Ozarks but wasn’t sure I wanted to get all up in them. I found a spot I wanted to visit, Natural Dam, and it looked like I could get to it without going through the mountain roads. It would be a long day on the road but it seemed doable. I went for it.

I was using freecampsites.net to direct me to a free primitive campsite just outside Devil’s Den, which was in the Ozarks. I made it to Arkansas without a hitch and took the turn to skim the outside of the park to get to the campsite. Or so I thought. As soon as I took that turn, I felt like I might be getting in over my head. As I got further and further it was becoming clear that I was, in fact, over my head. I was headed straight into the park and the road was becoming a legitimate mountain road. Tight turns, narrow lanes and steep hills. I had to manually shift Mander into 1st gear to get up the hills and 2nd gear to keep me going slow down them without riding my brakes. It was getting too late to make a different plan and I felt like I was past the point of no return. I was Stressin. So. Hard.

Then I lost a phone signal and bye bye GPS. I drove until I found the headquarters for the park so I could ask where the heck I was supposed to be going.  The lady said she thought she knew what I was talking about and I had missed my turn. I was supposed to turn around, hang a left onto a gravel road and then it would eventually open up to a lot outside of the park where you could primitive camp. I had seen that gravel road on the way in and it looked intimidating. I mentioned that to her and she assured me it was totally fine and made it seem as if I wouldn’t be on it for long anyway. I reluctantly turned around and headed for that gravel road.

The gravel road sucked. It felt totally precarious and dangerous. The angle of the road had me leaning towards the edge of a cliff while winding up and down switch backs. I had to go so, so, slow because I was terrified and it was such a rough ride. The sun was setting and I wasn’t seeing this pull off spot. I was starting to worry I would never make it there in time and I would be stuck driving on this road in the dark!

Just as the last bits of sun were dipping below the horizon, I saw what I thought might be the spot. I stopped in the road and looked at it. I looked at my phone, no signal whatsoever. I looked at the pull off and couldn’t find anything that reassured me I was in the right spot. I thought about how Mander had been giving me troubles starting lately and what would I do if she decided not to start out here? I was totally exhausted from a long, stressful drive and unless I wanted to continue on this awful road in the dark, I really had no choice but to park. So I pulled in. Not a soul in sight. I hopped out and took this picture. I had tears in my eyes and felt completely rocked. 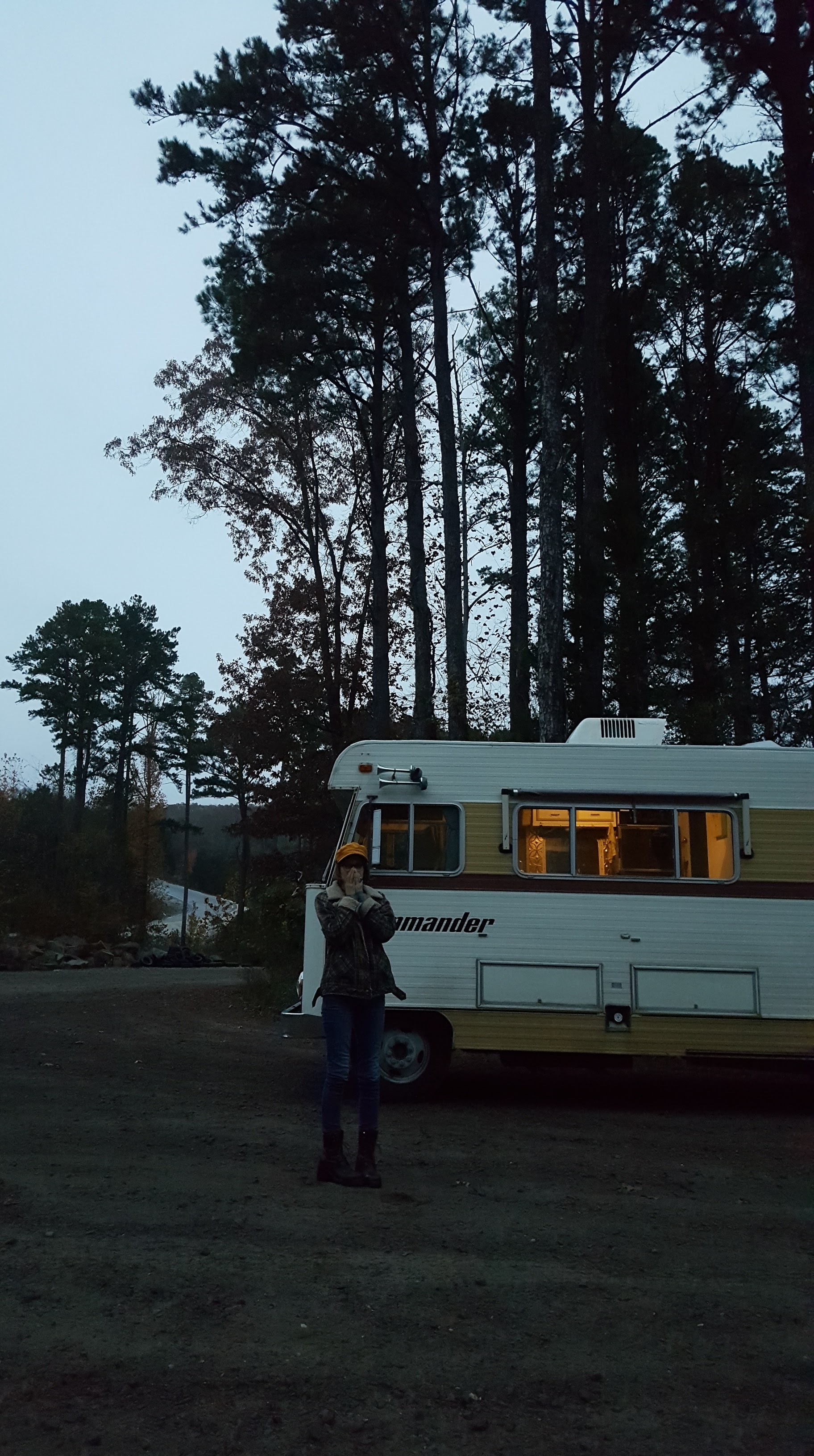 I crawled back into Mander after this photo, grabbed my wine out of the fridge, fell into bed, profusely apologized to my cats and balled my eyes out. It’s moments like this you question all your choices. Like, what the hell IS my life? Why did I choose this for myself? I wasn’t ready for that kind of drive. I had only been driving Mander for less than 2 weeks and certainly didn’t feel like I had mastered her on normal roads, let alone mountain roads. I felt awful I had bounced my cats around for so long. I felt scared that I was out in the middle of nowhere. I felt stupid I was so ill prepared. I drank my wine. I licked my wounds for a little while, then decided I would get up the next day, enjoy being in nature and not let myself think about whether Mander was going to start or not. I told myself that worst case scenario, I would have to drive my scooter for help. No big deal Jessy. Geeeeeez.

The next morning I woke up and did what I had promised myself. I made some coffee and took a walk. 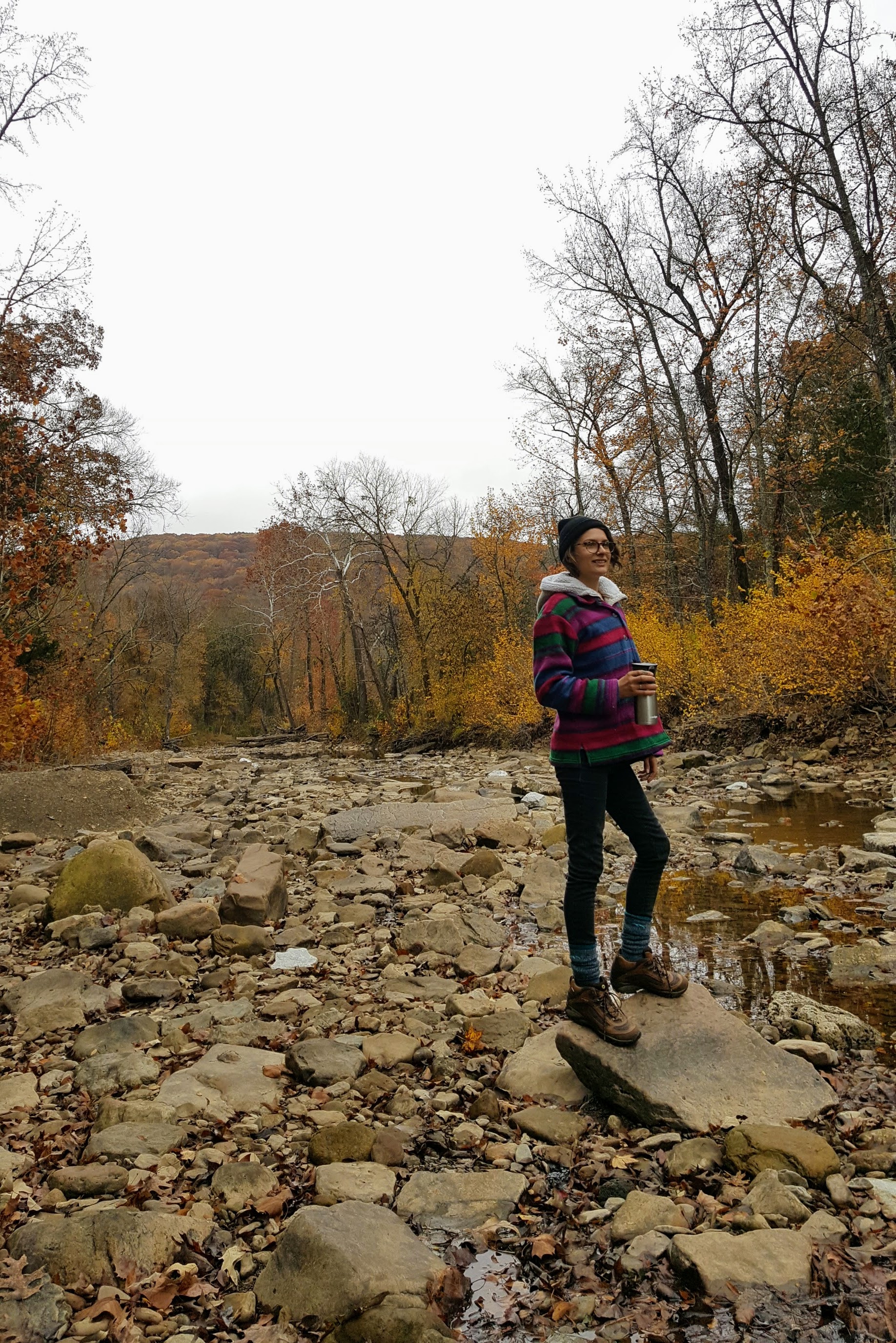 I lasted maybe 30 minutes before I was getting anxious to see if Mander would start or not. I headed back and got in the driver’s seat. It was the moment of truth….she started! I was elated. I buckled up and got back on that crap road. Then I made it to a paved road and started to relax a little. I was going to make it out of the Ozarks in one piece! Hooray! 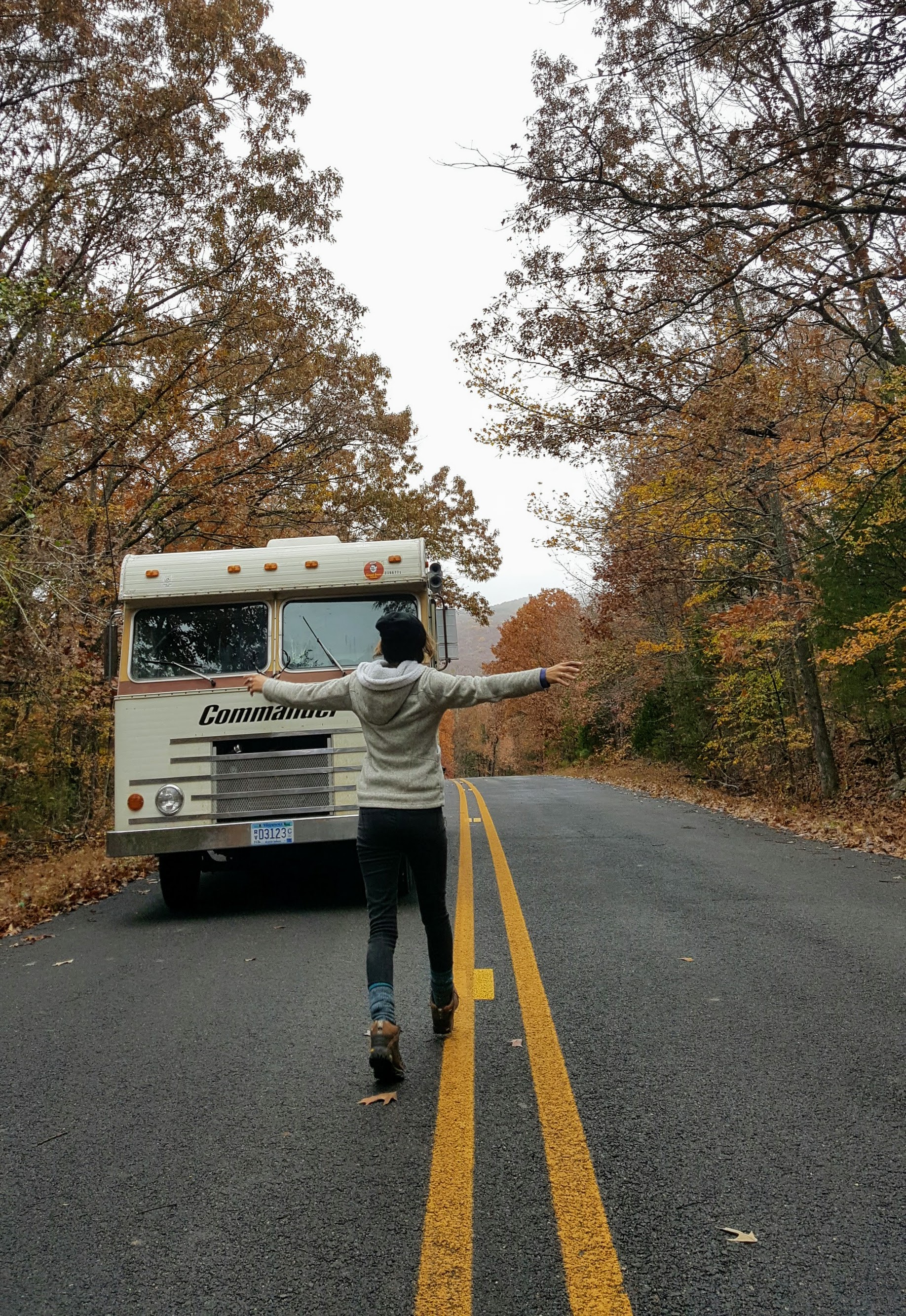 This paved road led to a small town, which then led to a much bigger town. I spotted a Wal-Mart and, oh boy, was that a welcomed sight. I pulled into Wal-Mart and checked Mander’s fluids. The tranny lines Buster and I had repaired had held. I had lost some oil but not as much as I had suspected. I had worked her engine and transmission pretty hard and she handled it like a champ. I hadn’t gone to Natural Dam and I certainly didn’t enjoy my time in the Ozarks but I sure felt like Mander and I had accomplished something major. My first mountain road drive was under my belt. That’s not nothing.

← Down For the Count
Tishomingo, OK →