Posted on April 2, 2018 by agirlandhercommander 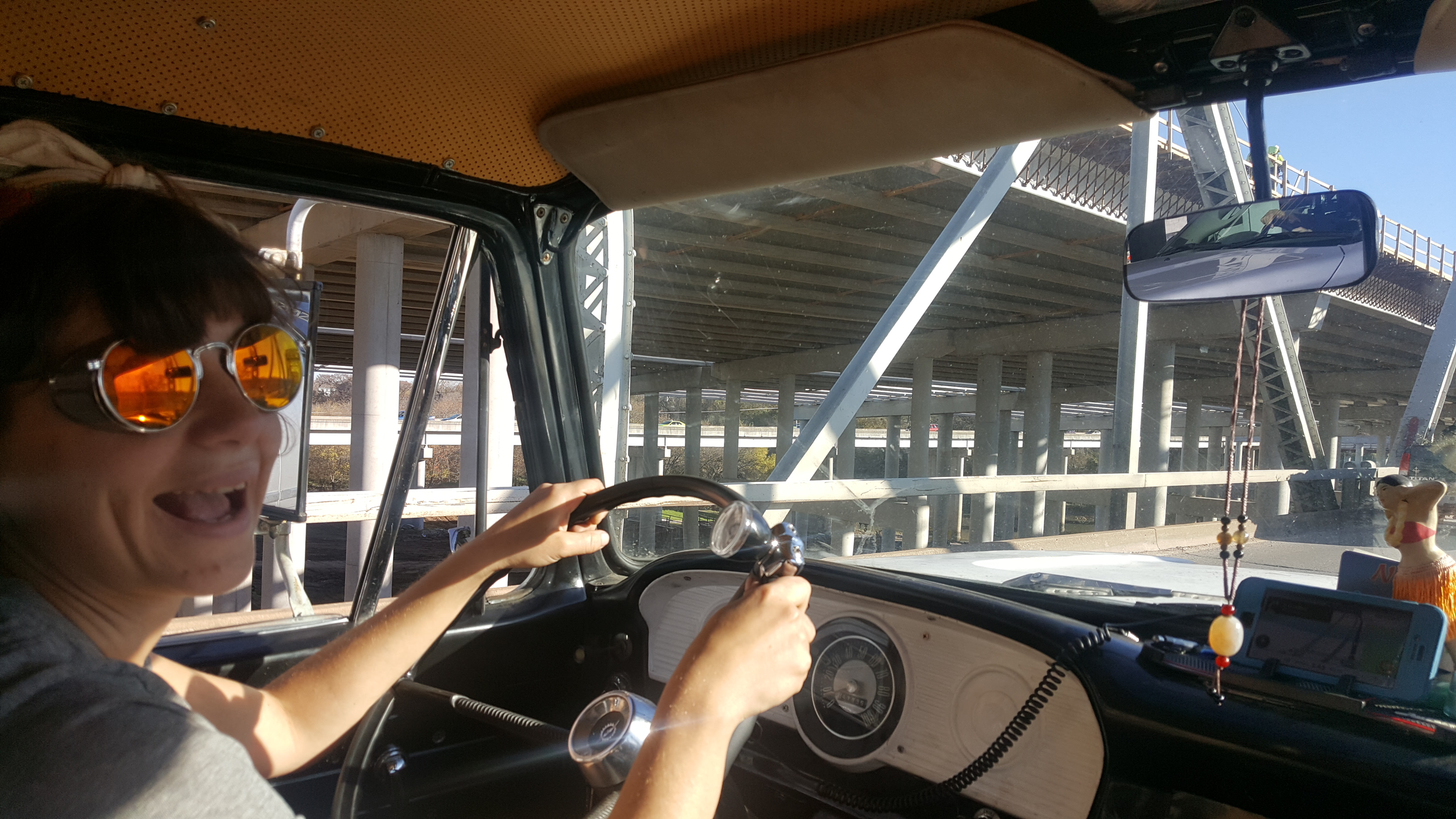 Way back when I was building my home in Mander, there was a girl in California, named Alice, building a transmission for her 1963 Ford truck. We found each other on Instagram and began bonding over how in over our heads we were. We both had taken on enormous projects with no previous experience, in hopes of making our dreams come true.

For months we kept in touch regularly, building a friendship through text. We cheered each other on, commiserated when things sucked and found inspiration in one another. We had pretty different tasks at hand but ultimately, our tasks were asking for a whole lot of perseverance. Both of our projects constantly tested what we were made of and when most people would have walked away, we didn’t. Our end goals were different too. Alice was planning to move to New Orleans while going after a lifelong dream to drive the historic Route 66 and I was planning an indefinite amount of time living on the road. Still, Alice and I had more in common than most people I had met in my life.

When it became clear that we would both be hitting the road around the same time, we agreed it would be a mortal sin if we didn’t meet up. Since we were both driving old rigs, we moved at turtle speed. We were also having our fair share of mechanical hiccups, so we didn’t plan anything concrete. I just kept heading south and she just kept heading east. When I hit Austin, I knew it was probably the only place that would make sense for our paths to cross. Alice needed to head south eventually and after Austin, I was going to start heading west. I proposed the idea of meeting in Austin knowing she would have to cut Route 66 a bit short if she agreed. Luckily, Alice thought her Route 66 dream would feel fulfilled by then and she agreed to head south and meet in Austin. At this time, she was in Arizona about to head into New Mexico. I told her that I was enjoying my time in Austin so I had no problem hanging out and waiting for her. We calculated how many days it would take to get to Austin and then added on a bunch more to account for what she was driving. We guesstimated in roughly a weeks time, we would be meeting each other in real life!

Well, we were very wrong. Alice broke down just over the border in New Mexico. Through a string of magical Instagram fate (this is her story to tell, check out her blog!), she met an amazing human to help her sort things out. She ended up staying 3 weeks while she and this kind stranger remedied many of her trucks problems. I said I would wait for her, so wait for her I did. If you read my previous posts about Austin I found plenty of things to do so it really didn’t feel like I was stuck somewhere I didn’t want to be.

When Alice finally got back on the road, she didn’t mess around. She started booking it to Austin and was making excellent time. I couldn’t wait for her to get there! Sure, there was a little nervousness regarding whether we were really gonna like each other or not, but I had a good feeling that we were gonna get along famously.

When I finally saw Alice and her truck, Betsy, pull up, I ran out of Mander and gave her a huge, long hug. We were stoked to see each other’s rigs in real life and immediately started fussing over how awesome they were. There was no initial awkward anything. It was like we had been besties our whole lives. 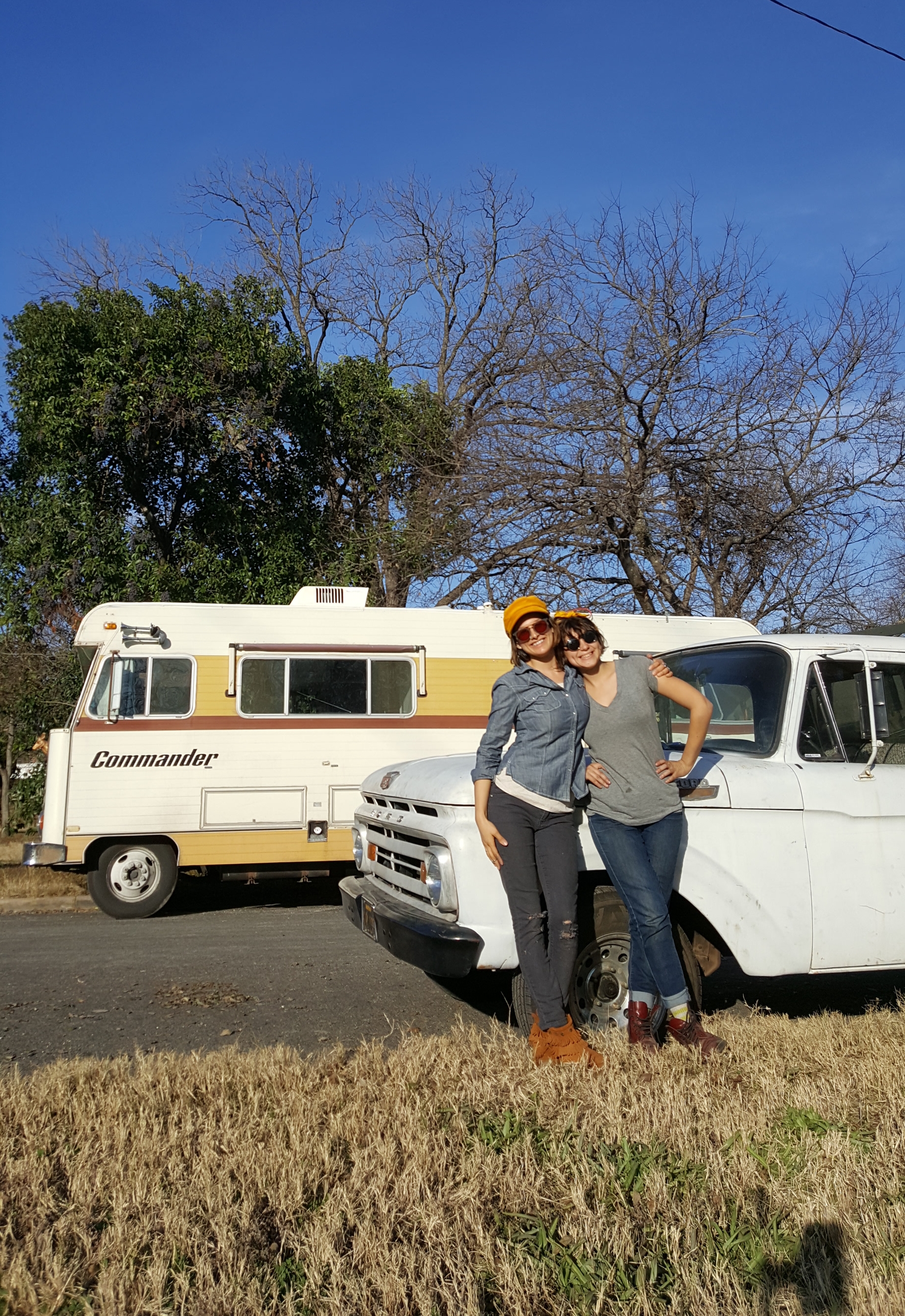 If this sounds like the beginning to an epic love story, well it’s because….it is. It’s about two people that admire and respect each other, coming together, fully supporting each other’s dreams, all while laughing their asses off. If that’s not love, then I don’t know what is. Alice and I went on to make some unforgettable memories together and I can’t wait to tell you about them! Turns out, when you put two strong, determined and a bit crazy women together that drive rigs older then they are, stories will be made.