Posted on April 30, 2018 by agirlandhercommander 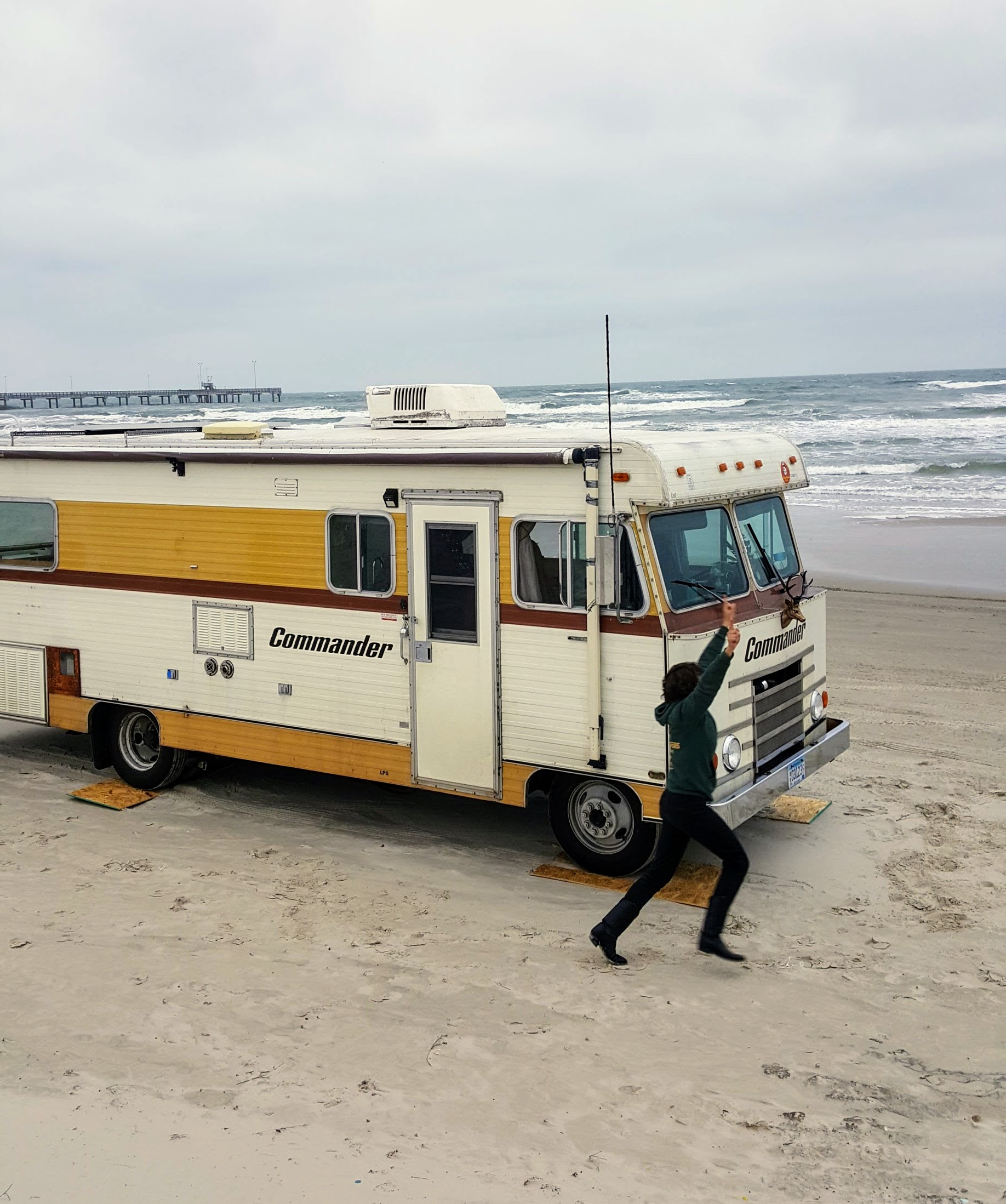 After Alice got her truck to the shop, she got right to work removing her truck’s transmission and diagnosing the problem. Once she got it torn apart, it was easy to see what had caused her to get stuck in third gear. She found she had worn synchro rings and some busted synch dogs.

The hunt for parts was on. Oddly, the more hard to find part, the synch dogs, were located in a friend of a friend’s bucket O’parts. The synchro rings, which are a more widely available part, were no where to be found locally and needed to be ordered. Once again, this was falling on another holiday, New Years, so shipping was going to be a little longer than normal. Alice’s hands were tied until the parts arrived.

The weather had been unseasonably cold in Austin and that wasn’t looking like it was going to change anytime soon. I looked at the forecast and saw that we were about to hit a pretty serious cold streak. A below freezing cold streak at that. Freezing temps are no good for any camper but especially not good for one that still has copper water lines. I had been toying with the idea to drive to the coast of Texas before I left the state and this seemed to be as good of time as any. It would still be cold there, but it would be warm enough that I wouldn’t have to worry about any exploding water lines. I proposed the idea to Alice and although she was a bit reluctant to leave her truck behind, she knew there was nothing she could do while waiting for parts and agreed to take the trip to South Padre Island with me. We were going to ring in the New Year on the beach! Albeit, a cold, windy, dreary beach but a beach nonetheless!

We were both super excited to get an opportunity to go on a proper Mander adventure together. Alice was going down the rabbit hole and into Manderland! I was thrilled to have the new experience of having someone with me for the first time ever. I pointed Mander towards the Gulf of Mexico, dumped a bunch of money in the gas tank and hit the road.

We knew we wanted to camp on the beach because…who wouldn’t? We had been told that South Padre Island has free camping, packed sand and is safe to take your rig on. Still, we took some precautions because we didn’t wanna be the idiots that got stuck in the sand. We swung into Home Depot and bought a 4×8 sheet of 3/4 inch chipboard and had them cut it into 4 pieces. The pieces would be stationed under the tires to help disperse Mander’s weight and prevent us from sinking into the sand over time. We loaded up on propane, food and champagne and drove the final distance to the island. I made it to the end of the paved road, right before it turns to sand and sat there with an idling Mander. I was so nervous to pull her onto the sand! I have never driven on sand before, let alone an RV on sand. I was expressing my concerns to Alice and she was like, “Just do it! It’s totally fine! Everyone does it, it’s not even a big deal.”

So I bravely put my foot on the gas and inched my way onto the beach. I was doing it! I was driving my 1978 motorhome on the freaking beach! It felt super strange as the softer sand yanked Mander’s wheels in different directions but we weren’t getting stuck. We were squealing with delight as we made our way down the beach looking for a place to park. When we found a place, I put it in park and not even a millisecond after Alice confesses, “Just so you know I would have never driven on this beach. You’re totally crazy for doing this.” This! Coming from the woman who was urging, coaxing and convincing me it was no big deal! Well, I guess everyone needs to be lied to sometimes. I wasn’t mad at her. 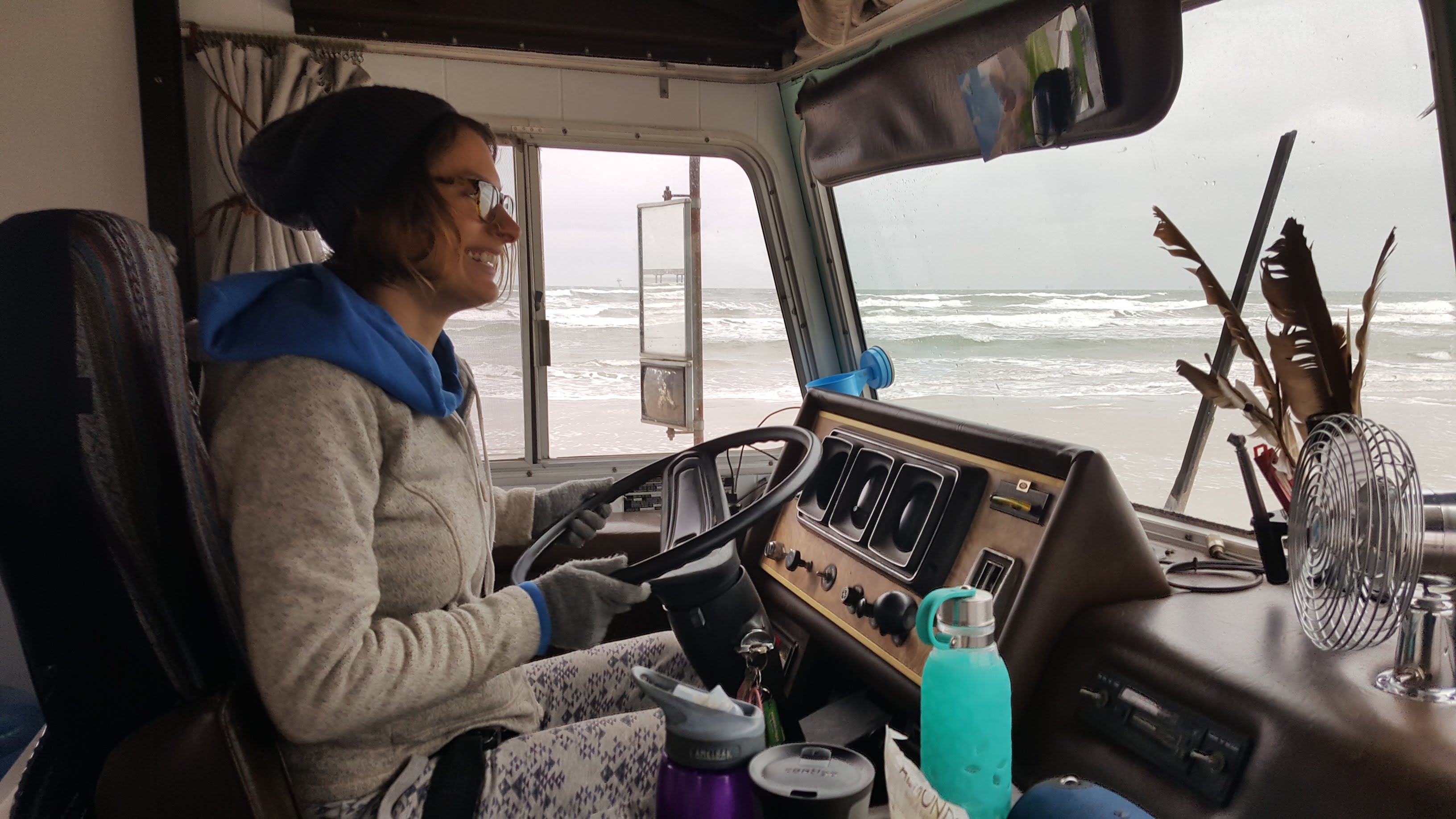 We hopped out and started lining the boards up under Mander’s tires. I pulled Mander onto the boards and then Alice and I proceeded to lose our shit. We ran laps around Mander, cheered and bear hugged each other. I climbed to the roof to fully take in this moment. I had dedicated over a year of my life to get to a place just like this. Not necessarily this beach, on this day with a friend I made off the internet, but I don’t think I could have possibly conjured up a better version.

If this were a movie, it would show a montage of me working on Mander day in and day out. Of me throwing down tools in frustration and dancing in celebration. Of me crying and laying in bed with aching muscles. It would show my rough hands, skinned knuckles and legs covered in bruises. It would show me working in -20F degrees and 95F degree weather. It would show endless trips to Menards. It would show loving family and friends answering cries for help and lending a hand. It would show my house finally coming together and me leaving MN with sad goodbyes. It would show me driving with no blinkers and white knuckles, breaking down countless times, blowing a tire and stepping into my coveralls as I limped my way south. It would show me crawling under Mander, taking the doghouse off and going to O’reilly over and over again. It would show me learning all the ways Mander needs to be tickled to run. Seamless and fluid clips documenting the hardest thing I’ve ever done so I could get to a place like this. Then it would show this. My dream realized. 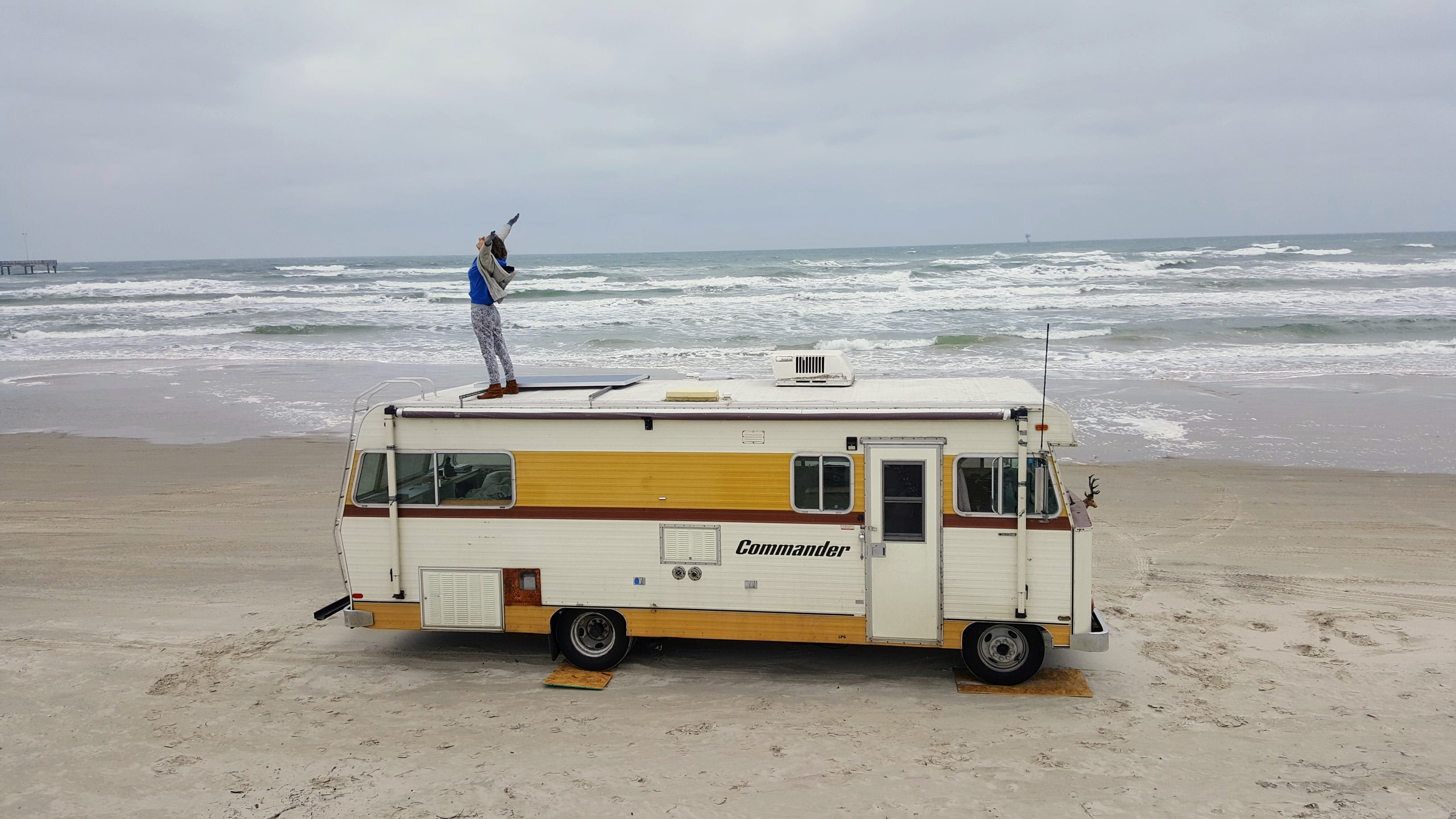 I had a feeling that this was going to be the best New Years Eve I ever had.

9 Comments on “Alice in Manderland”