Posted on May 30, 2018 by agirlandhercommander 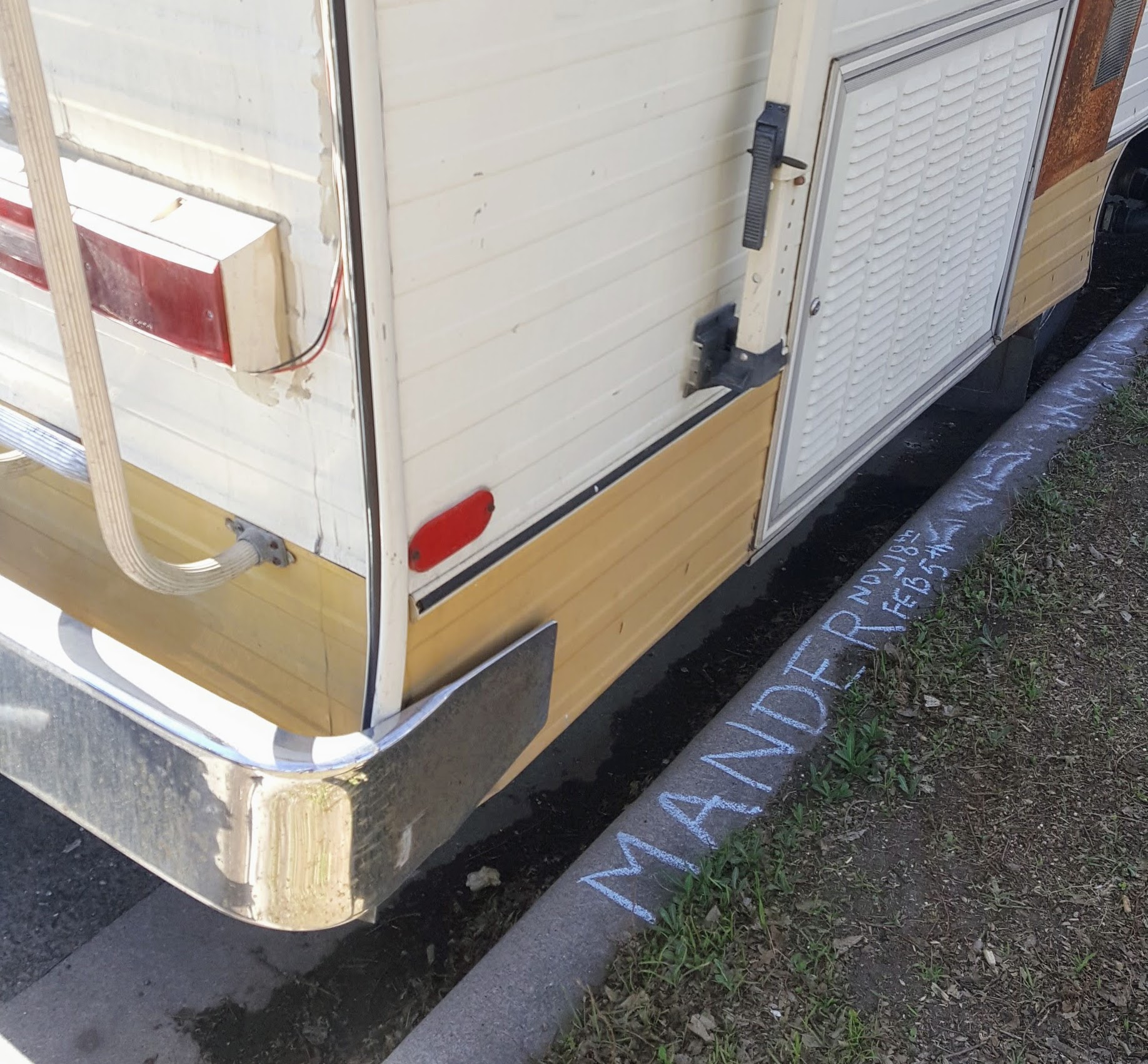 Hey readers! We’re almost out of Austin and on to new adventures! Just a couple more things to wrap up. The first thing is a topic I get asked about ALL. THE. TIME. How do I earn money on the road?

I won’t go over this in it’s entirety now, but I will talk about the Austin portion of it. I knew going into this, that for a while I was going to live off the money I made from selling my belongings and whatever I had managed to squirrel away before left. I was hoping it would buy me enough time (no pun intended) to figure out a way to get some money coming in. While I was building Mander and preparing for the road, I had ideas for possible income, but never the time or energy to thoroughly look into them. Once I landed in Austin and had some time to regroup and recharge, I started investigating some of these potential money making endeavors.

Here’s a list of things that didn’t pan out:

1. Instacart. I filled out the paperwork, went to the training, had the interview. Turns out they want you to be stationary and only work at certain pre-selected stores. If you go state to state they would need to transfer your paper work every time and they do not want to do that.

2. People Ready. I went through the insanely long application process all to receive an auto-reply saying there was no work in my area, which I’m pretty sure they thought was Minnesota. The big flaw with these temp type places is they need you to fill in an address and there’s no where to explain that you are not actually living in the state your address is in. I called the local office and left a message but my call was never returned.

3. Craigslist. The time I spent sifting through mostly sketchy listings didn’t turn up much. Most of the jobs listed wanted lengthy commitments but I suppose you could get lucky from time to time with a gig. I may have seriously consider selling my underwear but ultimately decided I wasn’t that desperate. 😉

4. Dog Walking. The company I looked into had a 3 week waiting period after applying. Ain’t nobody got time for that. Plus, although I love dogs, I am highly allergic and I might of had a tough time breathing and being in my skin if I was spending my days with dogs.

5. Online Remote Work. Since I did not go to college and have never really had a traditional job, I did not qualify for most of these job opportunities. I looked on several different hubs for remote work and not only did the jobs sound mind-numbingly boring, they required a college degree or other credentials I didn’t have. Even though this isn’t the right fit for me, it is how a lot of people work and travel.

Now on to what did pan out:

Postmates! Postmates is a courier service. People use an app to place orders for food or items and the couriers use their version of the app to fulfill it. The cool thing about Postmates is they pay you direct deposit and you can work whenever you want, you just pop online when you’re available. That means I can do this job whenever I’m in a city that supports Postmates! I applied to be a courier on my scoot and pretty quickly I was setup and ready to get to work. There isn’t really much training, save some general instructions they email you, so it was definitely a bit intimidating. When you are ready to work, you go online and pretty soon a bell will go off alerting you to an order that’s available near you. If you are on a bicycle or scooter, it gives you a chance to review the order so you can make sure that you can carry it. After the bell goes off, it starts a countdown and you have a short window of time to review everything and accept the order before they pass it to the next courier. No pressure or anything!

I began doing Postmates in Austin and started to get a little cash flow coming in, which felt nice. The day before Jeffrey flew in, I told myself I was gonna bust some serious Postmates butt. While he was visiting, I wouldn’t be working, so I wanted to really rake it in while I could. I set out on my first delivery and as I was driving back I heard, “Ding, ding, ding!” in my earbud that was connected to my phone, alerting me to a new order near me. As I mentioned before, you only have so long to accept the order before they pass it to someone else and since I was hell bent on making mad cash flow that day, I didn’t want to miss it! So I very cockily veered into a driveway off the main 30 mph road and hit my brakes. I also hit gravel. And then I hit the ground.

My first thought was, “My bike! Is it ok!?” and my second thought was, “Am I ok?” After a short assessment of my body and deciding I was mostly in tact, I super humanly dead lifted my 270 lb bike upright. Unfortunately, I had missed the order and after some of the adrenaline started to wear off, I concluded I was injured and that one delivery was probably going to be it for the day. I scooted back to Mander, peeled off my pants and got a good gander at my knee. Yeah, that was gonna leave a mark.

The wound made hiking in Inks State Park a pain, literally, but I survived. The crash didn’t keep me off my scoot so all’s well, that ends well I suppose. If I’m ever in a city that has Postmates, and I’m feeling the financial struggle, I would do it again. But man, they gotta do something about that anxiety inducing timer bell system.

The second thing we have to cover before we leave Austin is my tail light situation! If you are a new reader you may not know that countless hours, money and hands had been thrown at my electrical. None of which had fixed the problems. I had driven from MN to TX with no blinkers and brake lights that worked…sometimes. The last update on this situation was when Buster and I had torn everything apart in a Wal-Mart parking lot in Nevada, MO and had to put it all back together, defeated, once again. I did leave with a new wiring harness in hand and I was waiting to be struck with enough gumption to put it in. All previous experiences had shown me that things usually got worse when my electrical was worked on and at best, it was hours of confusion and frustration with no improved outcome. I was hesitant to say the least.

The day came where I decided I was ready to pull Mander’s steering wheel off, yet again, and give it a go. I yanked out the old harness, fed the new one in, clipped it together and crossed my fingers. I jammed a quart of oil between my dash and brake pedal and went outside to check. Brake lights! I went back in and hit the turn signal. Left blinker! I switched to the other turn signal. Right blinker! By golly, I think I’d finally done it. After months of chasing wires, cleaning up connections and trouble shooting, the harness was the final puzzle piece!

And now…we can leave Austin. I had said goodbye to Alice. I had said goodbye to Jeffrey. I said goodbye to all my new Austin friends. I had spent 2 1/2 months in Austin and it had started to feel like home. I had developed a routine. I had a coffee shop I preferred. A grocery store I loved. A laundromat I could scoot to. Places I frequented and friends I saw regularly that left me feeling rather sentimental about leaving. Maybe 2 1/2 months is too long to visit somewhere. Maybe there is a magic amount of time that allows you to fully experience a place without getting too emotionally attached. Regardless, I was utterly happy with the time I’d spent in and around the city of Austin, so if the price I had to pay was a few socks to the heart, I would take ’em like a champ. With my hard won working taillights, my scabbing over knee and a whole heap of memories, I drove out of the city with a lump in my throat. I had more places to go and people to meet, to Big Bend or bust!