Posted on September 15, 2018 by agirlandhercommander 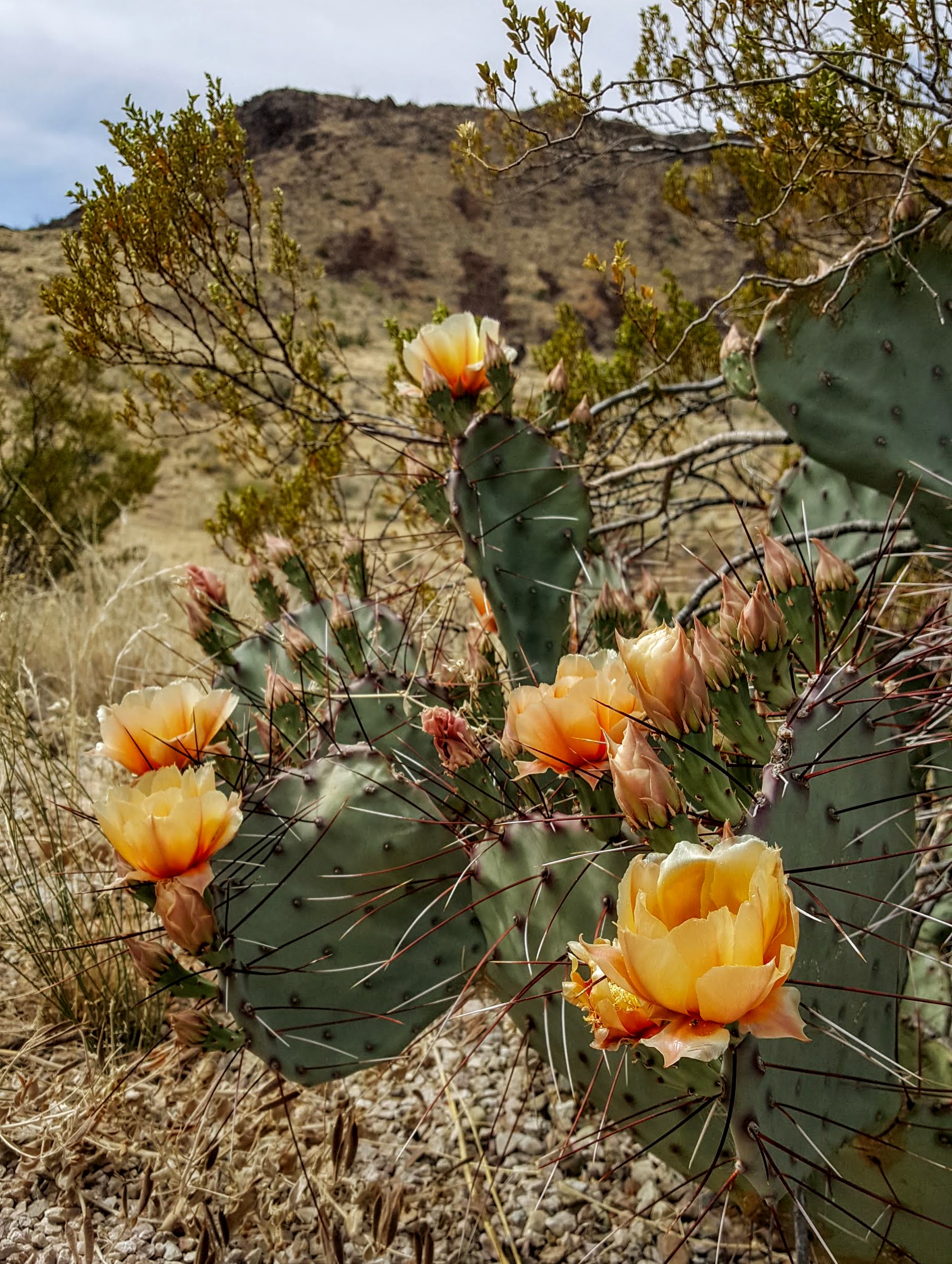 Spring break was about to hit Terlingua hard and my friend, Gavin, was coming for a visit. What I didn’t know was that Gavin had picked up a hitchhiker, so to speak, along the way and it was about to make my life a living hell.

I was happy that I had had a full week’s worth of shifts to learn the ropes at the High Sierra because when spring break hits the very small town of Terlingua, insanity ensues. There’s only a handful of restaurants to choose from when you’re that remote, so when there’s an influx of people, every one of those restaurants gets packed to the brim. I had been warned and I was as ready as I could be.

A friend from Instagram, Gavin, was on a road trip and decided to pay me and Big Bend NP a visit. We had talked online for well over a year so I was very excited to finally get to meet him in person! When he arrived, he told me he had gotten sick along the way (this was the hitchhiker that he had picked up) but was feeling much better. It was just before the start of spring break, so we made plans to head into the park on my days off and do some hiking together. The next day, we drove to Santa Elena Canyon and hiked to the top which was SO BEAUTIFUL.

One night, after I got off work, we drove into the park, hiked to the hot springs and soaked under the most epic night sky. We even saw this scorpion along the way! 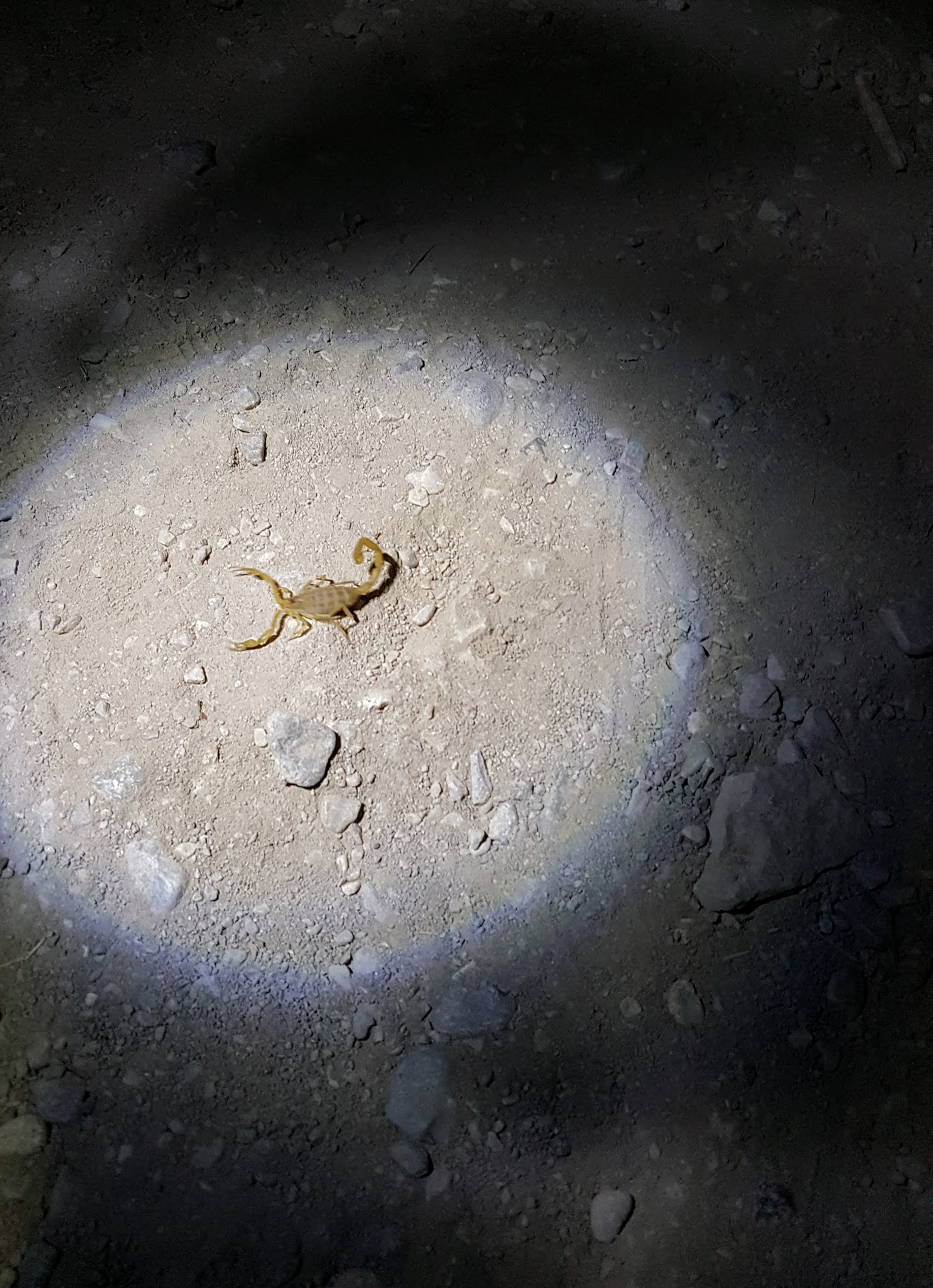 The flora was blooming and everything was amazing….

and then spring break started.

As previously mentioned in my last post, the High Sierra is barely holding itself together. On top of being down a computer and a printer, the management decided to change the menu for spring break. The idea was to simplify it and make everyone’s jobs easier while it was crazy busy, but it backfired. They sprung the new menu on the staff last minute so nobody had time to learn it. That meant both the servers and the kitchen were making mistakes. On top of that, there were some pretty serious issues with the new menu in the computer system. For example, you would ring up an item, it would show it on the screen and when you sent the order through, this item would be missing from the make ticket. When you’re slammed and your table places an order for a crap ton of food, you certainly aren’t going to notice one entree missing from the make ticket until it’s too late and people are piiiiisssssed.

So, here it was, the first day of nightmare city. People start trickling in and in no time, the place is overrun with hungry tourists. The High Sierra hired a hostess to help with the madness but all she does is give people menus and seats them…immediately…at tables we don’t have servers for. This means I’m running around like a crazy person, trying to handle my (way too many) tables and people are reaching out to stop me, telling me they’ve been seated for some time and would like to place their order. I can’t help them and I hate that. I feel terrible for these people and all I can do is apologize and scurry away. Eventually, we run out of menus, silverware and glasses to give to everyone that’s been seated. We also run out of basic food items like guacamole and beef. Did I ever mention that this place’s menu is mostly made up of “South of the Border” options? Yeah. So that’s a big problem. I was doing my best not to lose it because this kind of disorganization and choas is anxiety inducing to me. Then I start to feel nauseous.

At first, I think maybe it’s from the stress of everything and having to skip dinner (on account of the busyness) that was getting to me. I am definitely known to have a sensitive stomach, especially when it comes to stress and nerves. I try to ignore the building sick feeling until it’s so strong that as I’m taking a table’s order, I have to focus very hard to not serve them with a specialty order of you know what. That hitchhiker my friend had inadvertently picked up, had now caught a ride with me.

I made my way to the bathroom, and of course, both the women’s and the men’s were occupied. I had no choice but to hightail it outside, dip around the back of the building and very professionally throw up in the bushes. I head back inside and notify John that I cannot finish my shift. He looks at me like I was a lifelong bestie that had just shot him straight in the heart. It was mayhem in there and he was going to be down a server. I apologized but I mean, when you’re throwing up, what can your boss do? He kinda has to let you leave. So I settled up as fast as I could, ripped off my apron, and just barely made it to my scooter before I threw up again. I got on my scooter, drove 20 feet to the stop sign, and threw up again. I made it to Mander and threw up again.

I sat on the floor and tried to figure out how to be sick with a composting toilet. Do I puke in the liquids or the solids? I know! I’ll puke in a bucket like the good ole days when I was a kid. I tried the bucket and found out that it almost makes you puke more because of how nasty it smells. At this point, I had thrown up so many times, I was no longer puking solids so I just started puking in the liquid section of the toilet. And I continued to do this every 15-20 mins for hours. Eventually, it tapered off to only every 45 mins-hour and then as the wee hours of the morning approached, I actually started to nod off. Only to be awakened with the urge to empty my already very empty stomach. I was so wrecked with sickness and out of my mind, that at one point, I honestly thought,”I’ve puked myself into another dimension.” Turns out it was just daylight savings time and some sort of dust storm had blown in, but in my current state, it made perfect sense. I was throwing up for over 24 hours and it took me 2 days to even be able to eat anything.

This, my friends, was the very first time I missed “home”. I wanted a real bathroom. I wanted to flush away my vomit and not have to haul a very full jug, with my very weak body, to be emptied. I wanted to sit under a hot shower for an obscene amount of time and not have to worry about my water usage. Hell, I wanted my Mommy. But in the end, what’s a spring break without a crap ton of vomiting? Am I right?

← Sink or Swim
Marfa or Bust →

14 Comments on “Spring Break From Hell”