A Month in the Big City

Posted on November 5, 2018 by agirlandhercommander 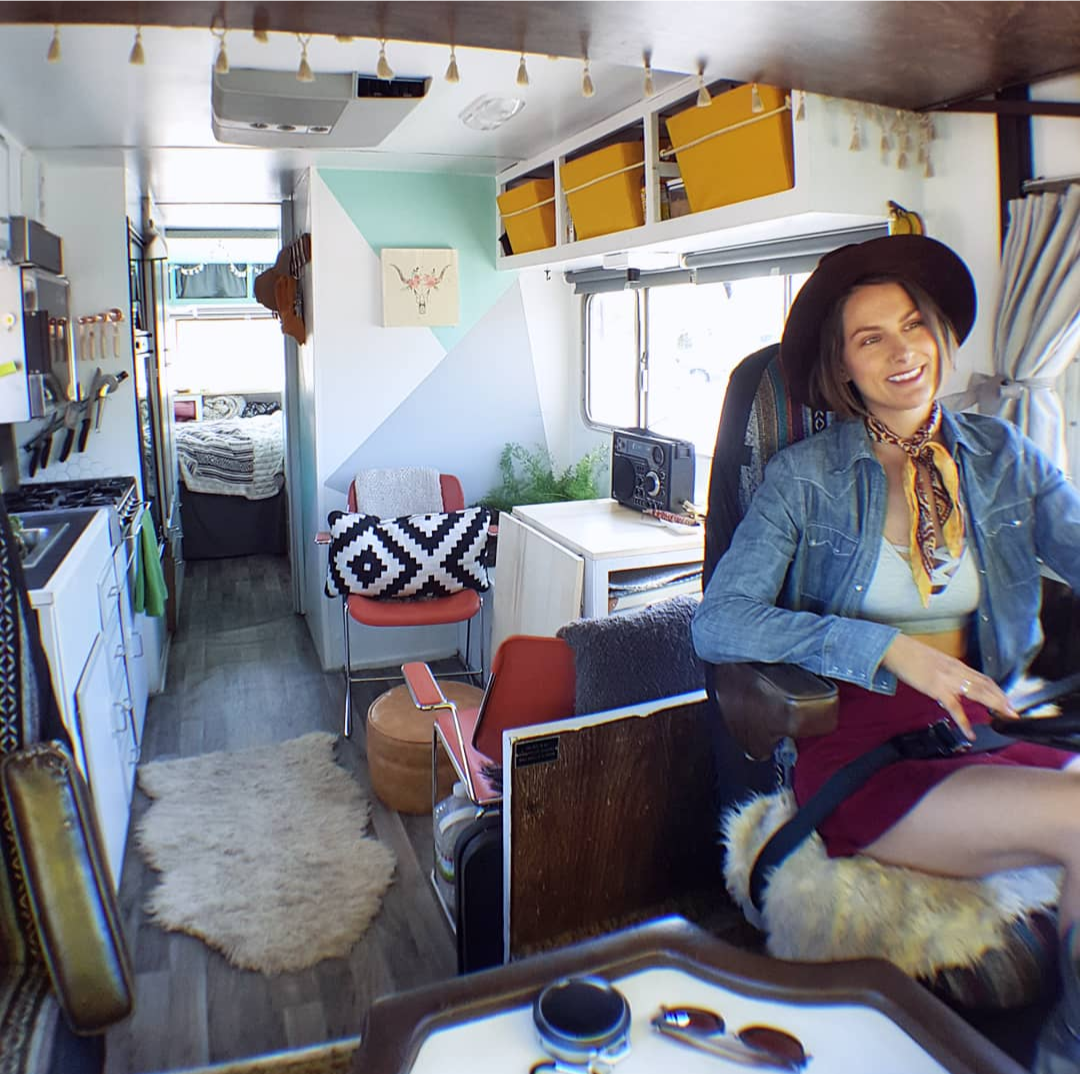 Before I left MN and started travelling full time, I had a job as a brand ambassador. I would go to health food stores and demo natural and organic products. Technically, I was a independent contractor but I worked through a staffing agency. I am still friends with the ladies that run said agency, so we stay in contact and catch up with a phone call every once and a while. We were having one of those catch up conversations when I found out they needed to staff a brand for some demos in Tucson and Phoenix. The job was mine if I wanted it.

Although I didn’t feel like I was done exploring New Mexico, it made sense to take the job. I had been talking with someone in the Phoenix area and he said he was willing to help me out with a couple things. The repair Grinnell and I had made to Mander’s exhaust back in Big Bend was still holding but it needed to be welded back together if I wanted a more permanent fix. If you’ve been with me from the beginning, you may remember the very sucky experience I had with my awning the day I left. Well, somewhere between Texas and New Mexico, it happened again. The wind ripped it out and unfurled it but this time, I was having none of it. I had been on the road for a decent amount of time and hadn’t used it once so it was time to say goodbye to the 24 foot trouble maker. I pulled off the road, crawled up to the roof with my razor knife and cut the stupid thing off. I had been left with all the hardware still attached to Mander and a sad scrap of fabric flapping in the wind. The guy in Phoenix said his friend would weld up the exhaust and I could dispose of the giant awning hardware at his work. So not only did I have a job offer and some help handling a couple of Mander things, but my Mom and sister said they would fly into Phoenix and visit me! Clearly, I needed to save exploring New Mexico for another time and get my butt to Arizona.

Along the way, I hit another milestone and had my first official stay on public land. I was excited to finally be in public land territory because this is what I built Mander for. When I found out about public lands/BLM and that you could stay on them for free, I knew I could make this lifestyle work. It was a big reason I chose to get a composting toilet and solar. Both of these features allow me to be “off grid” and not have to pay for expensive campgrounds night after night. 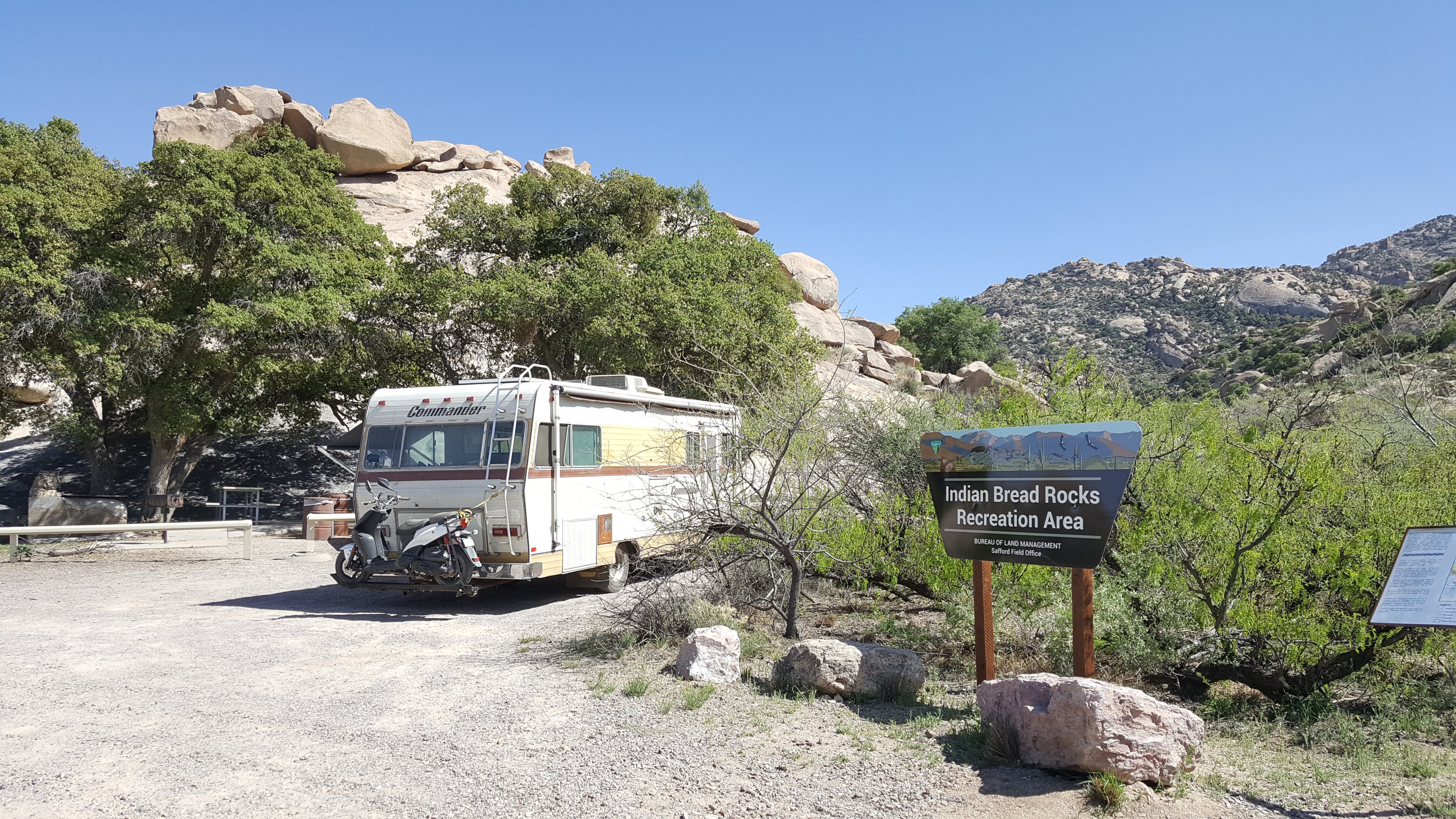 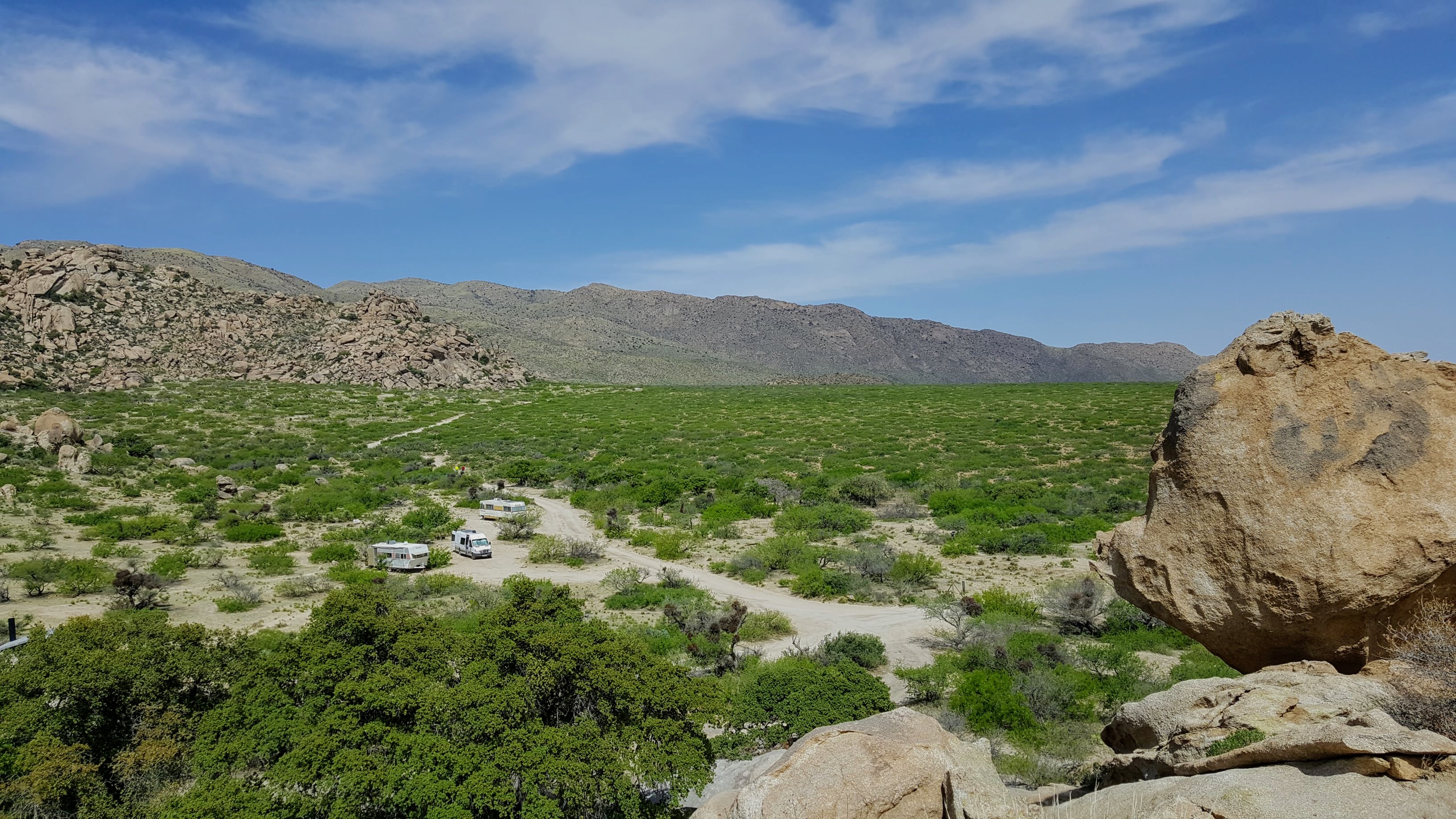 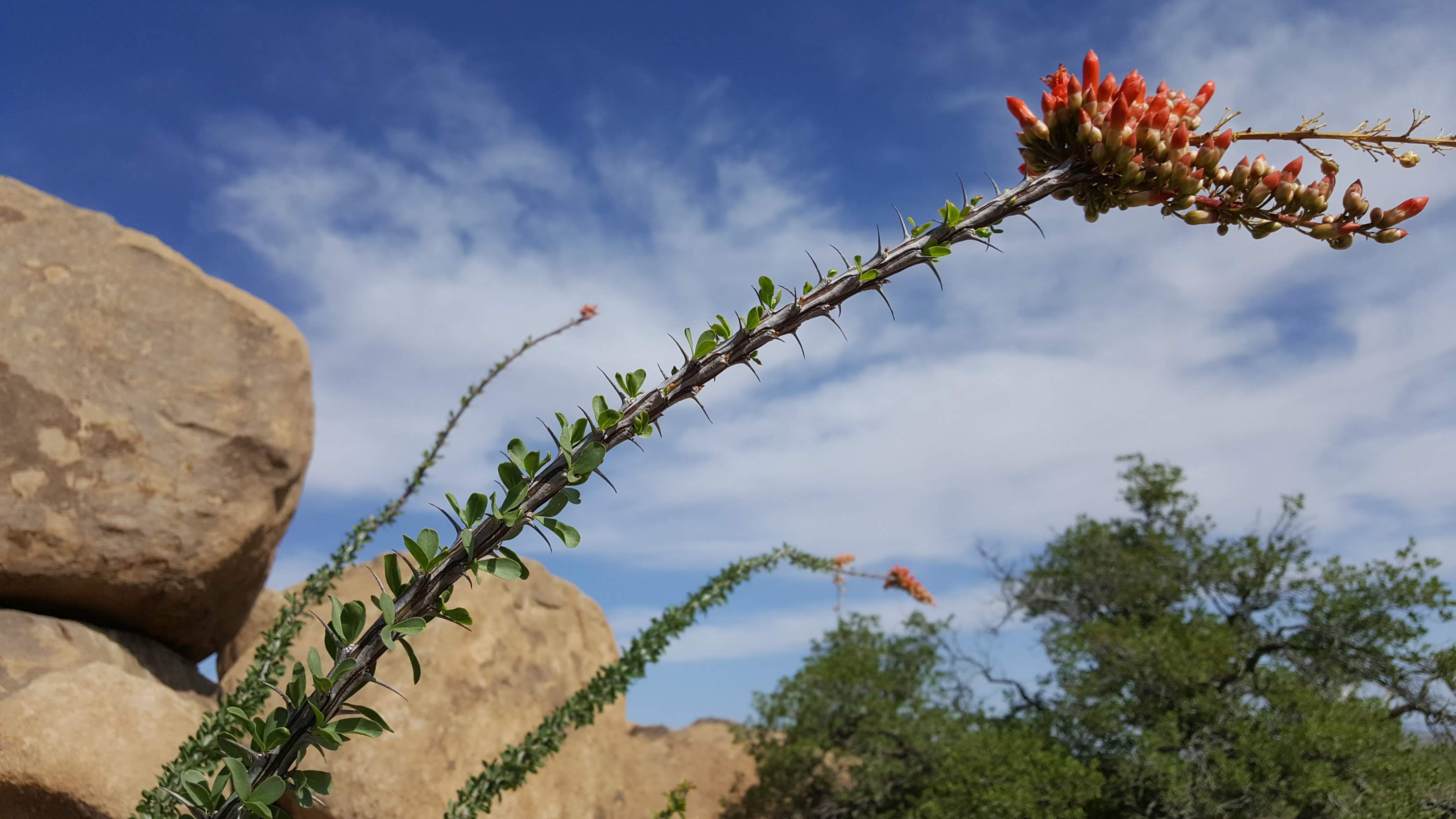 I did a little hiking around Indian Bread Rocks but there wasn’t much for trails. After a couple of nights I was ready to finish the drive to Tucson and find some parking close to the areas I’d be working in. I found a Walmart with a huge lot and the best view of any Walmart I’d ever been too.

As I was wrapping up my work in Tucson, I got a message from a guy named Chris, who has a YouTube channel featuring tours of various tiny homes. He was located in Tucson and asked me if I would be open to filming a tour of Mander with him. I said, “Heck yeah” and we picked a location to meet and film. I met Chris and he was so easy to talk to I think we chatted for at least 30 minutes before we actually started filming! I was stoked when he busted out the drone and got some really cool shots of Mander from the sky! I had no idea the video would be such a hit but here we are, 6 months later, and it has over 1 million views! You can check it out by clicking here if you haven’t seen it already.

The next day I drove to Phoenix. My first stop was to remove Mander’s awning hardware. The person I had been talking to on Instagram worked at a RV dealership and told me I could ditch the hardware there. I busted my tools out and got rid of the last remaining bits of that nightmare.

Next up, was getting the exhaust welded back together. We made plans to meet at his friend’s house the next day and I left to go find parking for the night. Unbeknownst to me, Phoenix has a city wide overnight parking ban almost everywhere, but luckily there was one sporting goods store that allowed it. I was able to make that my base camp for long enough to get my exhaust welded back together and do a couple demos. The rest of my work was scheduled in a different part of the city so this parking ban became a real challenge. There is a ton of public land that surrounds Phoenix but it wasn’t realistic to drive in and out of the city everyday. Mander certainly isn’t a daily commuter. One night, I was forced to park on a residential street and I woke up to a crabby old man writing down my license plate. Between struggling with parking, staying in a noisy city and the temps getting up to 100 degrees everyday, I was so. Over. Phoenix.

One my last night in the city, while I was illegally parked overnight at a Wal-Mart, I got a message from an old high school friend. She said she was visiting Phoenix and thought we should try to get together. I told her where I was and it just so happened, she was only a few minutes away! She came the next morning and we had so much fun catching up over coffee. I had not seen this woman for over 15 years and here we were, a couple of MN girls in Phoenix at the same time, only a handful of miles away from each other. Such a happy coincidence! 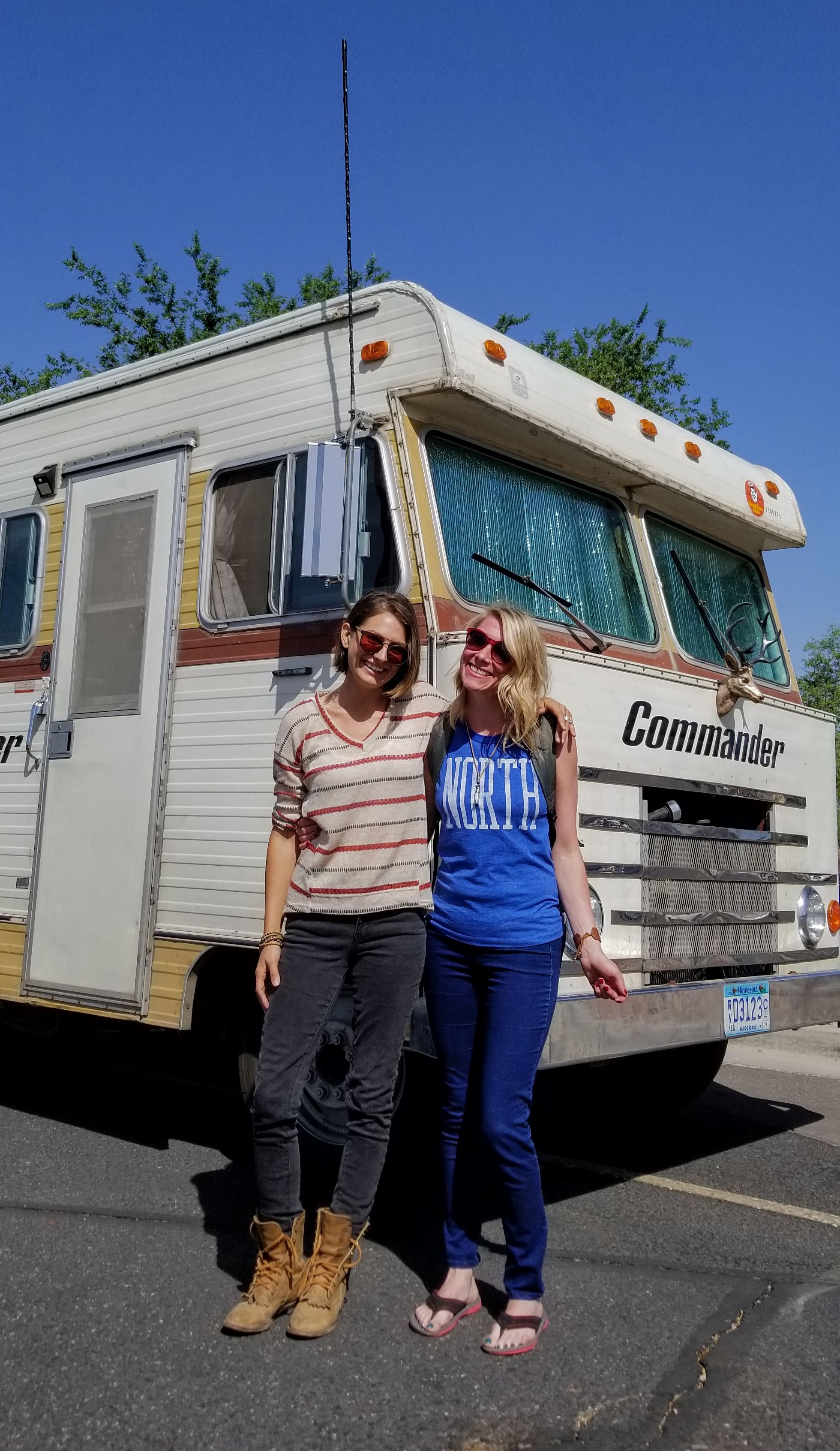 I had finished all my work for the month and after the added bonus of seeing an old friend, I was free to leave the city. I had been talking with my Mom and Sister and we agreed that I should head north to cooler temps. They would fly into Phoenix, rent a car and meet me at a campground in the city of Cottonwood. I had spent a productive, albeit a bit miserable, month living in parking lots in brutally hot temperatures and I was chomping at the bit to get to some peace and solitude. It was definitely time to Mander on!

9 Comments on “A Month in the Big City”