Posted on December 21, 2018 by agirlandhercommander 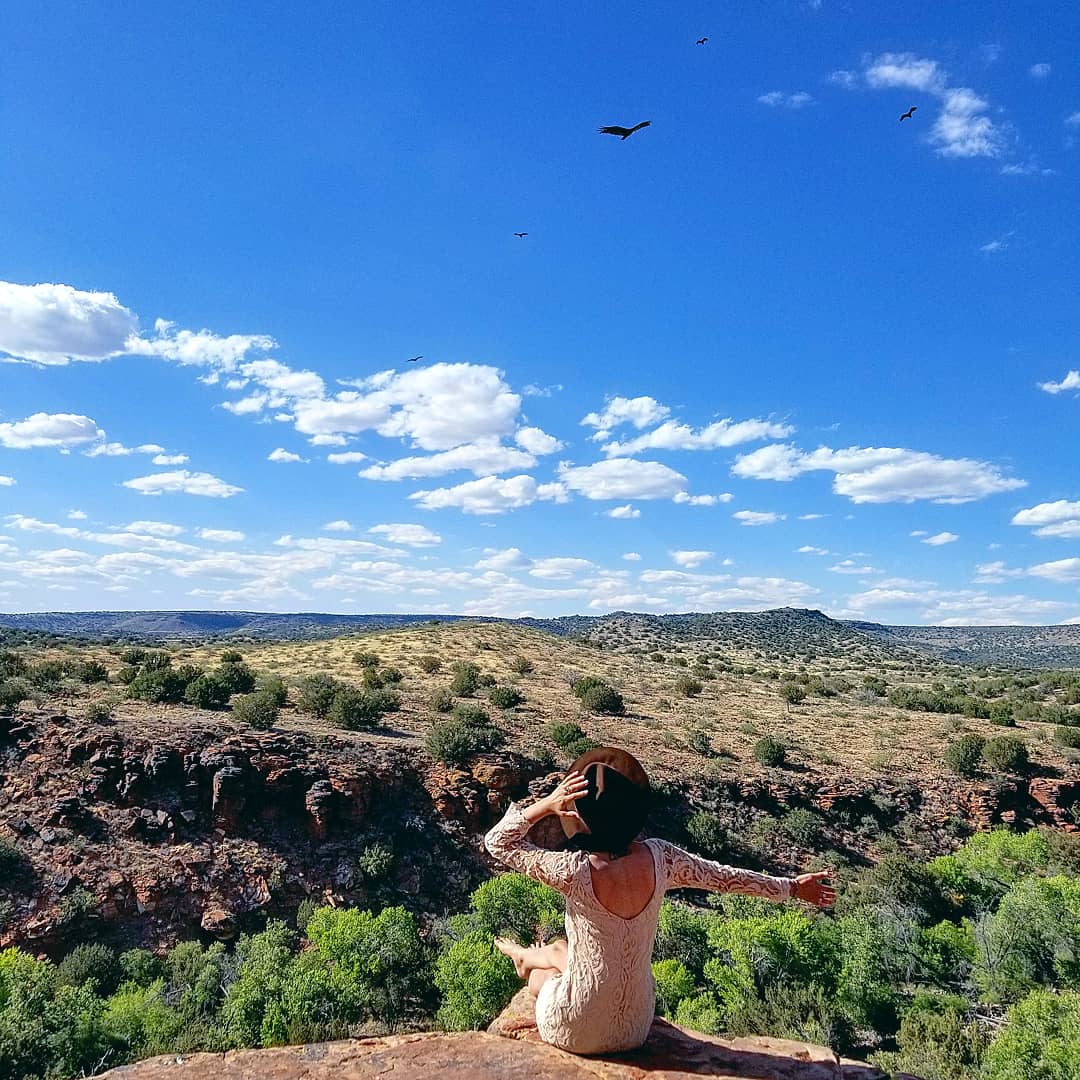 Now that my family was gone, I left the campground and headed back to BLM in the Coconino National Forest. I continued north with loose plans to stop along the way. It turns out, luck was on my side because I ended up in one of the best free campsites I’ve ever been to!

I was following a GPS pin from http://www.freecampsite.net and I ended up in a parking lot that was within National Forest but had a “No Camping” sign posted clear as day. I put Mander in park to eat some lunch and figure out my next move. I wasn’t getting much service on my phone, which made finding another camp spot rather difficult. While eating my lunch and struggling with the internet, a park ranger knocked on my door. He wanted to make sure I was not planning on camping there. I told him I had seen the sign and was working on finding a new spot but wasn’t having the best of luck. He went to his truck and came back with a map. We discussed various locations and then he gave me the inside scoop. There was a spot he knew about that was accessible to me and had a view off a ridge. He had just been through there and said there was only 1 tent camper so I’d have the peace and quiet I was looking for. I was sold!

I thanked him, fired up Mander and made my way to the new location. I bounced down the dirt road and the sight line opened up as I approached the camping area. I couldn’t believe how beautiful it was! I parked along the cliff and had the best view right outside my door.

There was a pretty constant show of birds circling over the canyon and the ridge was spotted with yellow flowers from the blooming prickly pears. And as it turned out, there was plenty to do not far from camp!

Starting with Montezuma Castle,which is a cliff dwelling that dates back to 1100-1425 A.D. and is still mostly intact today. I’d live in it. 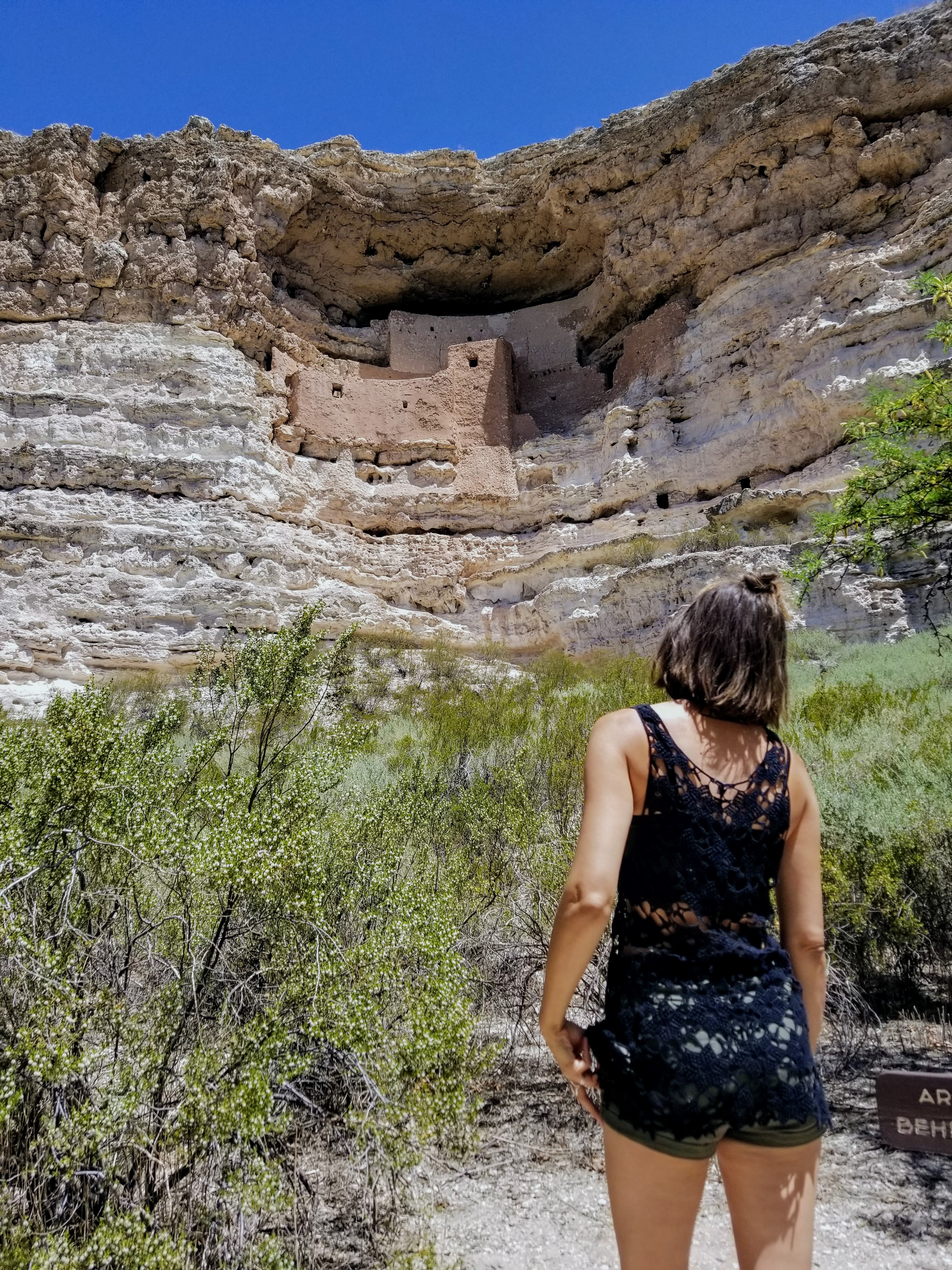 Next, I checked out the V bar V Heritage Site which claims to have the “largest and best preserved petroglyph site in Verde Valley”. It was very impressive and I loved that there is still quite a bit of mystery around what most of the symbols mean. 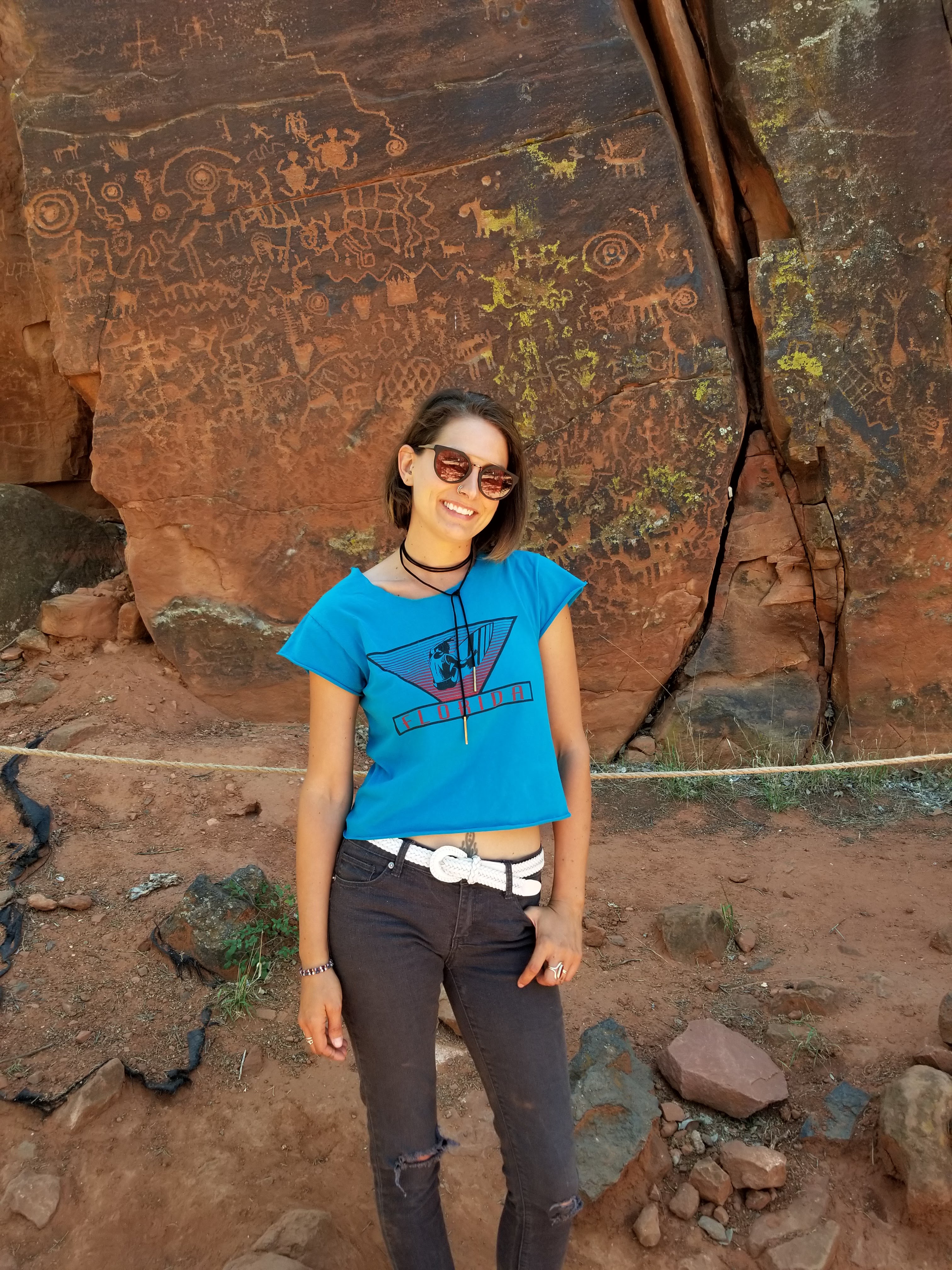 I scooted to Montezuma Well which is basically a tropical paradise in the middle of the desert. It’s technically a sink hole with over 1.5 million gallons of water flowing into the well every day! It has striking blue water, more cliff dwellings and a path leading down into a shaded area that was so relaxing I never wanted to leave. 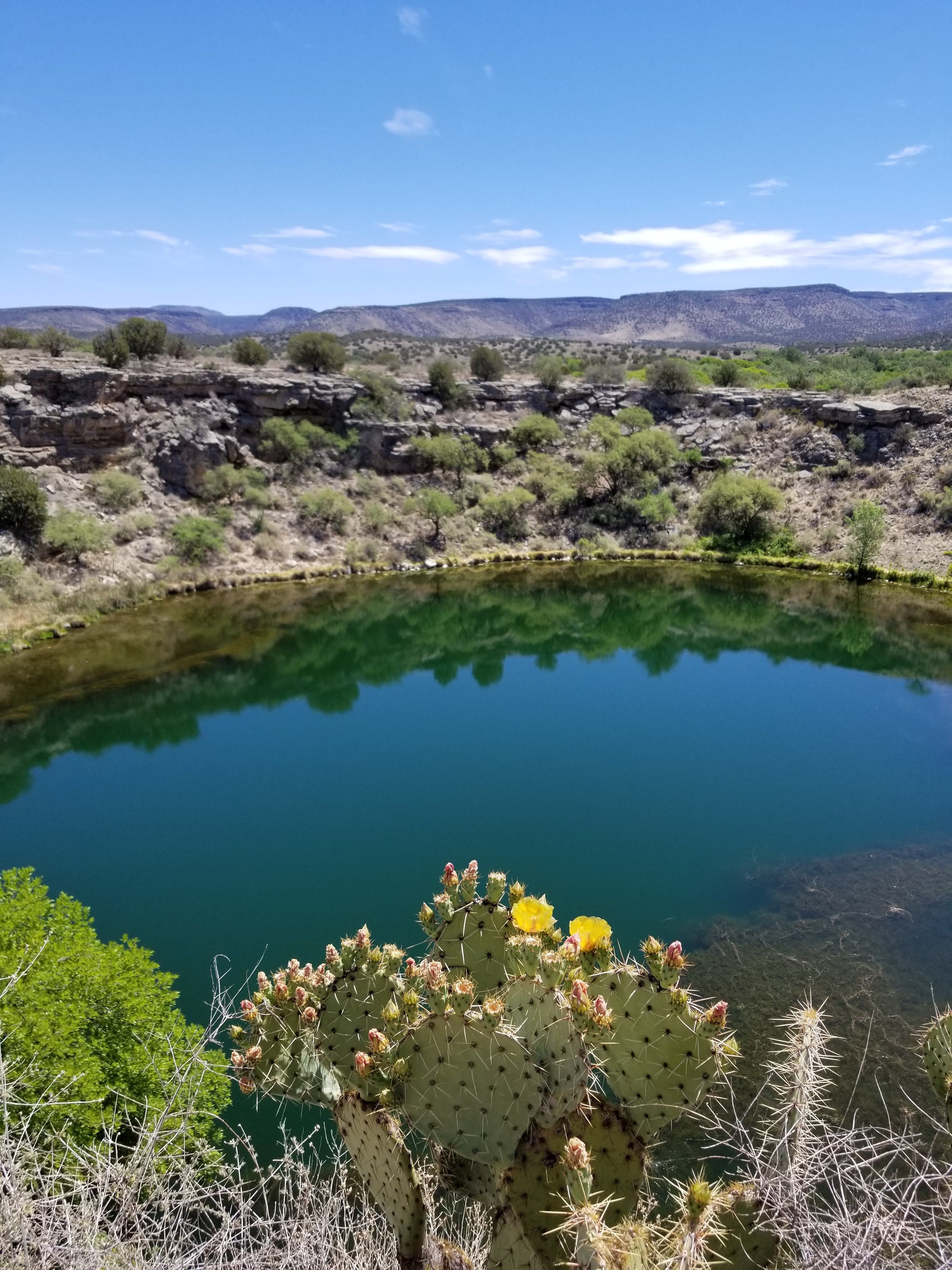 On a super hot day, I went to Wet Beaver Creek and sat my booty right in the water to cool off. 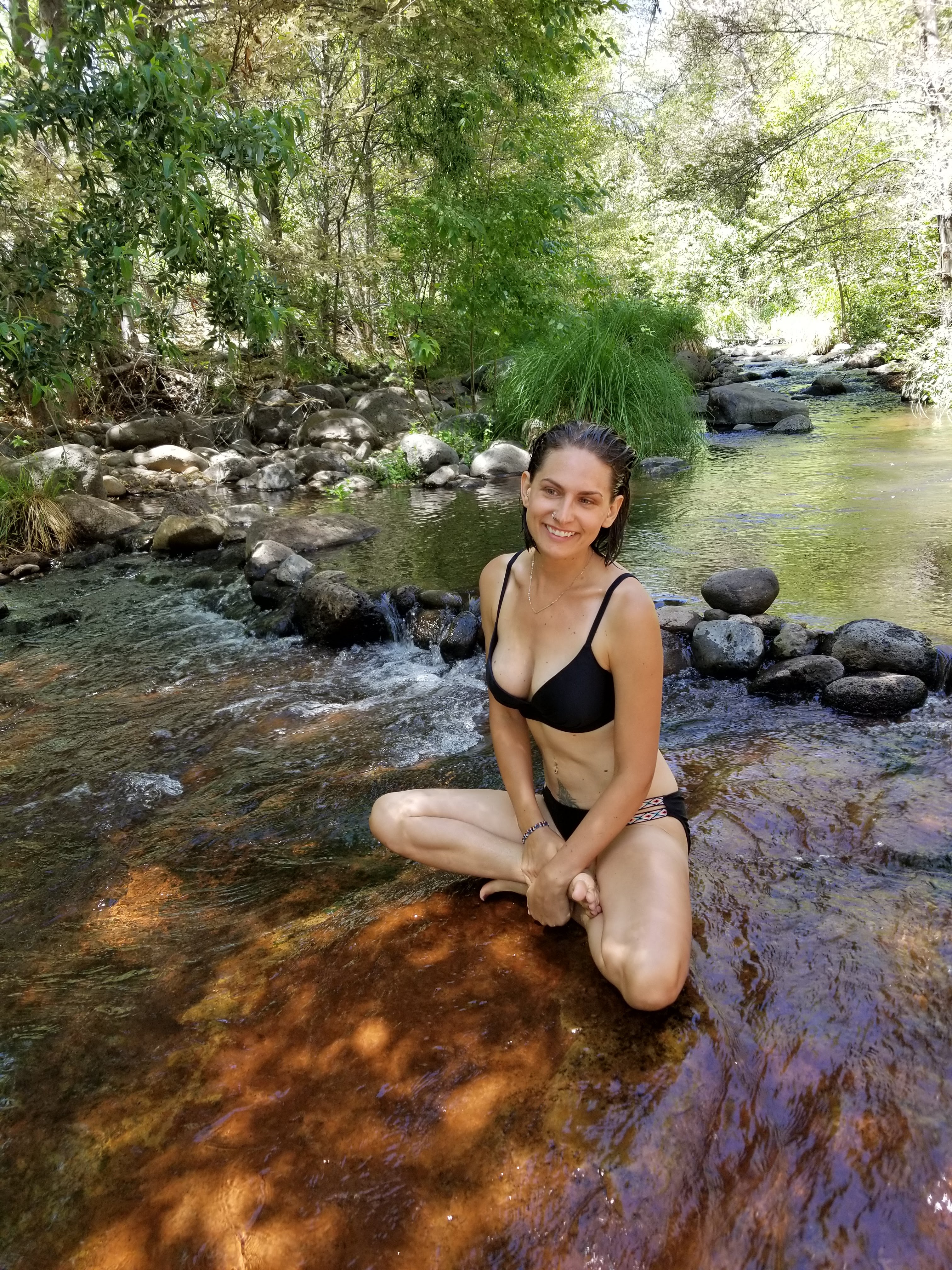 Sedona was within scooting distance, so I did a hike there and saw this very impressive flowering cactus. 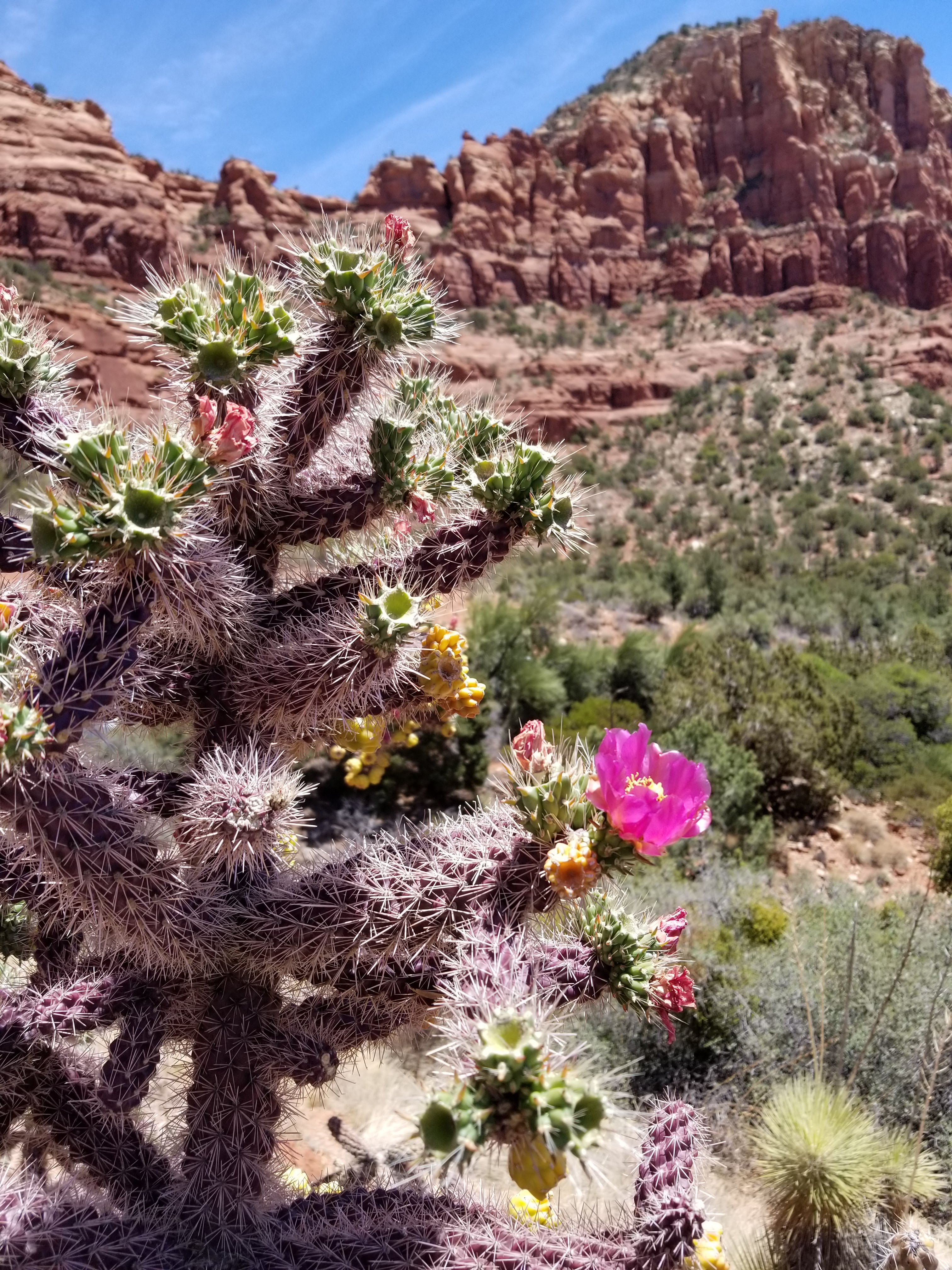 Even the kitties enjoyed this spot!

After spending a week in this blissful place, the heat index was going up again and pushing me to Flagstaff. I don’t mind being warm but triple digits is kinda miserable when you live in a tin box. Flagstaff is higher elevation so we made our way there and found even more unexpected gems!

The first gem was another great free camping spot in Cinder Hills OHV. At first, I was parked in the main camping area but it got way too crowded. I took my scoot and scouted out a new spot and once I moved there, I was in heaven! The trees kept it nice and cool and there was only enough room for one rig. 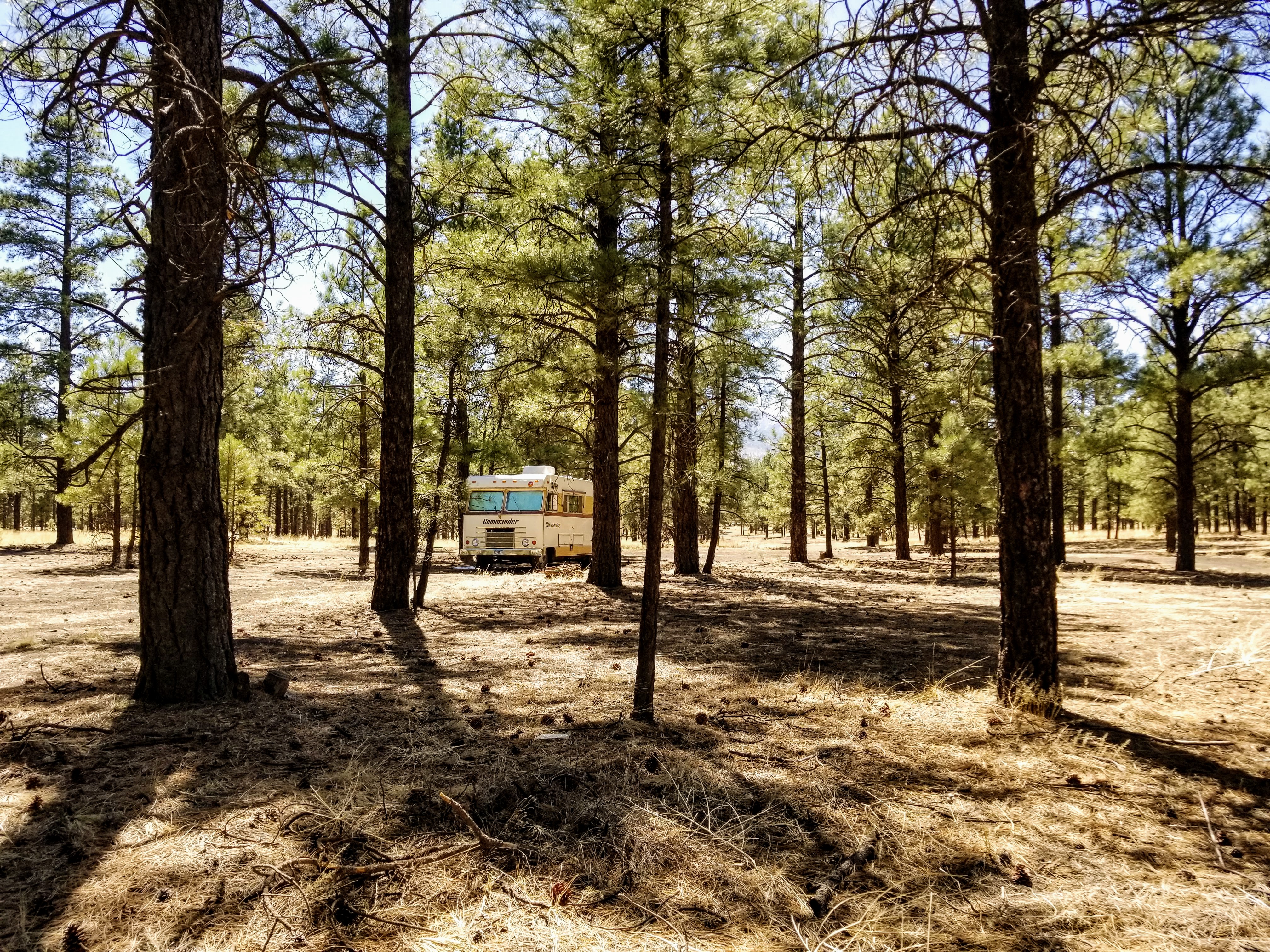 From here, I checked out Sunset Crater Volcano National Monument which I had never heard of until I saw the sign for it on my way to the cinder dunes. What a happy surprise this place was! I spent multiple days hiking around the park appreciating it’s uniqueness. You can go from playing in a meadow, to hiking through volcanic rock with cinders crunching beneath your feet, to staring right into the crater from where the lava once flowed.

When I needed to go back into Flagstaff to pick up a delivery, I found out about Walnut Canyon which is another National Monument nearby that I was hearing about for the first time. I drove Mander there and did the notorious 463 stair hike. It was a very cool trail that wound around an “island” with cliff dwellings and beautiful views. Yet another hidden gem! 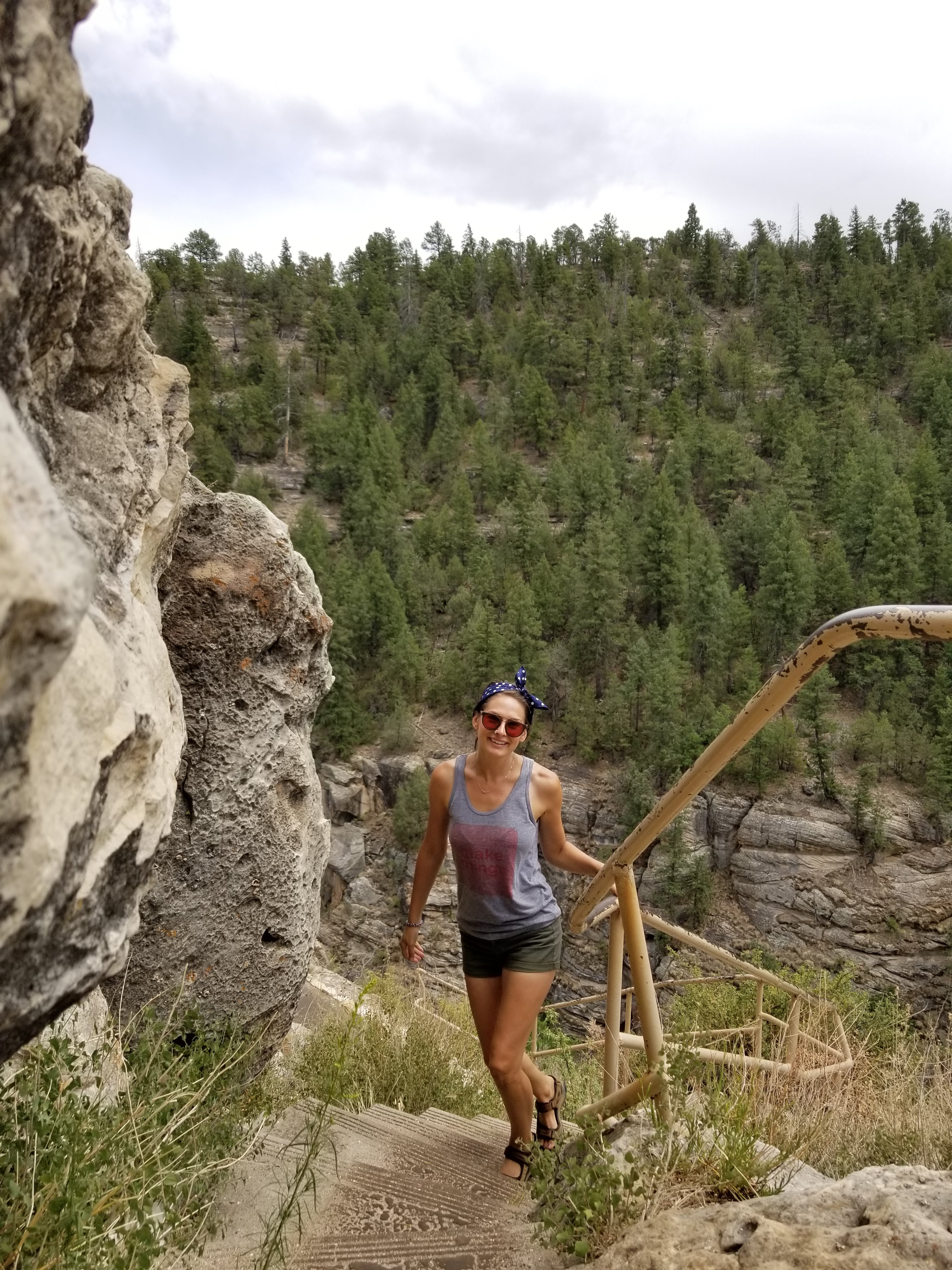 As far as what I saw during my time in Arizona, the area around Flagstaff was by far my favorite. If you are ever headed through this part of the state, I highly recommend all the places I’ve mentioned in this post and suggest you set aside a decent amount of time to explore!

Oh I almost forgot! There’s a portion of route 66 that runs through Arizona so I drove Mander on a tiny little part of it that had some neat old signs. Now I can check that off the list! On wards! To Utah or Bust! 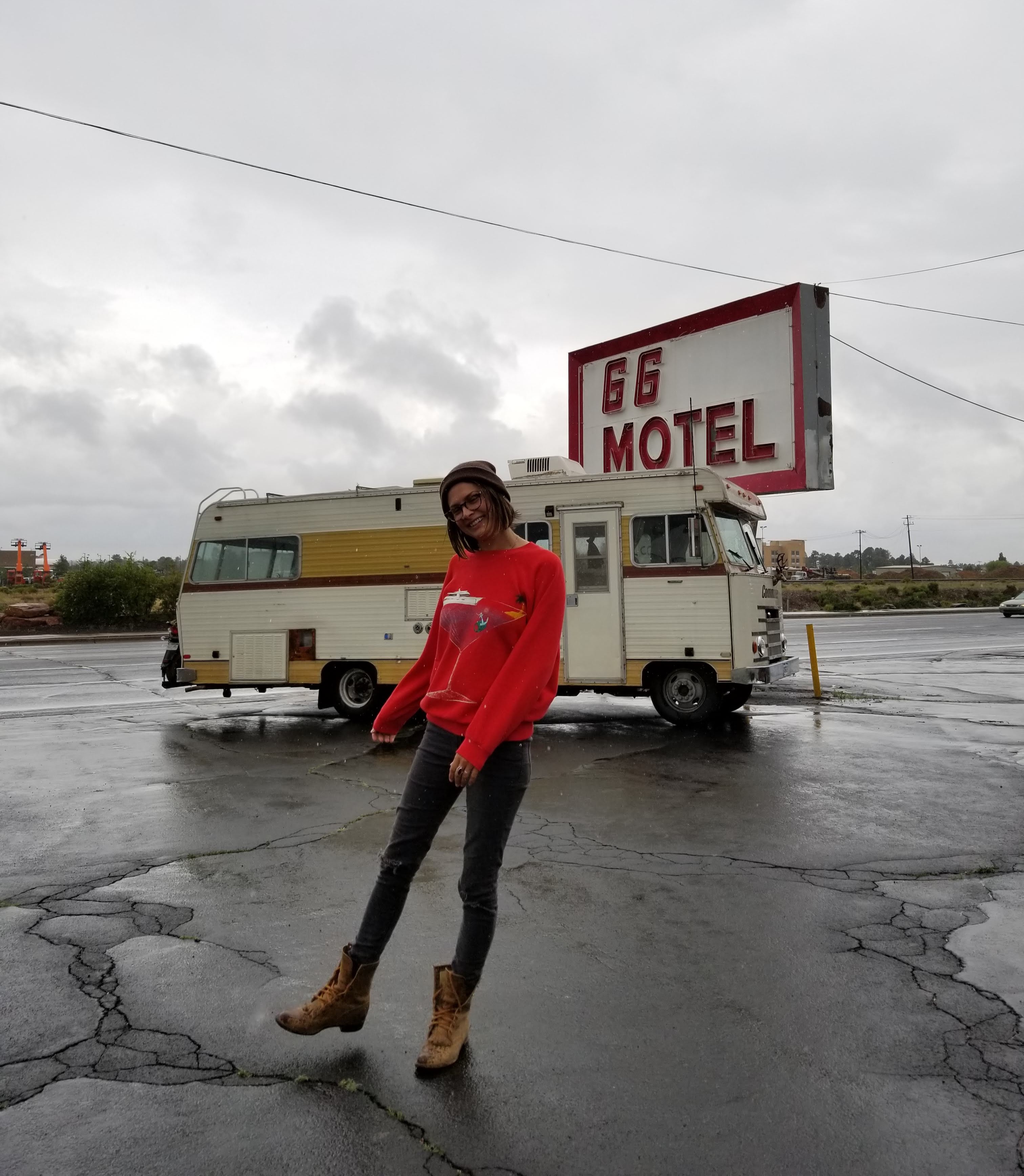