Posted on January 28, 2019 by agirlandhercommander 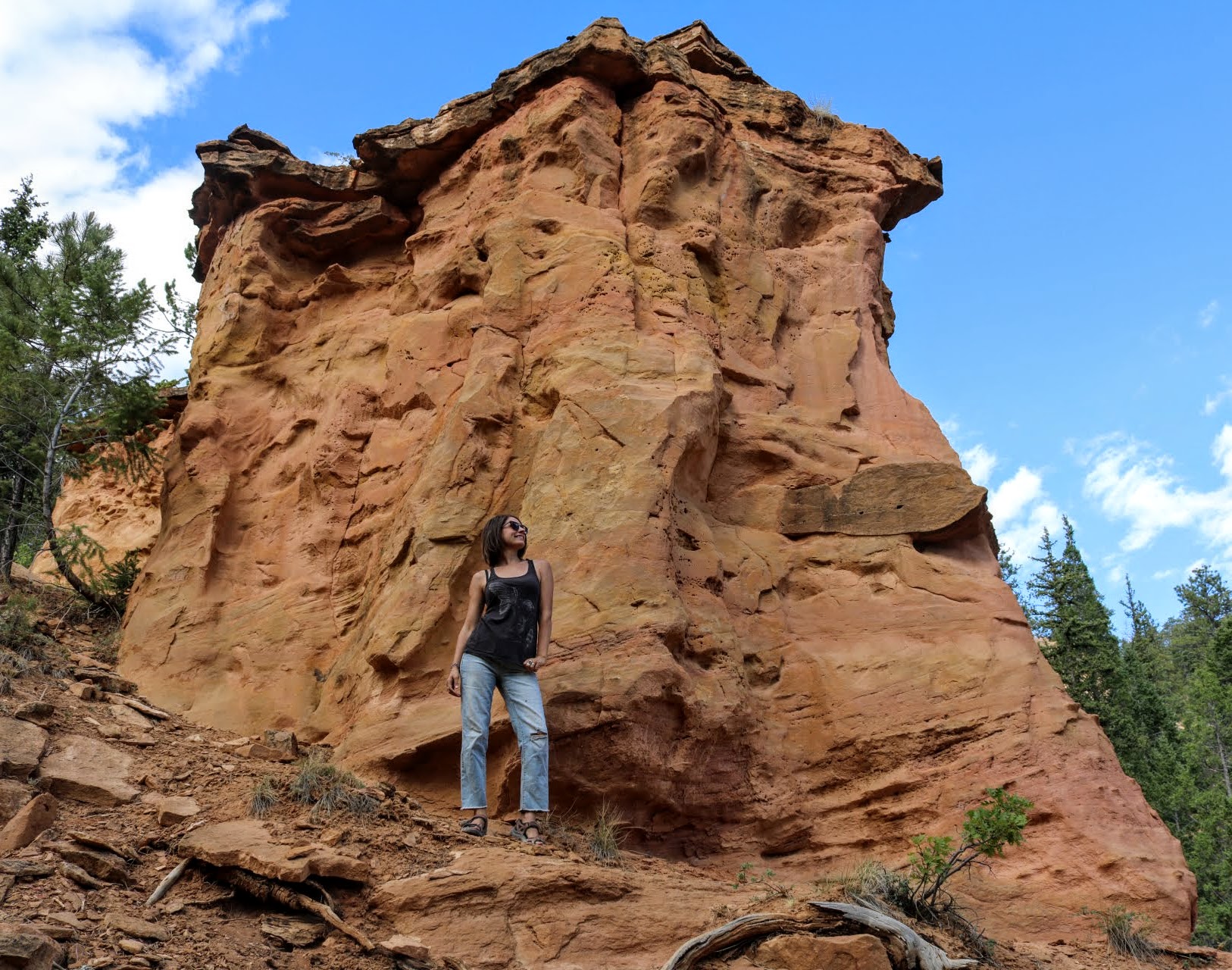 I spent days and days hiking in Bryce Canyon National Park. Sometimes I would just hike in, find a secluded spot to sit and enjoy the views. Other times, I would push myself and do some of the more challenging hikes. I was loving the ease at which I could enjoy this park.

There are a lot of hikes in Bryce Canyon that wind you down through the hoodoos and into the basin of the canyon in a short distance. The extreme decreasing in elevation and the ascent back up was a major cardio work out. On days I was feeling more ambitious, I would do these hikes and be so mesmerized by rock formations, I would barely notice how much my butt was getting kicked. If you ask me, there’s no better way to get exercise. 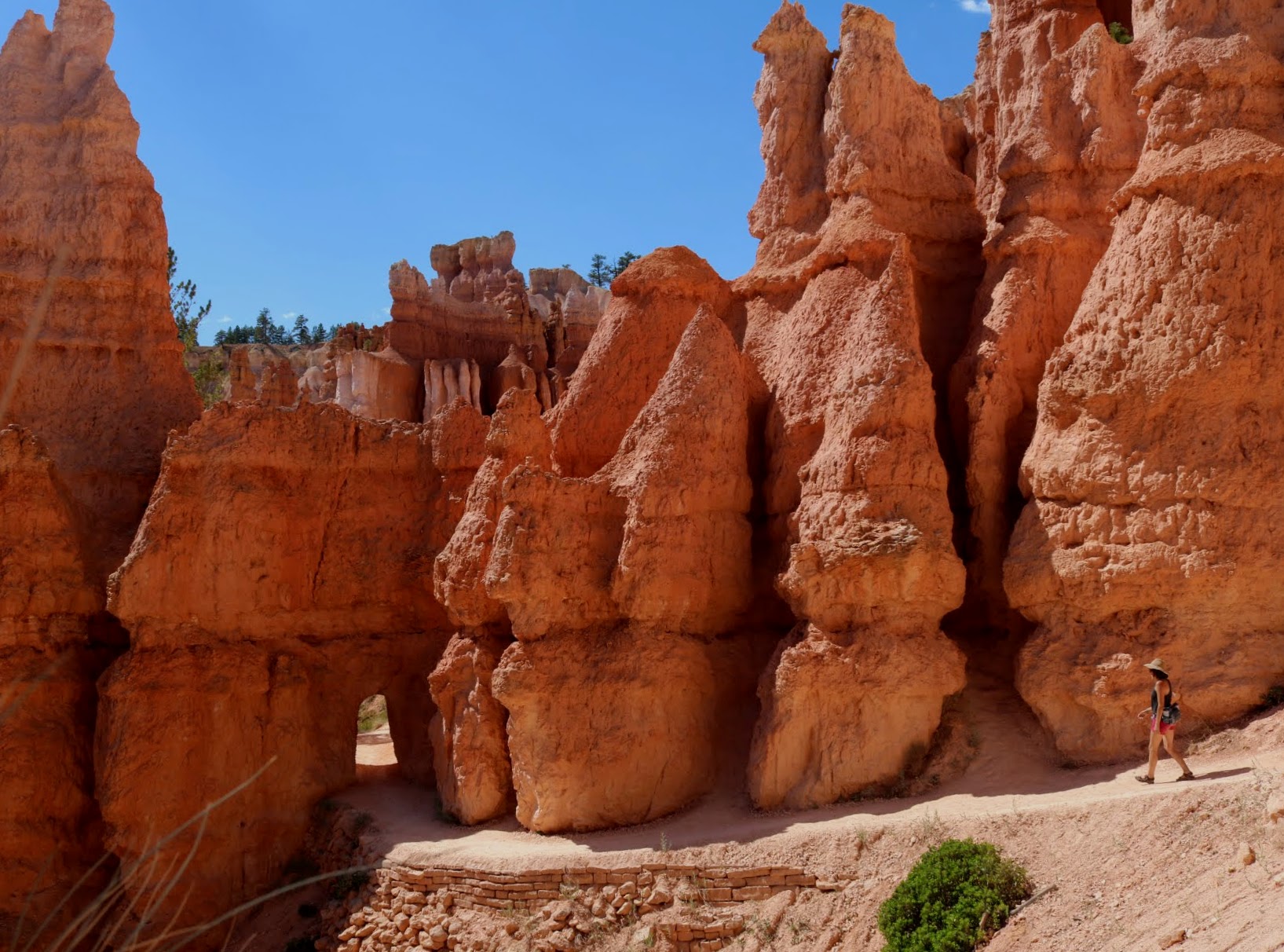 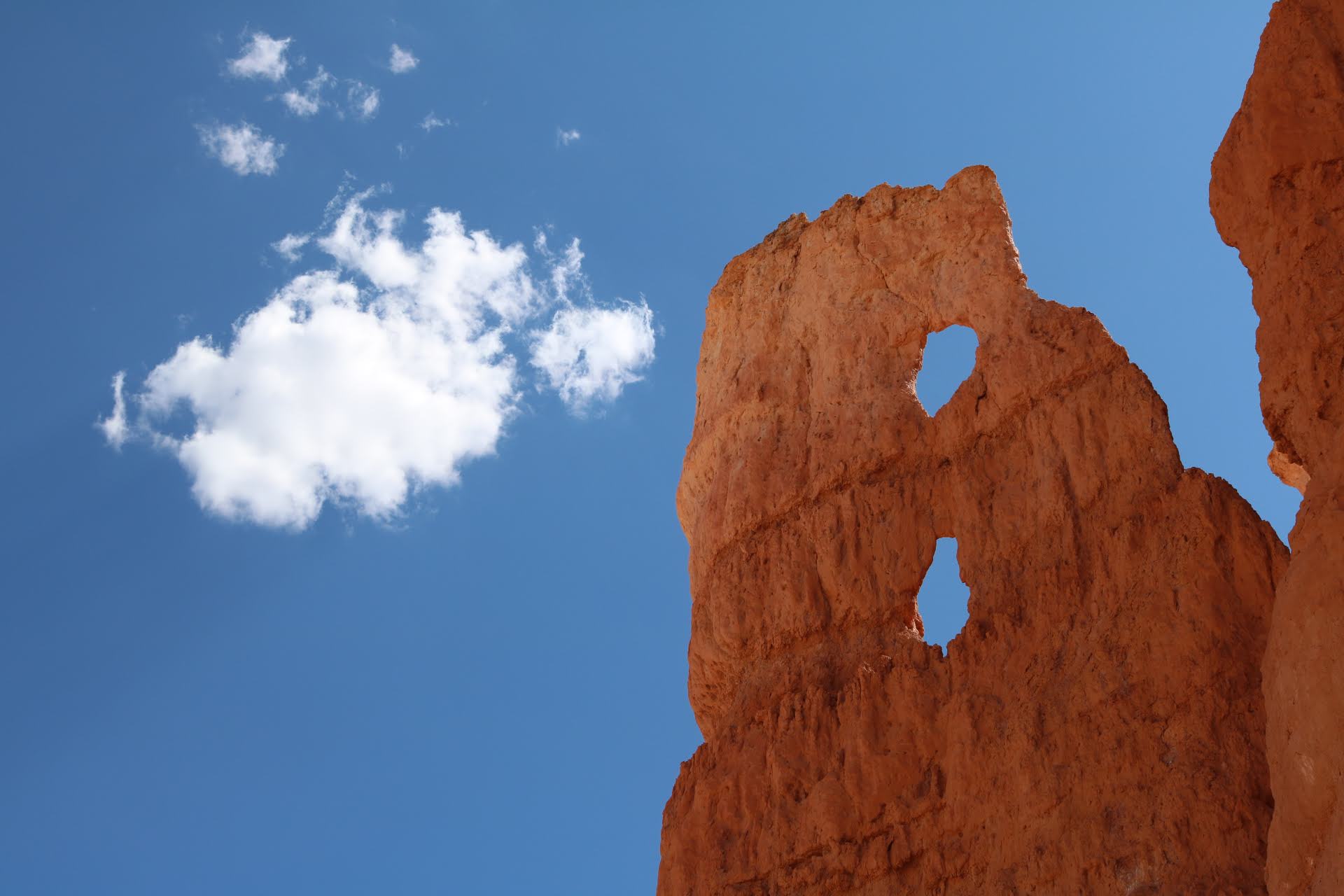 Everyday the weather was perfect and with my boondocking location so close to the park entrance, I was as content as could be. I felt like I could have stayed in Bryce Canyon forever. The landscape provided ample inspiration for photos and although I was in a National Park, I was able to find plenty of hikes that provided the solitude I prefer. One of my favorite hikes I did was a 4 mile loop that connects Sheep Creek Trail and Swamp Canyon Trail. The landscape changed throughout the hike which kept me guessing and I never saw another soul. Unless you count the group of deer I stumbled upon. 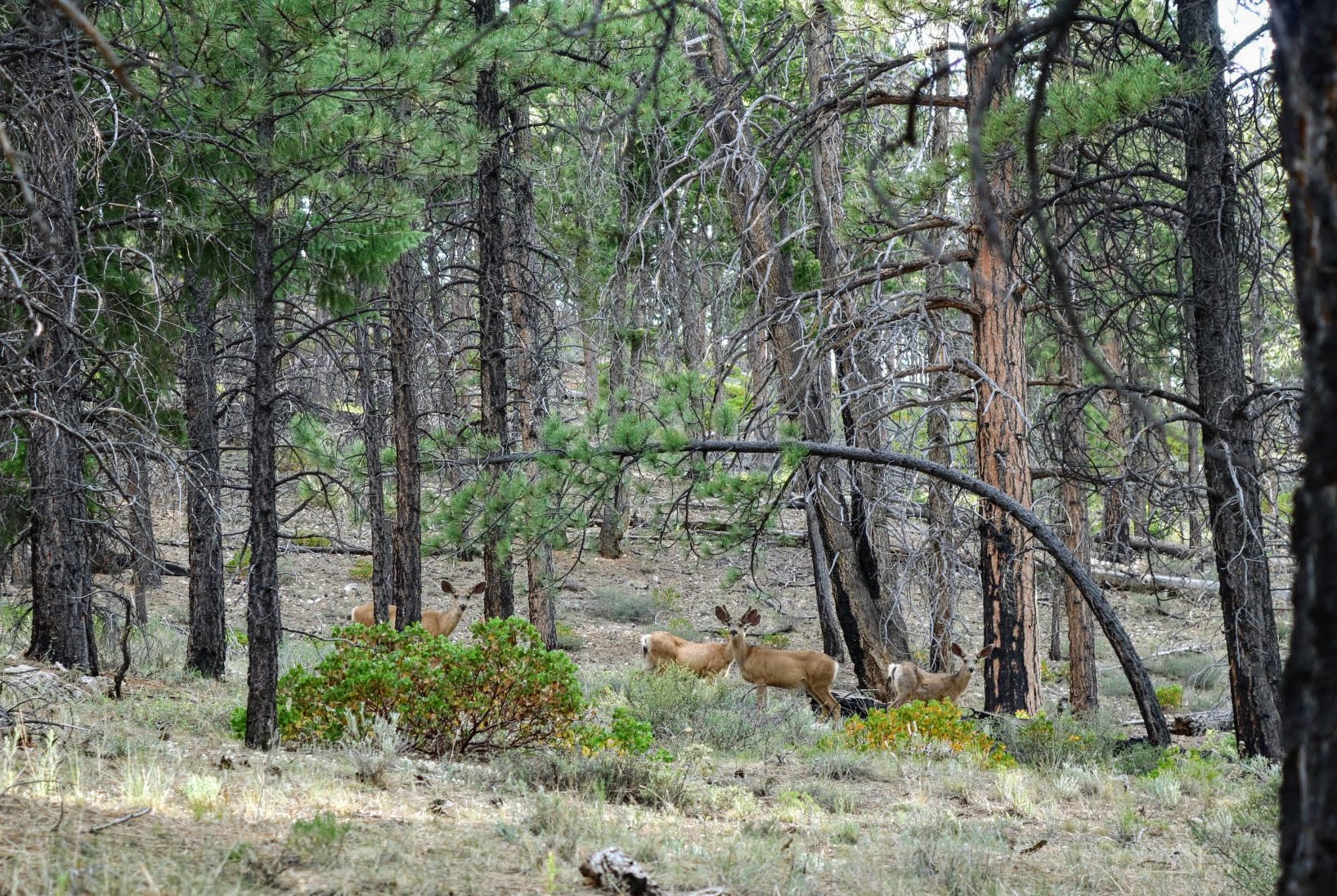 The stars were so bright at night, I decided to experiment with night time photography for the first time! I was pretty pleased with the results considering it was my first attempt. 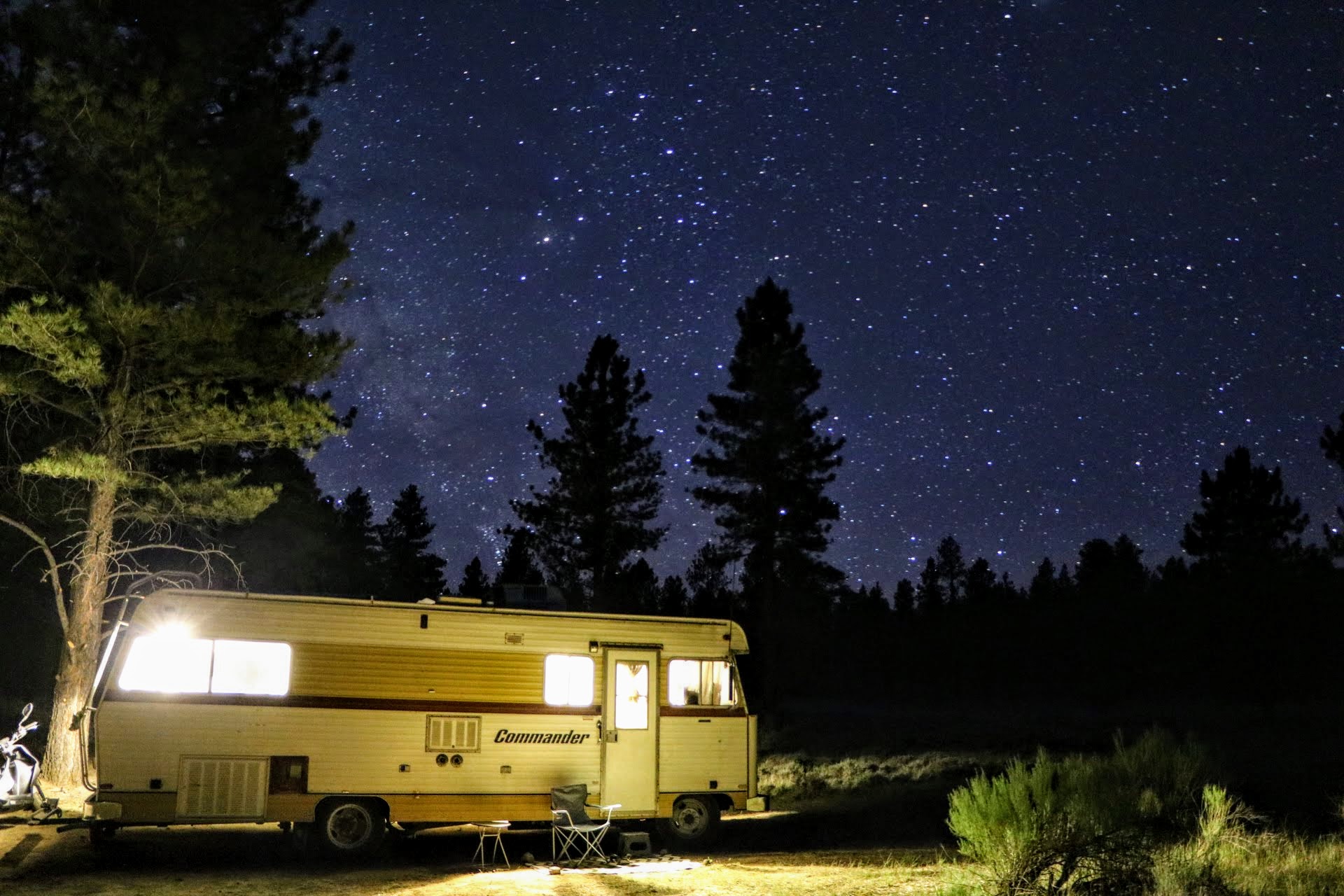 I had been chatting with my friend Gavin, who I knew from Instagram and became real life friends with in Big Bend, since I had been in Bryce. He lives in Salt Lake City not terribly far from Bryce Canyon, so we thought it might be nice for him to come visit. After a bit of coordinating, Gavin, his boyfriend and a friend were on their way for a quick visit. We did a couple hikes within the park and then took Gavin’s truck to Grand Staircase-Escalante to do a slot canyon hike. I was so grateful that Gavin suggested this hike because it was something I would have had a heck of a time doing on my own. The drive to the trail head was crazy steep and sandy and the hike itself was something I think would have been pretty risky to do solo. There were a lot of obstacles that we had to help each other through and areas that would have been almost impassable without a helping hand or ropes. There was one part in particular that was quite the challenge. There was an attached rope that lowered onto a log, floating in a mud pit. I think the mud was higher than normal because the log really didn’t seem to do much.

Gavin went first. He used the rope to lower himself down and put some weight on the log. He balanced and tip toed to the next log and slowly made his way across. Then it was my turn. I lowered onto the log, got my footing, proudly announced, “Oh! This ain’t no thang!” then promptly slipped off the log and sunk up to my knees in mud. It was absolutely hilarious! I needed to be yanked out of there and when I did, my sandals were rendered useless. I was slip sliding around so much in them I had to take them off and do the rest of the hike barefooted.

As the slot canyon narrows, you can look up and see a car from what appears to be the early 1900’s smashed in the crack of the canyon. Not sure anyone has the whole story on the car but it was neat to see! Hopefully whoever landed it there got out alive! This was our turning around point and my feet were glad. I put my slimy sandals back on and was looking forward to finding a hose to rinse off.

If you look closely, you can see the car above..

Closer view of the trapped car.

The hike was such a fun adventure and the company was really nice to have. I think we’ll all be laughing at my famous last words for quite some time. I spent a little while longer in Bryce Canyon after my friends left but eventually I knew I had to leave. There was a lot more of Utah I wanted to see so I started thinking about pulling up stakes and finding a new place to call home. In preparation of my departure, I was giving Mander a once over and something pooled on the back, driver’s side tire caught my eye. Hoping and praying it was just a weird collection of water, I crawled under Mander to investigate. My hopes were dashed when I realized it was brake fluid. 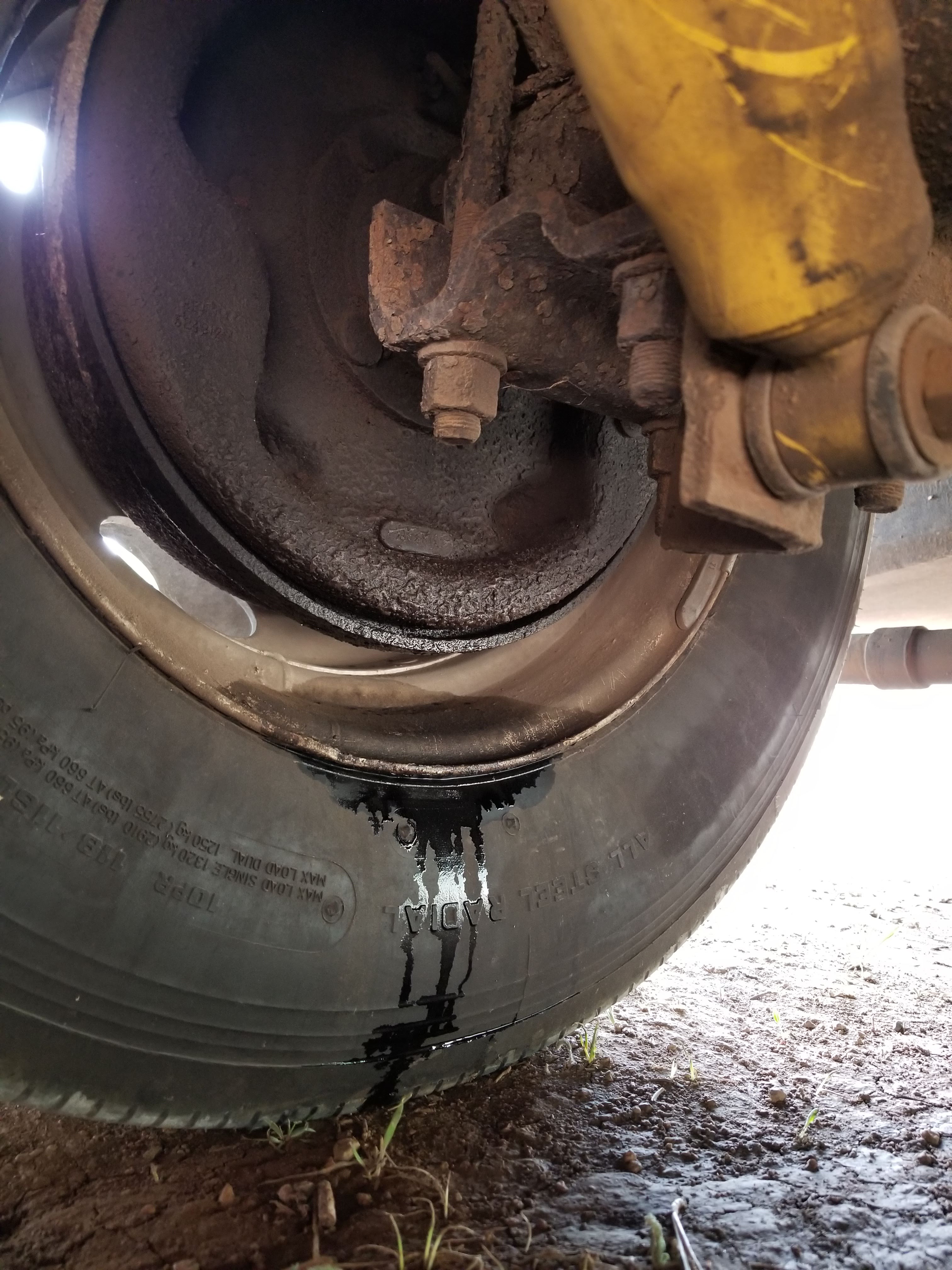 This, my friends, was a big problem. What to do….what to do….I thought to myself, “Well, I do like Bryce Canyon a whole lot. I wonder how long I can live here before someone notices and kicks me out?” Avoidance fixes brake fluid leaks, right?