What to Do, Where to Go

Posted on February 4, 2019 by agirlandhercommander 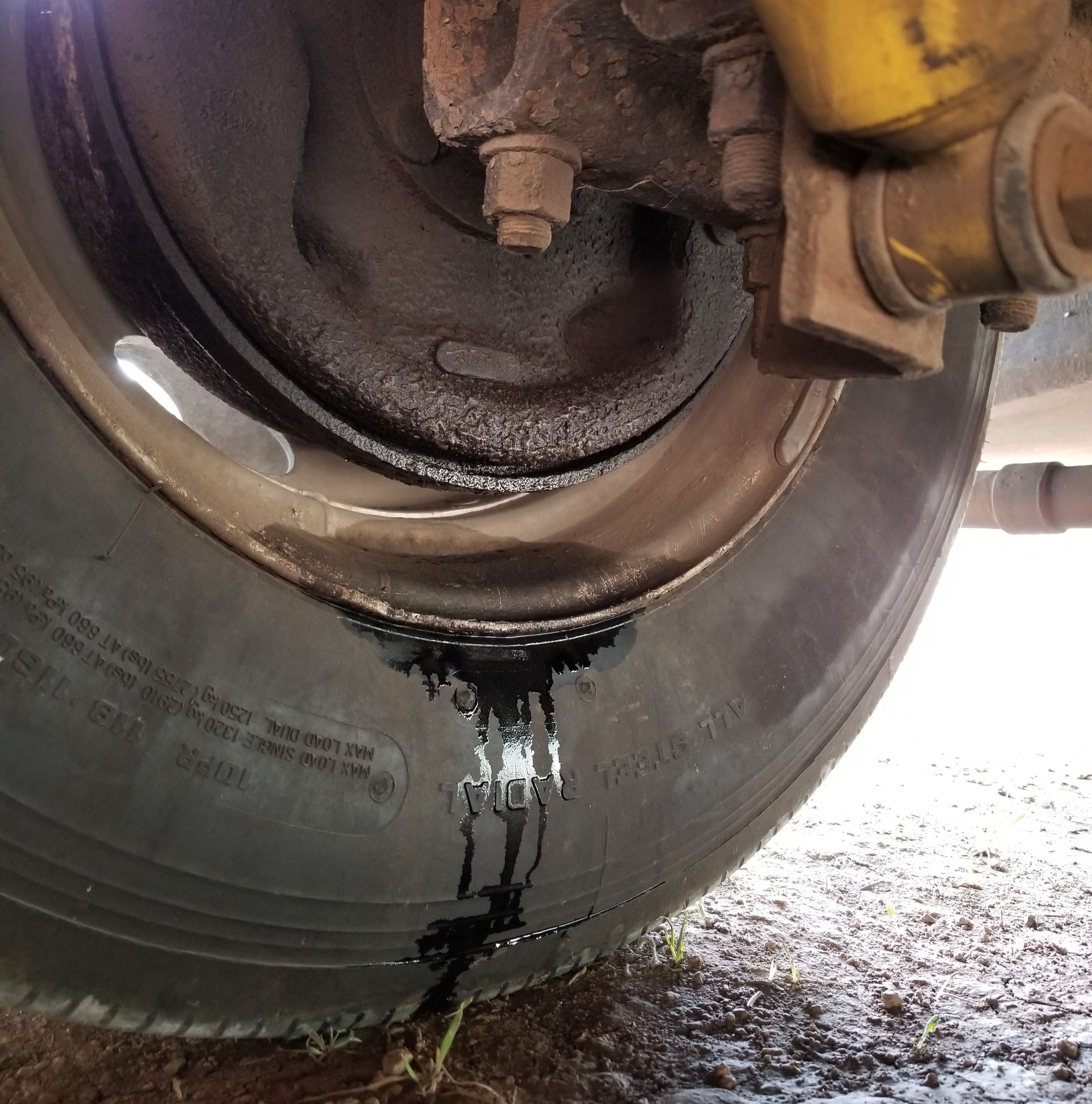 I talked to a few people for advice on what to do about my brake fluid leak. I determined this was certainly not a repair I could make myself, in a camping spot, with limited tools and no way to get parts.

There were some ideas thrown around on how I could band aide the problem but ultimately, I decided I should check with the service center in town to see if they could help me. I assumed the cost would be astronomical, considering they had a complete monopoly on the area, but I figured it would be worth the peace of mind. A girl’s gotta have brakes on her rolling home, ya know?

After conversing with my knowledgeable friends and doing some more investigating, we came to the conclusion that most likely the problem was the slave cylinder seal had begun to leak. So I drove my scooter to the mechanic, told him just that and showed him the picture. He agreed that it was probably the slave cylinder leaking and gave me an estimate. It was a little high, but honestly not bad considering. I figured since this place was on the outside of a national park and worked on RV’s, he wouldn’t be surprised when I asked him if I could stay in Mander while the work was getting done. He told me that would be fine but weirdly seemed to want to talk me into going somewhere else. He started saying that I could get the work done for cheaper if I went to the next closest town and that it would take him days to get parts. I said I didn’t care how long it took, I just didn’t want to drive down a bunch of elevation to the next town spewing brake fluid. He assured me I would be fine but said if I wanted him to do the work, I should show up in the morning because it was first come, first served.

I went back to Mander and just to cover my bases, I made a few phone calls to see if I had any other options. Every place I called either straight up wouldn’t work on old RV’S or was booked out for months. On a whim, I called Jay’s Diesel in Richfield, roughly 100 miles away. Now, I know Mander ain’t no diesel but I thought if a place can handle big diesel trucks, they could certainly handle an old RV. And brakes are brakes, right? Jay, himself, answered the phone and immediately we started bantering like a couple of old friends. He gave me a hard time, I gave him snarky replies and we both laughed. He said I reminded him of his daughter, in the sense that he can’t tell her nothing. I liked him from the word go. He was a busy guy that worked on diesel trucks, farm equipment and big rigs, not gas engine RV’s. He had every reason to say no but in the end, he said yes. He even said it was no problem if I needed to stay in Mander and that he would love the opportunity to meet this sassy girl that knows more than most about mechanics. I told him that he was going to be my plan B and I would let him know right away if I was coming or not.

I thought long and hard about what I should do that evening, weighing the pros and cons. My heart said to go with Jay. I had a great gut feeling about him and he was a little more affordable. On the other hand, I would have to drive 100 miles, decreasing in elevation to get to him. The mechanic outside Bryce was nice enough but definitely treated me weird. The major pro of doing it there was that I had Bryce Canyon to explore while the work was being done and I only had to drive a mile to the shop. I decided to play it safe and go with the mechanic outside Bryce. I packed up camp that night and went to park in the lot so I would be first in line in the morning.

The next morning, I found the guy I had talked with and told him I was there for my brake repair. He told me to move to another area of the parking lot, so I did. I went inside to fill out the paper work and he said, “I don’t think we can help you.” I was totally confused. Nothing had changed on my end but all the sudden Mander was too old and too big and I certainly couldn’t stay in her while the work was being done. I didn’t even argue with him. I was so put off I just went back to Mander, picked up the phone, called Jay and said, “I’m coming to you, if you’ll still have me.” Of course he welcomed me and with that, I started the terrifying, white knuckle drive to Richfield. It was such an unceremonious departure from Bryce, filled with stress and worry. But the heart wants, what the heart wants and I was on my way to Jay’s. 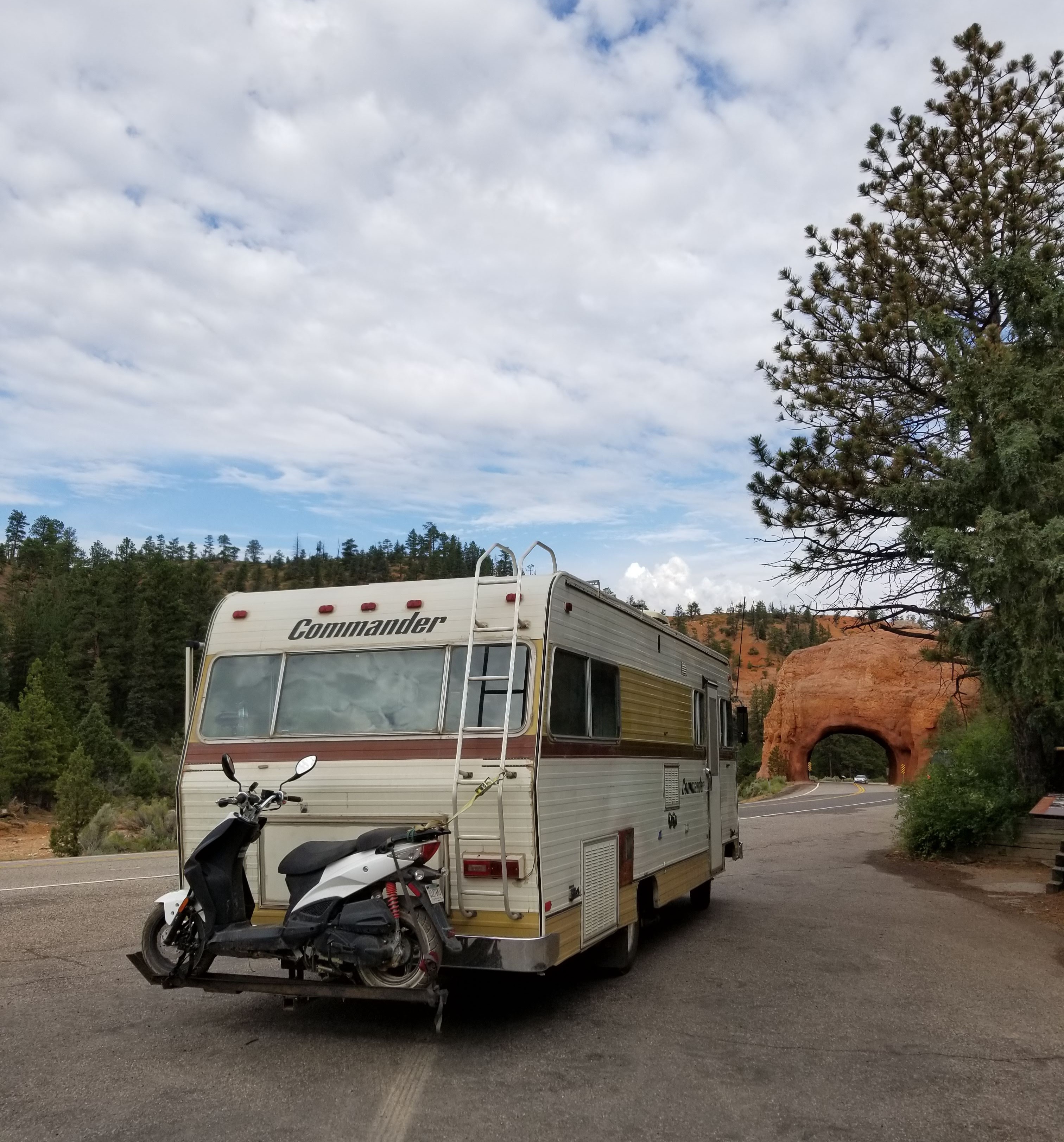