Posted on December 10, 2019 by agirlandhercommander 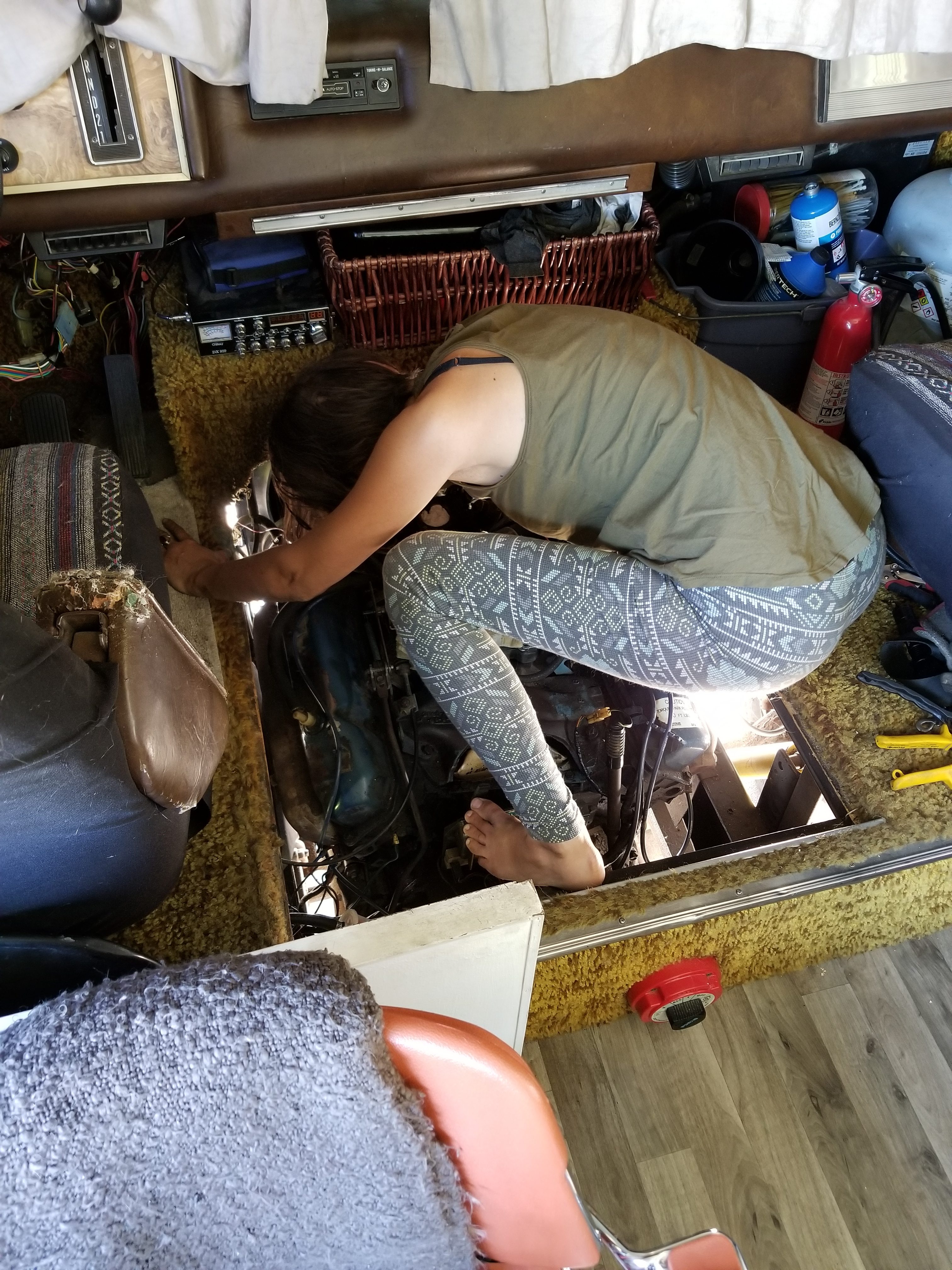 Over the next couple days, I perched over my engine and heated, sprayed and prayed over the little bit of remaining bolt. Seeing the penetrating oil get sucked into the heated up bolt hole gave me false hope that I would eventually be able to turn it with my vise grips. After countless failed attempts, the bolt was completely ground smooth so I threw in the towel and went on a search for help. 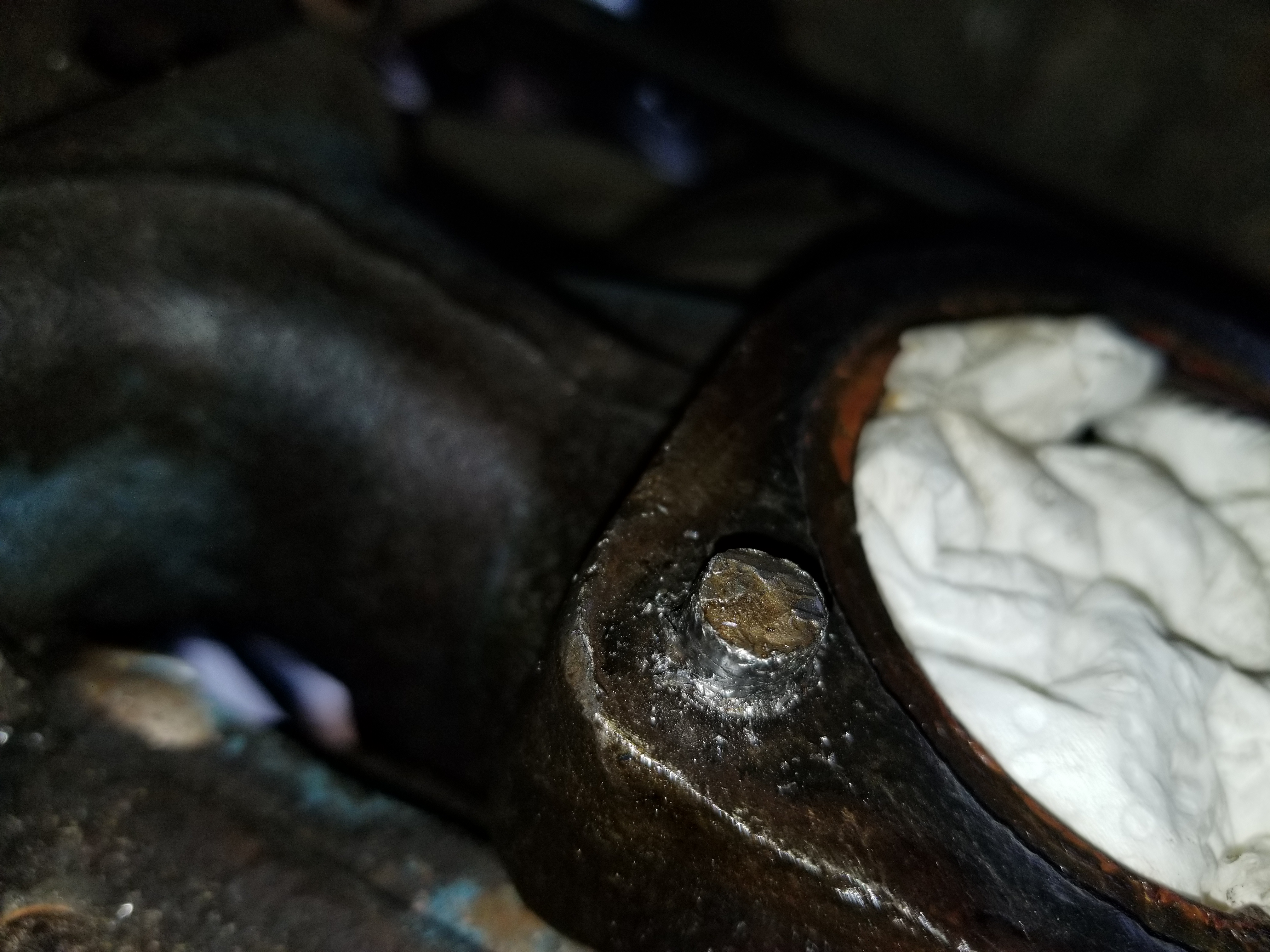 I needed to find someone that had a lot of experience drilling out broken bolts and could helicoil it as well. I couldn’t emotionally afford for this to go wrong so I was willing to pay someone to get the job done right. Every mechanic door I walked through, I walked back out defeated. Either they were too busy to help me anytime soon or they just straight up refused to work on anything as old as Mander. I opened the door to Paul’s Automotive and ended up talking with the Manager, Paul’s son, Jeff. I told Jeff my predicament and he gave me a fairly strong no. I don’t know if I could sense some wiggle room in that ‘no’ or I was just utterly desperate but I didn’t accept it. He told me he didn’t have room for me in the shop and I told him that was fine because I needed him to come to me anyway and I was just a few blocks away. He told me he wouldn’t have the right tools outside his shop, I told him I would rent an air compressor so he could bring his tools. He told me his back was injured and he might not be able to get in the right position to do the job, I told him I had Chinese medicine muscle relaxer patches that I would cover his back in. I told him I would buy him pizza. I told him I would buy him beer. I begged. I pleaded. And he wavered. I left his shop with a ‘maybe’. He said he would see how his back felt the next day and if it was ok, he would come over and look at the job.

I took my ‘maybe’ back to Mander and sat on it like an egg that was going to hatch into a ‘yes’. And sure enough it did. Jeff felt good enough to come look at it and he brought a couple of his portable tools to see if they would work instead of needing a compressor. The final verdict was he would come back on the weekend and drill it out for $100. It was the win I needed to give me the energy to keep moving forward. I picked up my freshly cleaned, painted and patched radiator from the shop and started to put everything back together again. 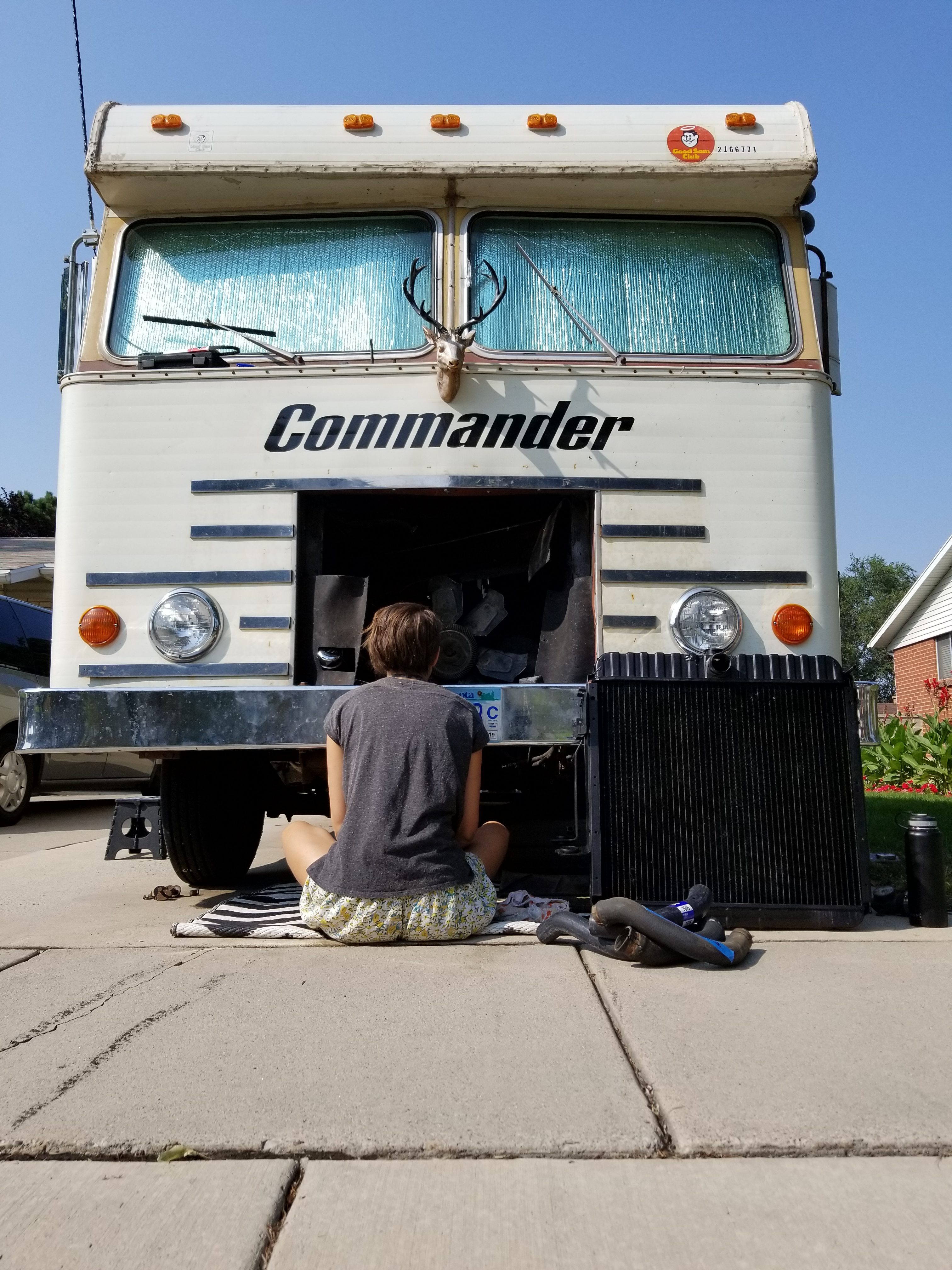 I just want to take a moment here to appreciate Mander. When I pulled that radiator and looked inside, the first thing I felt was wicked impressed. Mander brought me from MN all they way down to the Texas coast, up and down mountains, and then back north to Salt Lake City. How she did all that with a radiator full of sludge and not overheat until now, is beyond me. She’s one tough mamajama if you ask me! That radiator had to be cleaned twice to get it back in shape and I made sure to flush the water jacket around the engine as well. She more than earned this attention.

I picked away at putting Mander back together again until Jeff showed up. It was dark but he got to work with the help of a head lamp. He drilled out my nightmare fairly quickly and then put new threads in. He could have left it at that but we were having fun chatting and he helped me finish the job of installing the new thermostat. He cleaned the mating surfaces perfectly, dropped in the new thermostat, and bolted the casing back together. After there was no more work to do, I paid him, hugged him and made sure he knew how much he saved my ass. He told me that if I ever wanted a job as a mechanic that I could come work for him because I do better work than most of his mechanics. I was flattered but told him I was looking forward to the day I didn’t have to get greasy!

It took me a couple more days to finish everything and then I was finally adding brand spanking new coolant. The true test was going to be to fire her up, check the pressure in the hoses, check for leaks and then turn her off and check for leaks again. So I did just that and she passed!!! I did a happy dance and the next day I was pulling out of that driveway. 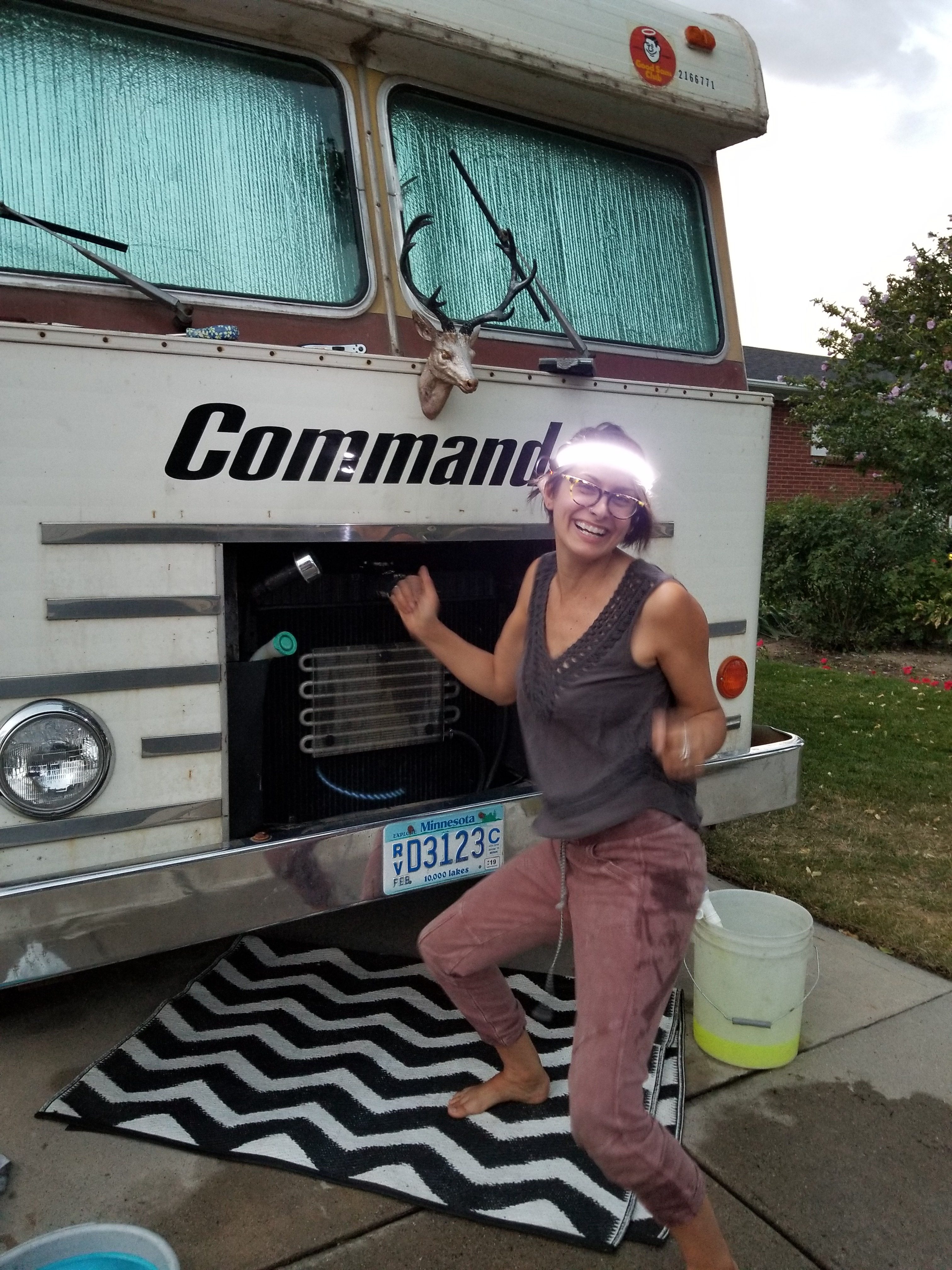 I wish I could say the mechanical drama ended then, but like they say, sometimes it’s gotta get worse before it gets better.