Posted on July 20, 2020 by agirlandhercommander 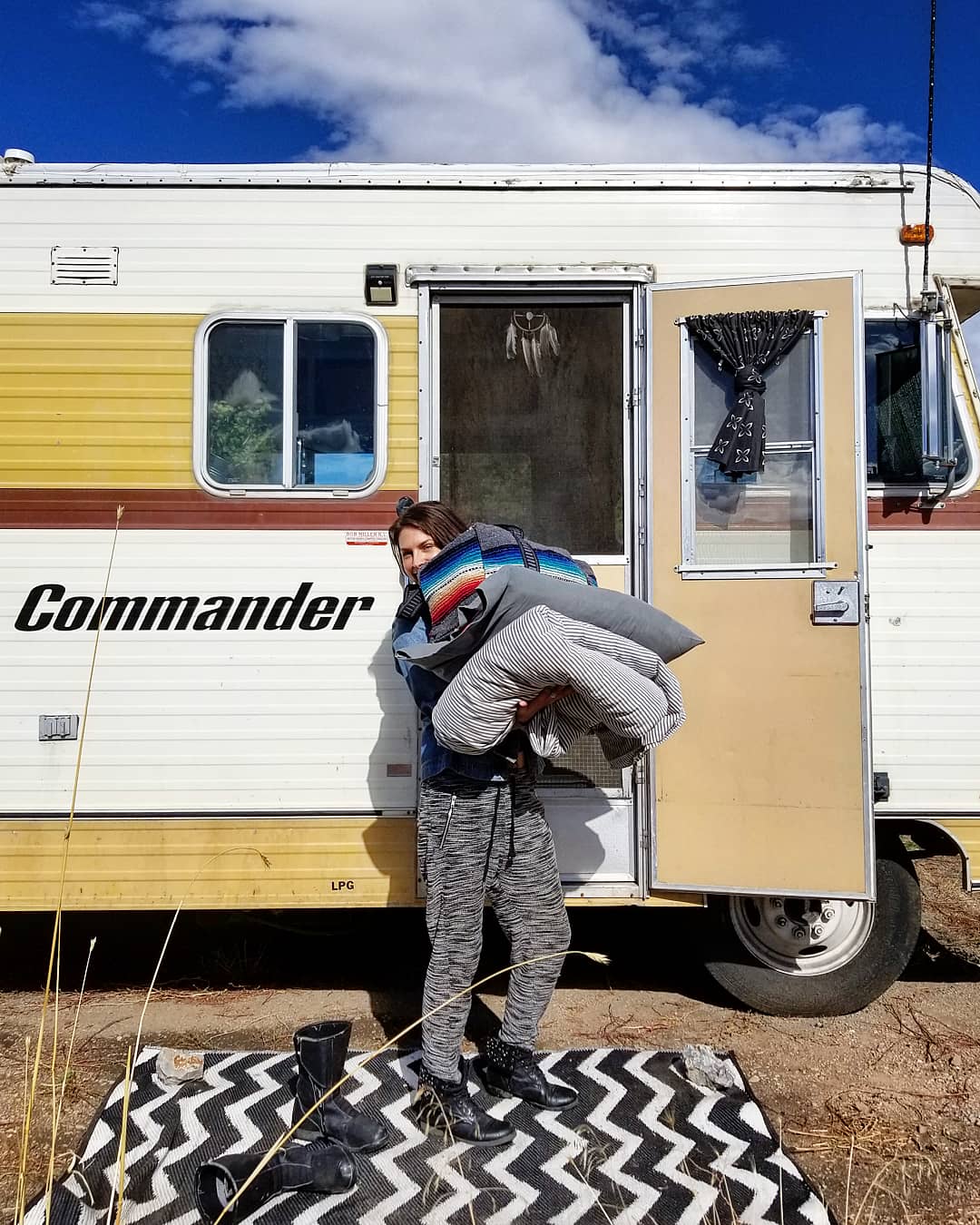 Ok readers. Things have got to change around these parts. As you may have realized by now, I am ridiculously behind on blogging! 2 years in fact! It turns out trying to document my story in long form while traveling is not an easy feat. So here’s what I’m going to do.

I’m going to use this post to summarize my time in Utah (which felt like a chapter closing anyway), write a few more catch up posts and then I am going to try a new blogging style. One that is less focused on recounting all the details and is instead geared more towards short stories and highlighting places I visit. Hopefully, if I make this change, I will start showing up here more often! Sound good? Good! Let’s wrap up the Utah drama, shall we?

With Atreyu on the mend, I moved into the vacant house and drove a very stressful 35 mph on a highway to the transmission shop. It was my 1 year anniversary of becoming a nomad and I was not going to be traveling or even living in my house for the milestone.

Another amazing woman from Instagram, Megan, offered to pick me up and bring me back to the vacant house. The cats and I settled into the room and I settled into a depression. There was something about being on a thin mattress, on the floor of a room with no heat, that felt like the final punch that brought me to my knees.

After a few days passed, the mechanic called and said that it wasn’t the transmission after all! He said that the bearing in the fan clutch had gone out, which was making the fan spin faster and faster as I accelerated which is why it sounded like the RPMs were off the charts. I was relieved that this was going to be a much easier fix. I gave him the go ahead to do the job and decided to have him replace the water pump and fan belt while he was in there. Those were both things I had opted not to do when I pulled the radiator and I wasn’t going to ignore them twice. I breathed a little sigh of relief but still felt very down. Something told me it was premature to celebrate.

Towards the end of the week the mechanic called and said that after a quick test drive, Mander was ready to be picked up. I called Megan for a ride and 10 mins later I got another call from the mechanic. On the test drive Mander had started spewing coolant out of the side of the engine block. The mechanic thought it was the head gasket or best case scenario, a freeze plug. Since I knew that a bolt had been drilled out on that side I encouraged him to look at that area, hoping that one of the bolts that goes into the water jacket had just come lose. This was going to require much more time…and money. I called Megan and told her to turn around. I was crestfallen yet again.

The next week they took off the exhaust manifold to get a better look and sure enough, that bolt hole was leaking quite a bit of coolant. I’m not sure if the previous mechanic had messed up when he drilled it out or time had just done it’s thing, but the bolt was able to wiggle pretty freely inside the hole.

When the mechanic called to tell me what they had found, the solution he suggested was to get a new cylinder head. I just about lost it. That was a MAJOR repair that I could not afford! After thinking about it, I asked him why he couldn’t just helicoil it. He said they could try. Not very reassuring to hear but what can you do when your rig is already taken apart and in someone else’s hands? 1 week turned into 2 as I waited for them to fix Mander. They messed up the helicoil so they had to go up a size which meant they needed to order a new bolt. Oh and did I mention they also discovered that my exhaust manifold was cracked!?

I told my amazing followers on Instagram about everything and one MOPAR enthusiast said he was pretty sure he had a manifold in his shed that I could have. We made sure they matched and I’ll be damned if he didn’t clean that thing up and ship it to me! I paid for rush shipping and was able to get it to the shop just as they were ready to put everything back together again.

Eventually, after 2 weeks of waiting and $2,000, I could go get my house. My resilience had been worn away by months and months of trials and tribulations. Emotionally, I had hit the lowest of lows since living on the road. I don’t think anyone would have blamed me if I had decided to throw in the towel but shockingly the ass kicking brought on a totally different realization. I knew now, more than ever, I wasn’t going back to what my life looked like before. And believe me, I entertained the idea of giving up more than once. Through the cloud of stress and despair, I could still see what I was fighting for. Or shall I say against? I was fighting for adventure and against mind numbing routine. I was fighting for growth and against stagnation. I was fighting for my independence and against the status quo. I was fighting for a life that belonged to me and that’s just not something you let go of once you have it.  So I moved back into Mander with a renewed love for her and prepared to, once again, Mander on.