Posted on December 17, 2020 by agirlandhercommander 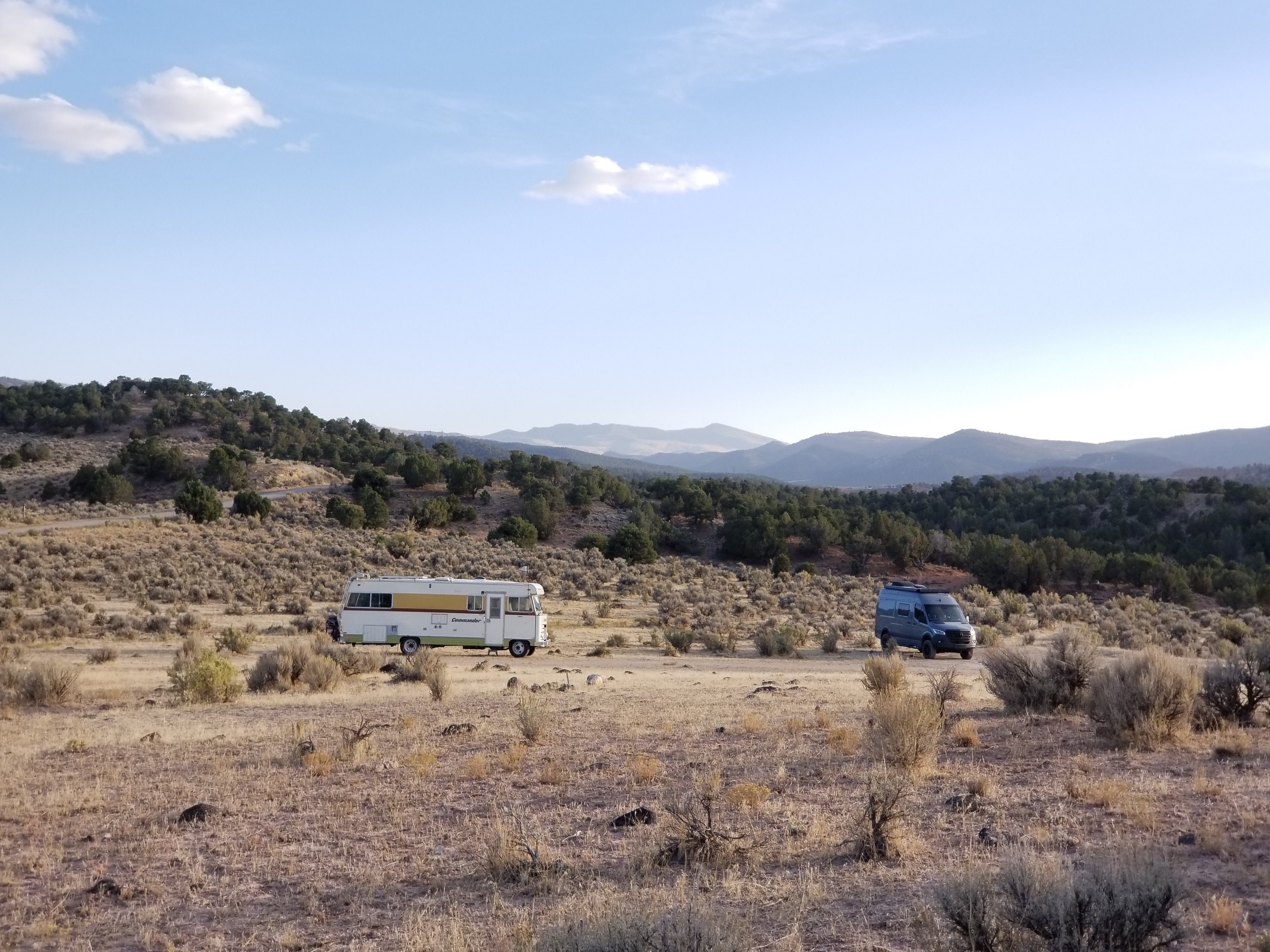 In the spirit of catching you up to date, I suppose I need to tell you a few things that have gone down in my personal life. If you don’t follow me on Instagram you are probably unaware of some bigger changes that have taken place over the last couple years.

After over a year of dating long distance, Jeffrey and I called it quits. I always hoped the “distance” in our relationship would be temporary but it appeared there was no end in sight. Like any couple, we had our fair share of problems, but they became much harder to manage with the added strain of distance. If you know me at all, you know I don’t give up easily. Especially if it’s something I care deeply about. But we had been swimming upstream for quite some time and I was ready to let go and float. I still have love for him, harbor no ill will and wish him all the happiness in the world. He truly deserves it. 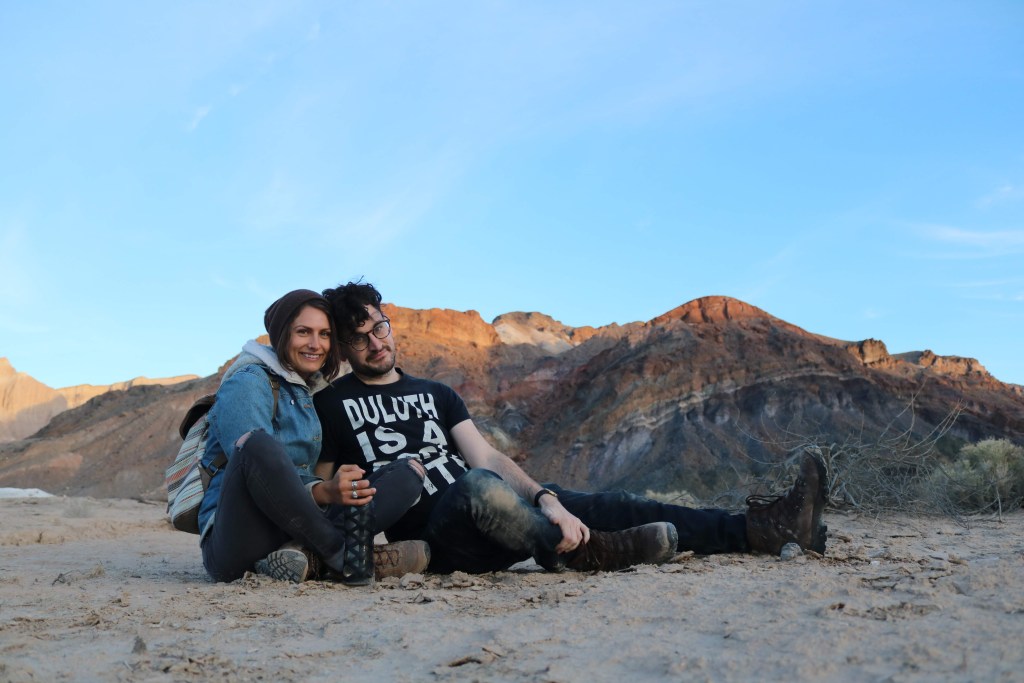 For the first time since living on the road, I was single! I had never thought about dating in this lifestyle and how that would work. Luckily, I’m the type of girl that does pretty well on her own, so I wasn’t feeling like I needed to find a man asap or anything. I started frequenting a coffee shop in Terrebone, Oregon to work on Vanlife: Your Guide to Becoming a Modern Nomad and noticed a cute boy that happen to notice me too. Eventually, we started talking and not only did we get along great, he was a vanlifer as well! He was working temporarily at the coffee shop and lived out of his van to travel to different places for climbing, biking and surfing.

We traveled together and had a relationship for a few months before deciding it wasn’t working out. We made some beautiful memories though! 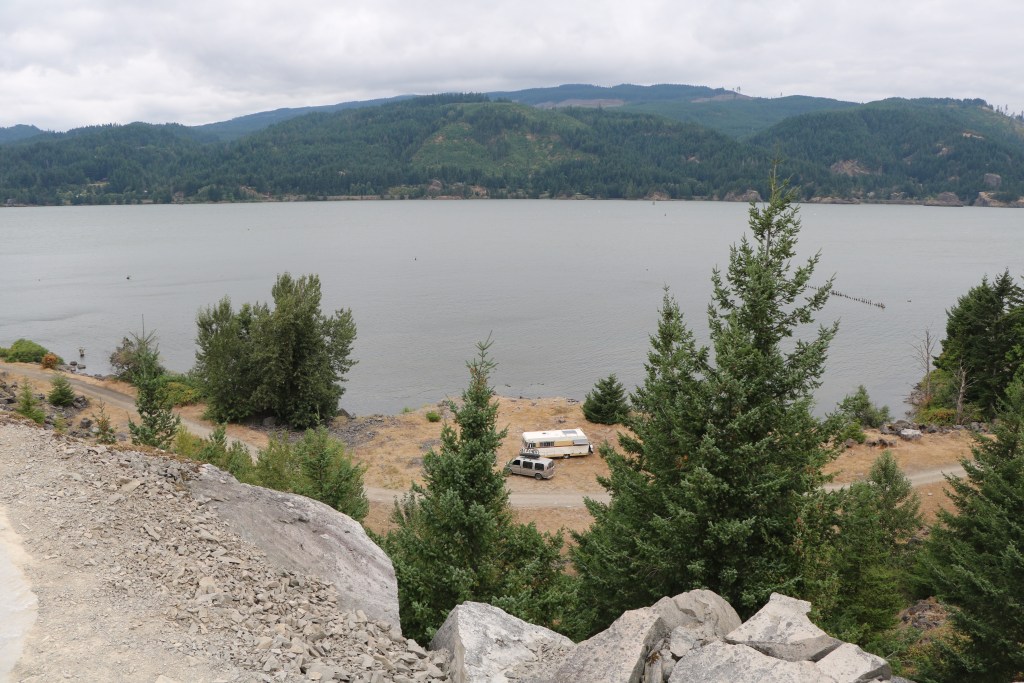 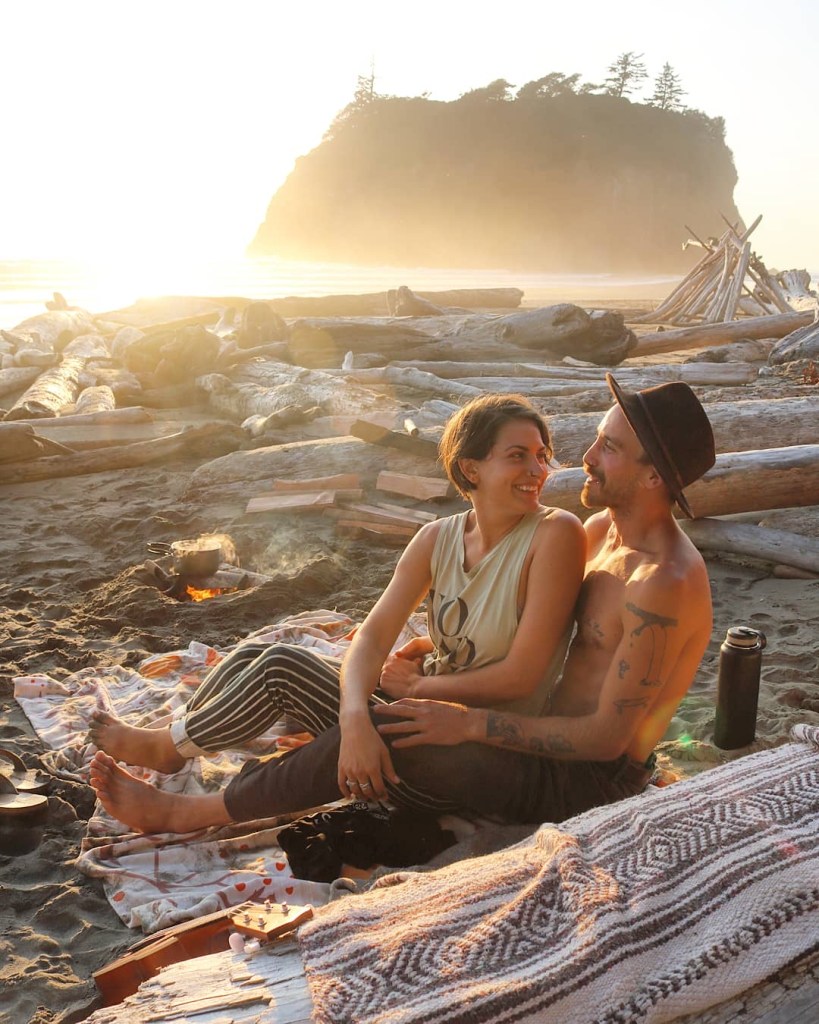 Once again, I was single and doing my own thing when I pulled into a gas station to fuel up my motorcycle. There was a man on the other side of the pump putting gas into his bike too. We exchanged some pleasantries before he realized that he recognized me from the Tiny Home Tours YouTube video that he had recently watched. “Oh! You’re that Commander girl, aren’t you?” We chatted a bit longer and went our separate ways with plans to reach out over Instagram.

Listen, I meet a lot of people living on the road. Whether it be people I’m camping next to, people that are admiring my old rig or people on the trail, I seem to cross paths with a lot of friendly folks. Almost everyone I meet I enjoy talking to but this guy left me…buzzing. It wasn’t excitement that I had met a cute boy, even though he was undeniably handsome, he wasn’t the type I usually go for. It was more of an energetic type thing. I didn’t understand why a brief encounter had such an effect on me, but I was very pleased to see that he had messaged me later that evening.

His name was Jason and through a series of unfortunate events (braking his pelvis and Covid) he was living with his parents in Sun Valley, ID. He had lived in a van previously and now that his pelvis was healed, he was headed into vanlife again (what are the chances!?) We started hanging out and enjoying each other’s company late into the night, talking over tea. I was still unsure if it was a romantic connection but I felt so grateful to have met this man regardless of how things evolved.

Surprise, surprise – things took a romantic turn! I was enjoying my time in Idaho with Jason so much that I overstayed my 16 day limit in the National Forest, got a $130 ticket (worth it) and the boot! BUT Since the universe was conspiring in our favor, Jason’s van was ready right about the same time I needed to leave. We started traveling together and 4 months later, we still are! 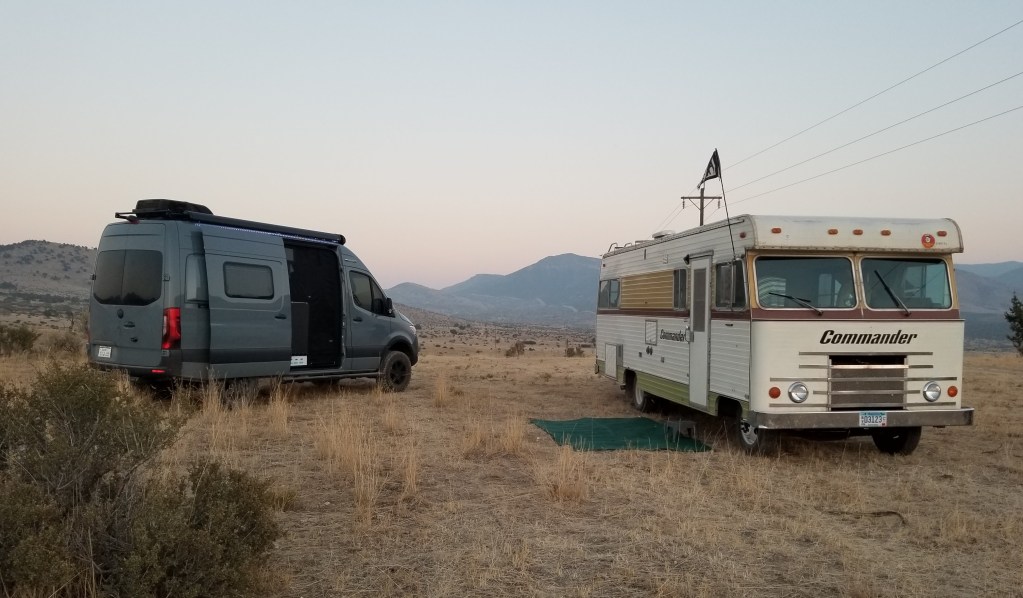 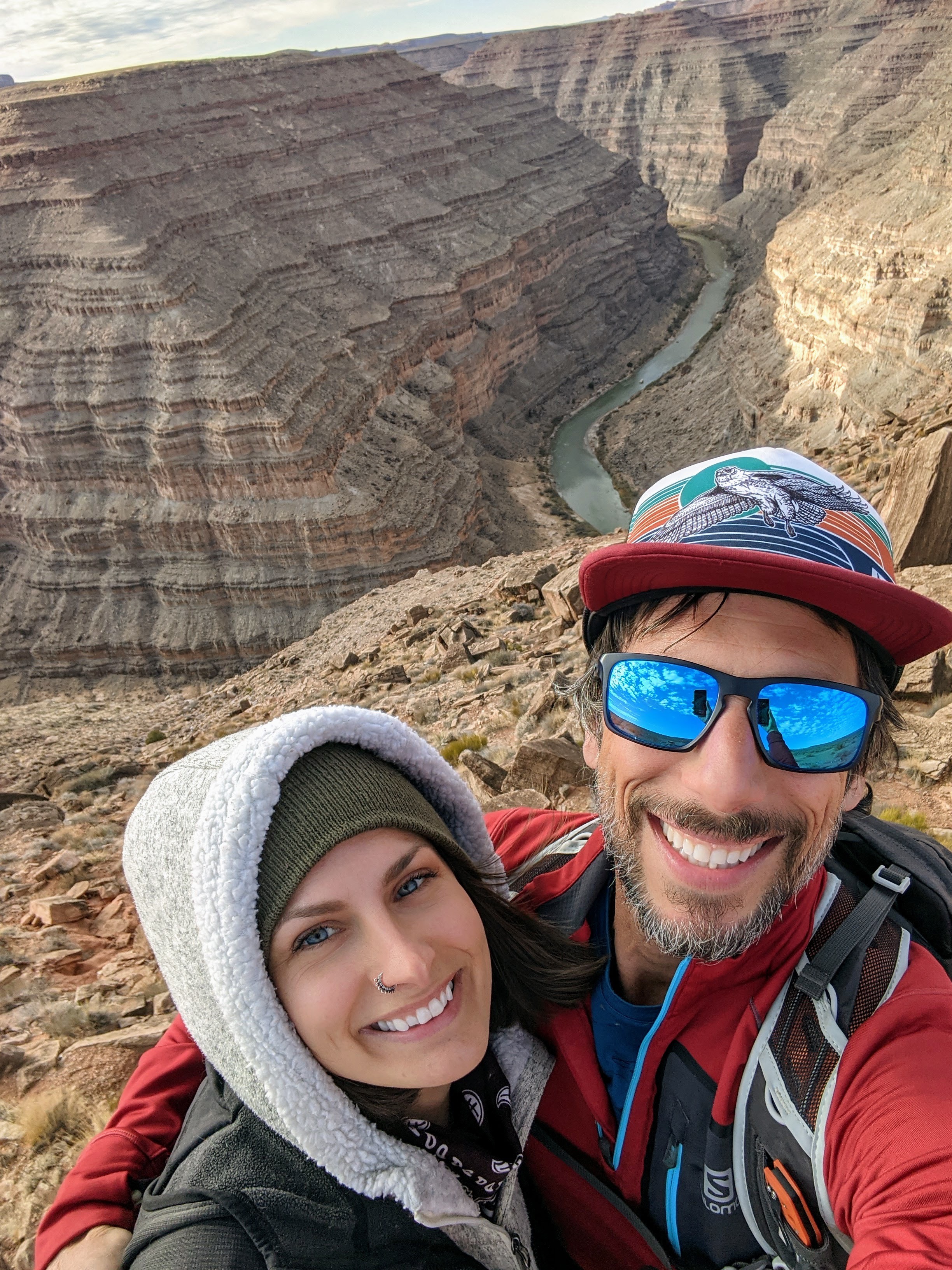 Dating while living on the road together is extremely challenging. It’s full on and very little mystery survives. No one leaves for work, “going home” is usually just a handful of feet away and you are basically living and traveling with someone you just met. Add on the complications of navigating a new relationship and you find out pretty quickly if it’s gonna work or not. I’m happy to say that things with Jason are refreshingly different. Dare I say this is the first emotionally mature relationship I’ve ever been in!?! We are different in ways that challenge us but during conflict we both decidedly put love and the health of our relationship first. Maybe dating someone that wasn’t my type is just what I needed! 😉 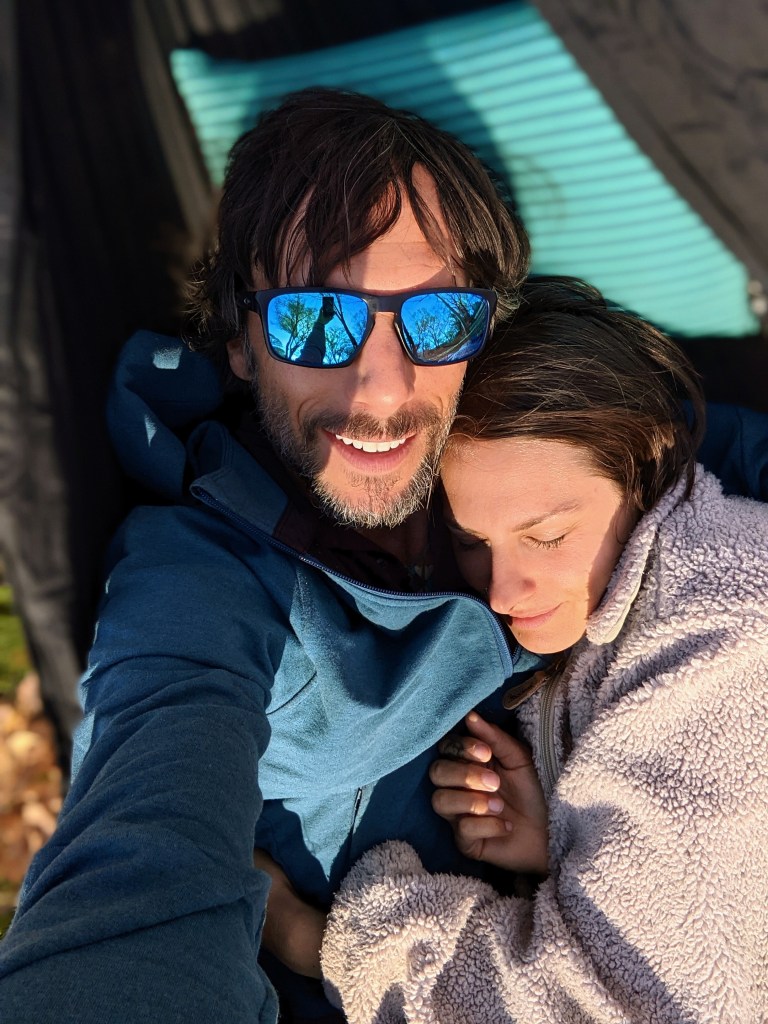 Well, that may have seemed like a parade of men but may I remind you that this recap is over an almost 2 year period of time. Hopefully, I won’t have anything new to report anytime soon in the dating category!

On a much sadder note, I had to say goodbye to Atreyu in December 2019. He developed kidney disease but I decided to treat him at home with sub Q fluids twice a week. His quality of life was still up there for a while, in fact, I was able to improve his kidneys a bit! 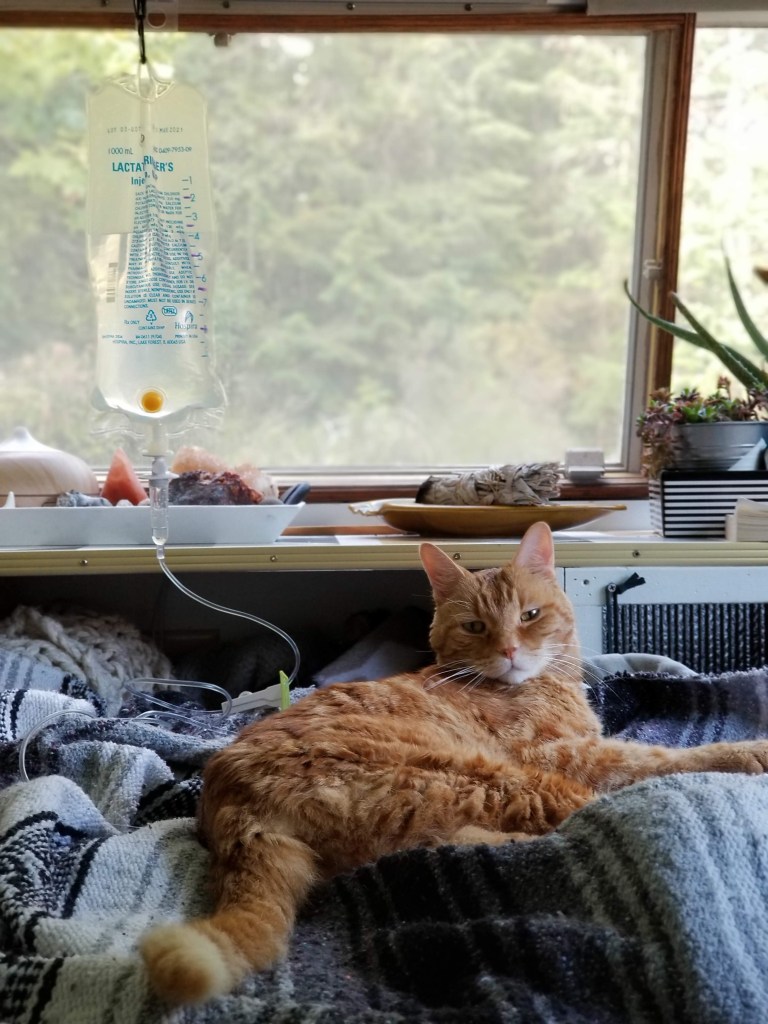 Unfortunately, he started having seizures, the vet found a mass in his stomach and slowly, he went downhill. I was extremely lucky to be staying with friends when this happened and was able to bury him on their property. 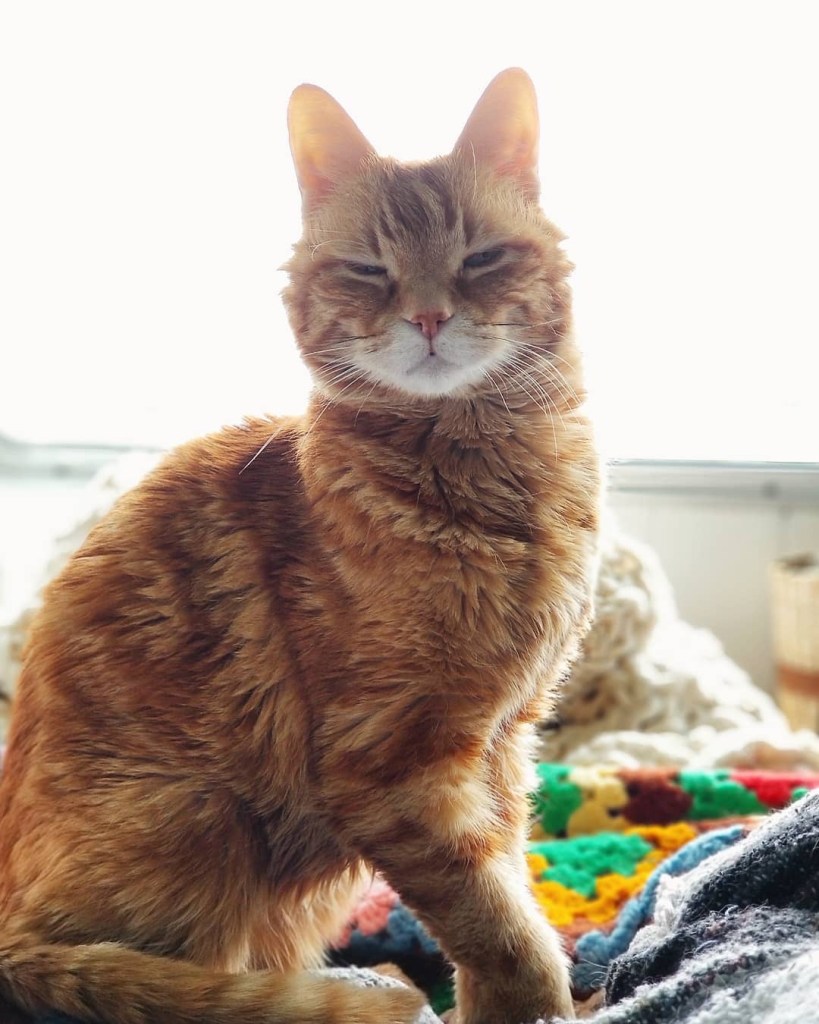 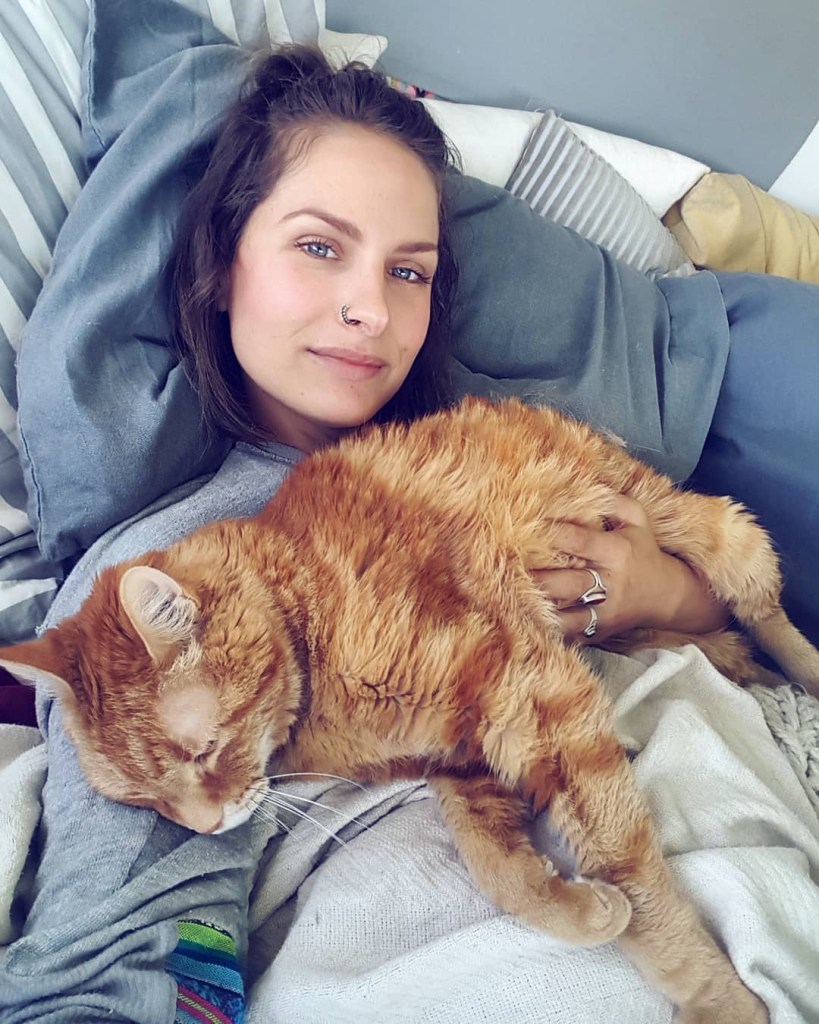 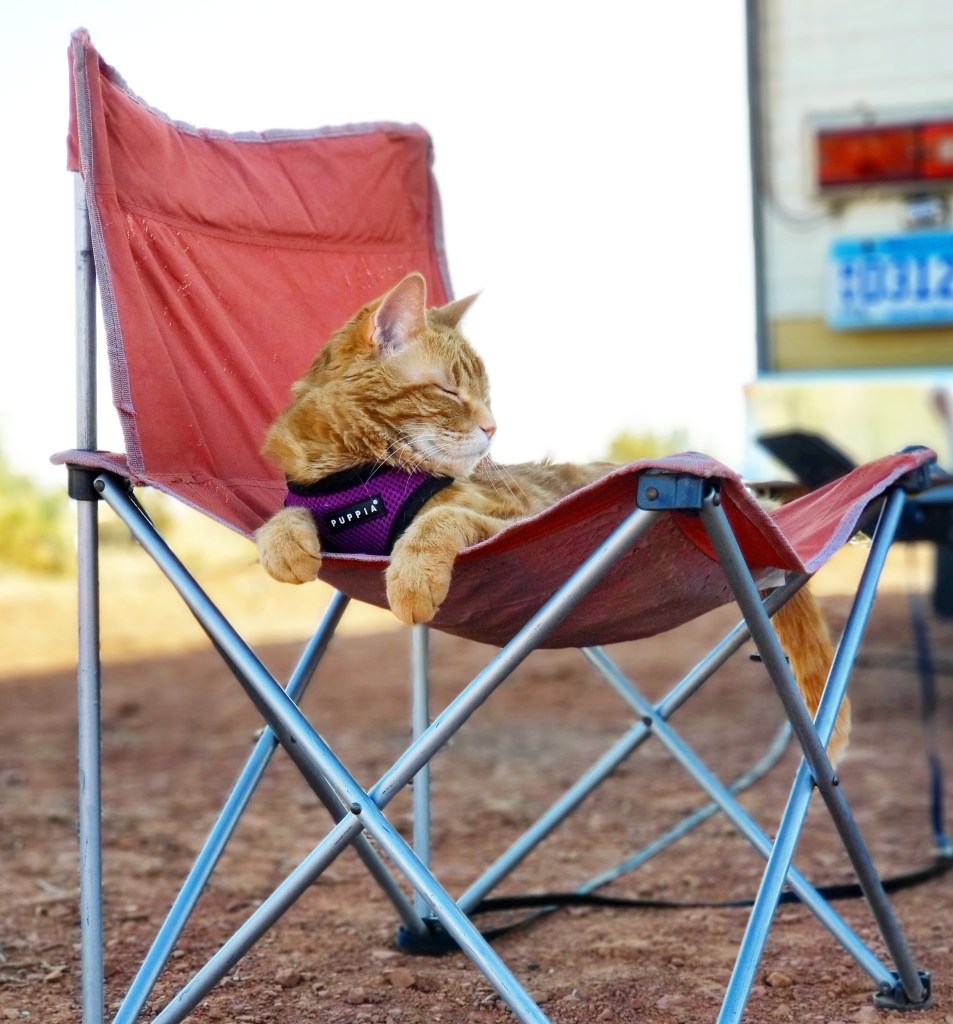 We had 15 years together and I’m grateful for every one of them. I still miss him and my heart still aches but it gets a little better every day. Moonchi has flourished as a single cat and picked up the cuddling slack Atreyu left behind (thank god!). Oh and Moonchi gives Jason 2 furry thumbs up – which we all know would be a deal breaker if she didn’t. 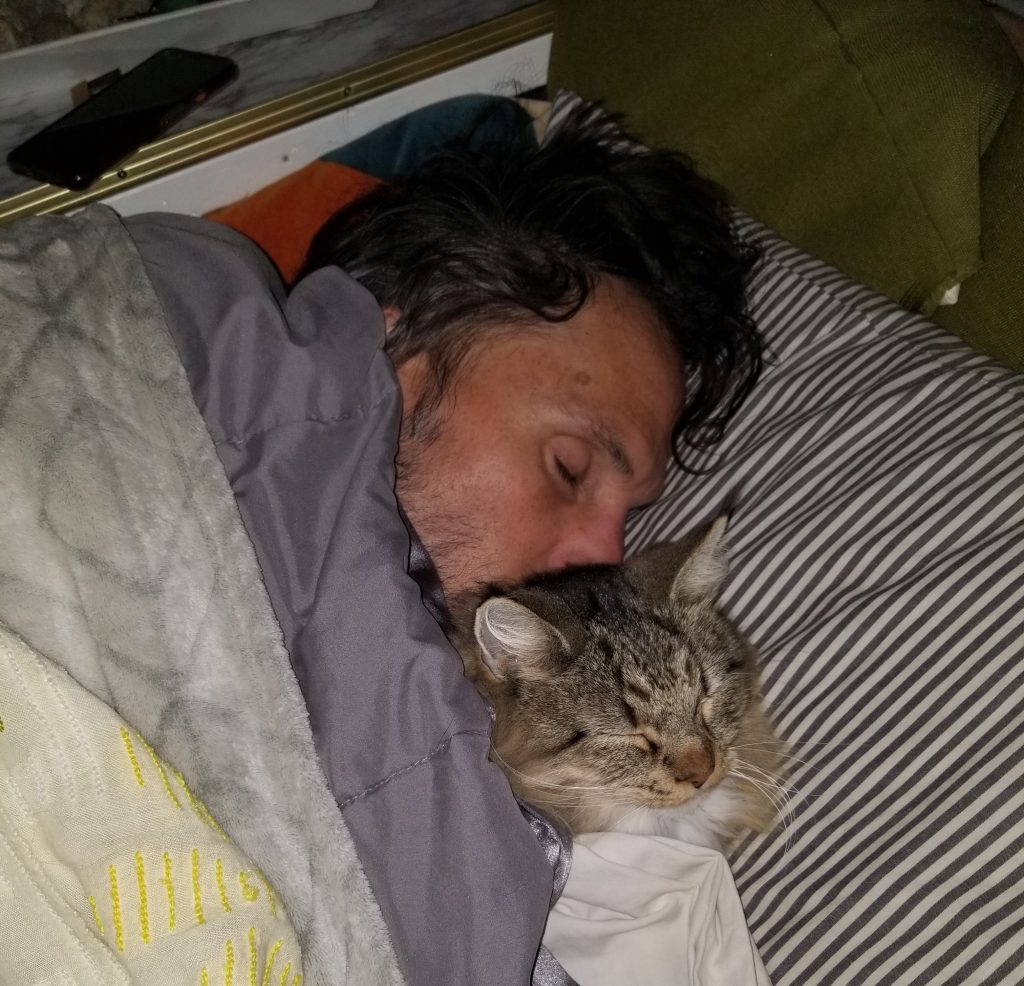 That should conclude the catch up/wrap up posts! There is definitely some things I haven’t made you privy to that will probably pop up in future posts, but I feel pretty confident that you now know all the major bullet points of the last 2 years. Thanks for sticking around for my slow blogging ass. Here’s hoping a new blogging style will be a better fit for productivity!

26 Comments on “Personal Life Catch Up”